Despite being two weeks away from release, someone decided to fork up 1300 dollars to buy a – possibly stolen – copy of No Man’s Sky.

You can see an image below with the eBay purchase history. The guy also made a video of its unboxing, which got uploaded to Dailymotion. He also puts the disc into his PlayStation 4, which recognizes it as Hello Games‘ game.

That doesn’t seem that fake then, but the eBay screencap of the disc does look a forged one – you can see a misalignment of the print on the top of the Blu-ray. That shiny part isn’t supposed to be there. (This fake image is for another eBay bid, where the disc was sold for two grand.)

Who can understand this almost insane payment, though? Why spend over twenty times the price of the game just to play it two weeks before release? Sean Murray, the creator of No Man’s Sky also responded to this event on Twitter: „We’ve spent years filling No Man’s Sky with surprises. You’ve spent years waiting.  Please don’t spoil it for yourself :(” 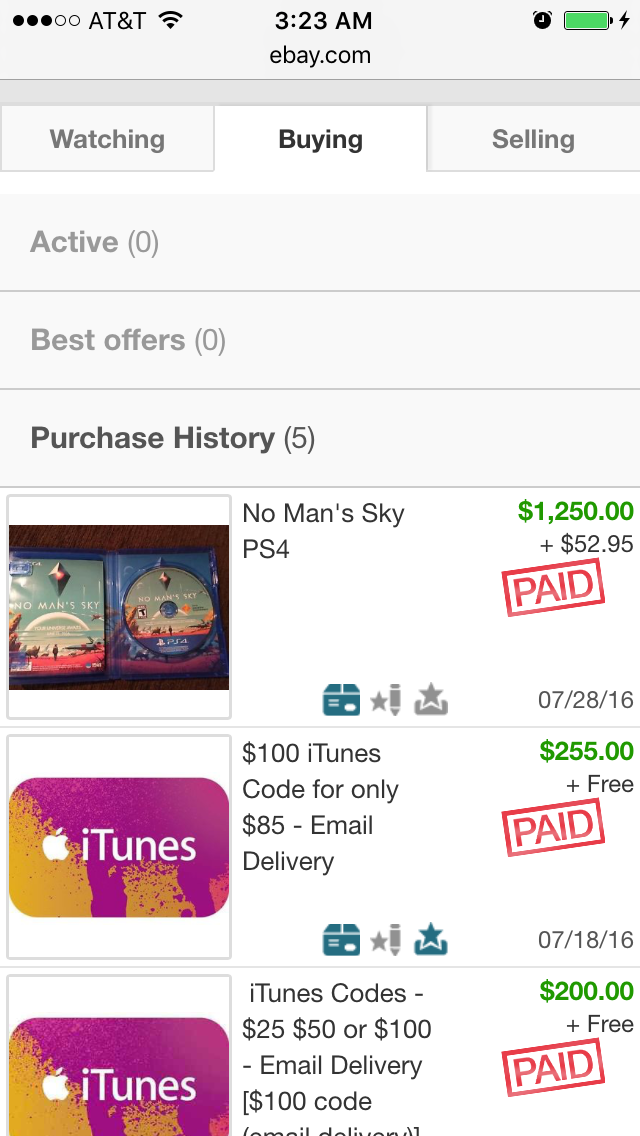