Stardock’s CEO says that the new Microsoft console has a lot of power under the hood.

Stardock was founded in 1991. It is an American software developer company, which also acts as a publisher on the PC market. As the Brad Wardell-led company has been working together with even Microsoft among other big names, the CEO can have some insider information of the Project Scorpio. He shared a few thoughts on Twitter.

Wardell also said that only them (along with OxideGames) have a core-neutral engine, which is essential in utilizing the most power of the console with DirectX 12 and Vulkan APIs. Other developers will need a few years to get there, and using these APIs could also shorten the loading times, as the GPU would be getting the graphical assets in multiple threads in parallel. He also hinted at an AAA game being developed with this Nitrous engine.

With Sony, we haven’t heard anything similar. When will the developers hit the wall on the PlayStation 4 Pro? Also, a Spanish retailer site, Extralife.es, could have leaked the price of the Project Scorpio: 400 euros (400 dollars in the USA), which is hundred lower than the previous possibility of 500 bucks. The PS4 Pro came out with a 400$ price tag in November… so it may be the time for Sony to cut its price? 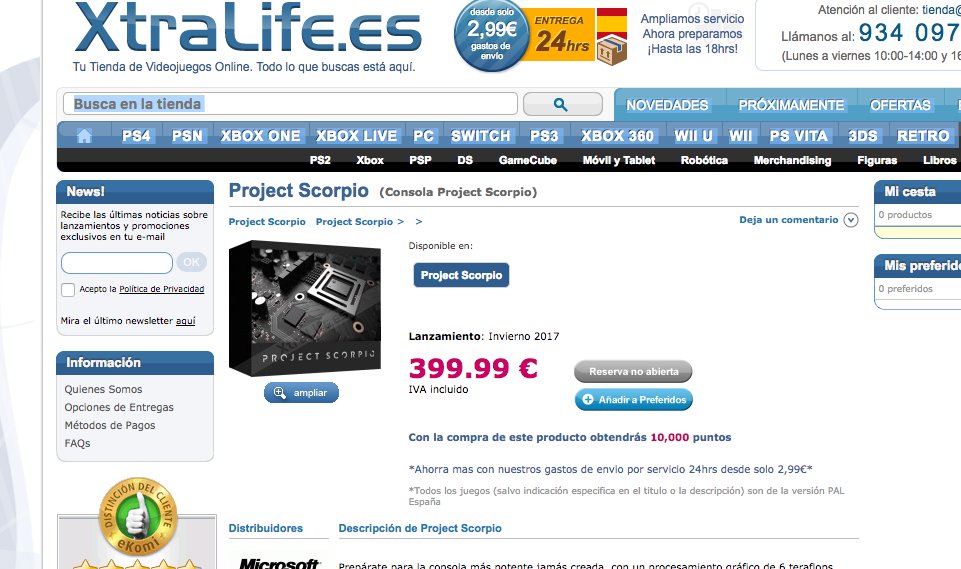 Re Scorpio: 12GB of GDDR5 memory means (for some years) no real technical limit on games.

@JezCorden meh. How many video cards have 8gigs of Gddr5?

And it’ll take a couple years to make a AAA level core-neutral game to fully utilize the power like Scorpio and APIs like dx12/Vulkan.

With @ashesgame it was our first real test of Nitrous (our multicore engine). We love it but it’s not AAA.

One big feature of @DirectX12 and @VulkanAPI that ppl don’t hear much is that I can load gfx assets to the GPU from multiple threads.

Most of your loading screen time today is caused from processing textures and meshes. In dx12/Vulcan, this can easily be done in parallel.