Final Fantasy 7 Remake And Kingdom Hearts 3: Just WHEN We Are Getting Them?! Square Enix keeps pushing two of its games further and further away.

The NeoGAF forum users have found something in Square Enix’ latest investor briefing, which included a list of the upcoming releases. Multiple games got an FY 2018 release (April 2017-March 2018), however, the episodic Final Fantasy 7 Remake, and Kingdom Hearts 3 didn’t receive a release window at all. The same happened to Square Enix’ Marvel games, but those make sense, as the Square Enix-Disney collaboration announcement didn’t happen a long time ago.

This scenario means that these two games, as well as Crystal Dynamics’ Avengers project, and Eidos Montreal’s unannounced, rumored Guardians of the Galaxy could see a launch in April 2018 at the earliest. Perhaps Square Enix will say something about these titles at E3. 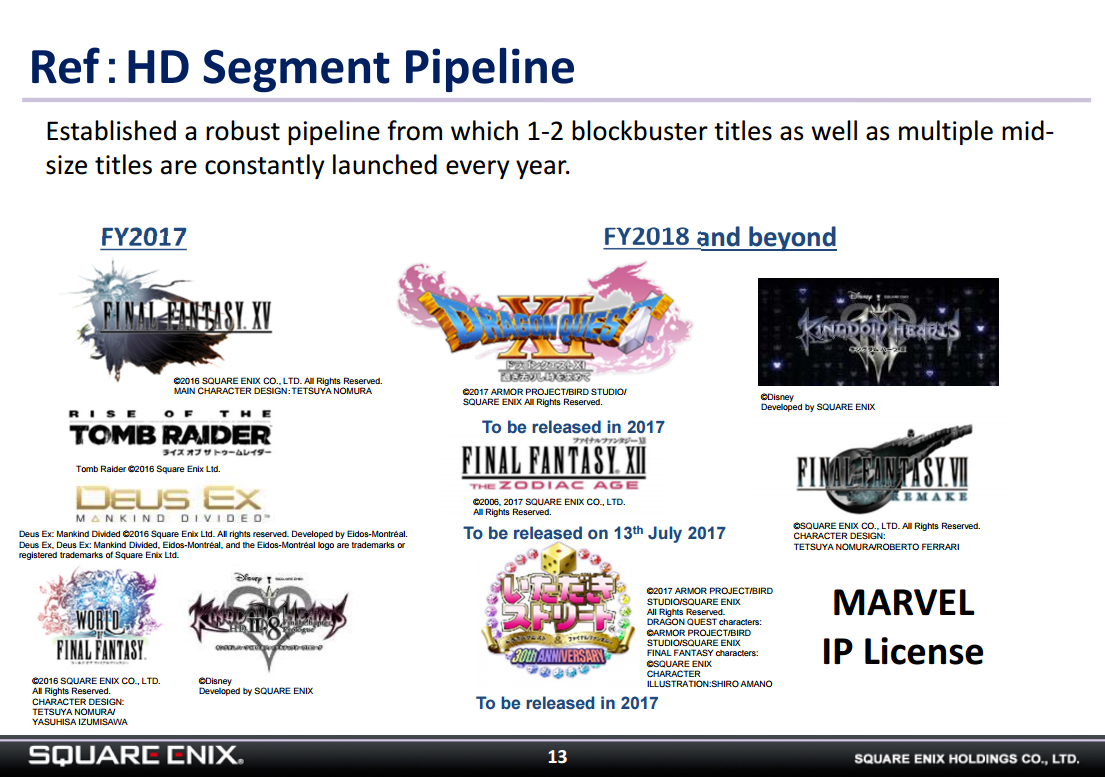