Dishonored: Death Of The Outsider – Goodbye! REVIEW – With this standalone DLC called Death of the Outsider, this plotline and the character roster sees its way out the door. This game isn’t a new, full-fledged Dishonored title, and bidding adieu to Corvo et al is bittersweet, yet it feels new a bit. How time flies: the first Dishonored launched five years ago!

It feels new a bit indeed. You don’t have to chuck mana potions down your throat, as our protagonist, Billie Lurk doesn’t have the mark of the Outsider (Corvo and Emily does), which means she has fewer skills. In return, she gets regenerating mana, and that somewhat modifies your usual gameplay a bit. Just a bit, as most of the five chapters, go on the route of stealth, which became oh-so-loved in the first game half a decade ago. A quick mention for the careful: with the Foresight skill, you can have a peek around to discover what lies nearby, which never hurts! One more thing: Displace is something you’ll often use, as it offers quick movement through the somewhat large maps.

The name of the game doesn’t mean by default that the Outsider will die. Whoops, I just spoilered, as there are two endings. Billie will get a choice, but until that event, she will have to get to the Outsider and to achieve that, Daud, her mentor will offer help. You might be familiar with him from the first game. Too bad he usually just shows up in the between-levels, comic book styled cutscenes, mostly on Billie’s defunct ship, the Dreadful Wale, which seems to act as a semi-hub of the game. Time-wise, we are a few months after the events of Dishonored 2. The story doesn’t feel like something large, which is a shame after the previous games. Aww!

Chaos, but not in the way you’d initially think: there is no Chaos System present in the game, which means there is no moral decision to kill that guard or just knock him out to let him live another day. The game will rate you, though (how many times were you detected? how many items did you find? how many enemies, including the Outsider’s team, the Eyeless gang, did you neutralize?), but the change doesn’t come off positively. There’s not much risk involved, which usually made me reload, reload, reload in the first game. 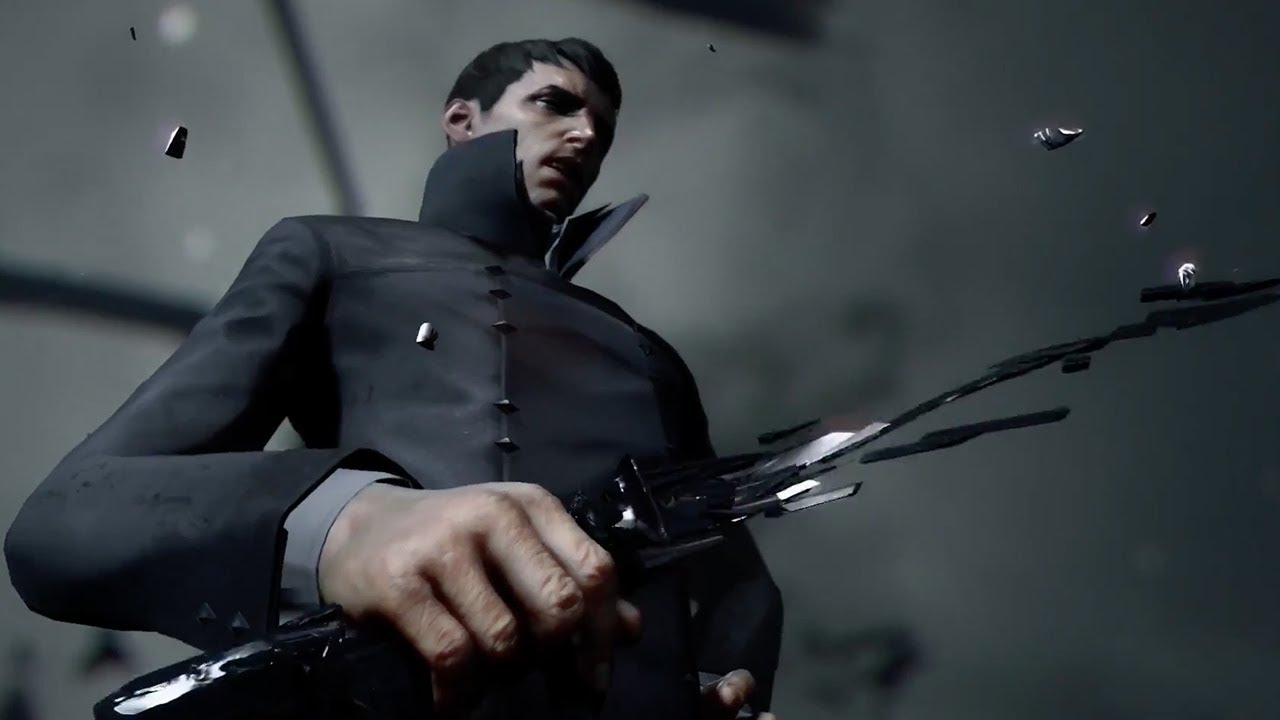 The game’s artificial intelligence isn’t bad, to be honest. It’s miles ahead of what I saw in Echo a few days ago, and because of it, you should give your arsenal a try – due to no Chaos System, your playthrough style will not trigger one ending or the other, and thus, in the short time you reach the end of the game, you are somewhat free to do around Karnaca.

Back to the time thought: for me, it took eight hours and fifty-four minutes to complete Death of the Outsider, and this timeframe included side missions (or contracts, as they are called here) during the five chapters. The Black Market of Karnaca will offer you some items and gear if you are wealthy enough.

Visually, Death of the Outsider followed the formula seen in Dishonored 2. However, for me, the first game’s visuals were more memorable, but that doesn’t mean I hate what I saw in 2. In audio, it’s not weak either, so in these two factors, there are no major issues that need to be mentioned. Death of the Outsider tried to stray from the already beaten path, but it didn’t completely follow through, which held the game back. Arkane could have experimented harder than ever to give us a brief taste of the future (because there WILL be a Dishonored 3, no matter what…).

We are now waving goodbye to Corvo, Emily, and the others, and the result is just a solid 7.5 out of 10. Despite the challenges (such as the Ironman mode, that’s insane), the story isn’t that memorable, it wasn’t rolled further the way I thought it should have been, and Daud should have been given a bigger role than what he got. It’s good, but it’s not as good as the other two Dishonored titles. I’d only buy it for about 15 bucks, no more – only if it had more Bank segments, which was the highlight of the game.

+ No Chaos System – you can play more… carelessly
+ Audiovisually, it’s still decent
+ Billie and Daud’s characters are positive on their own

Spread the love
Tagged Dishonored: Death of the OutsiderFPSreview Empire of Sin – Crime Does Pay?