RAGE 2, Splinter Cell, Just Cause 4 and Gears of War 5 among the titles present. Id Software already reacted to the Rage box cover…

Walmart, a major retail chain of American origin, has listed through its official website for Canada a large number of upcoming industry releases that could indicate, always with their feet on the ground before this type of information, the imminent announcement of its developments on the part of those responsible.

Visible at the time of writing the news, among the current titles are common video games of the rumorology of recent months as Splinter Cell, Gears of War 5, LEGO DC Villains in addition to new installments of Forza Horizon and Assassin’s Creed , others already confirmed in the past although little active in news since then as Borderlands 3 and currently unpublished proposals such as Just Cause 4 and RAGE 2 . It also mentions other adventures that could announce its exact launch date at E3 2018.

Of course, the presence of numerous video games not confirmed by the publishers could well be a simple tactic of positioning the store before its hypothetical announcements. It will touch waiting for E3 2018 to know the certainty of this information. Below is the complete list of titles housed in the commercial platform. 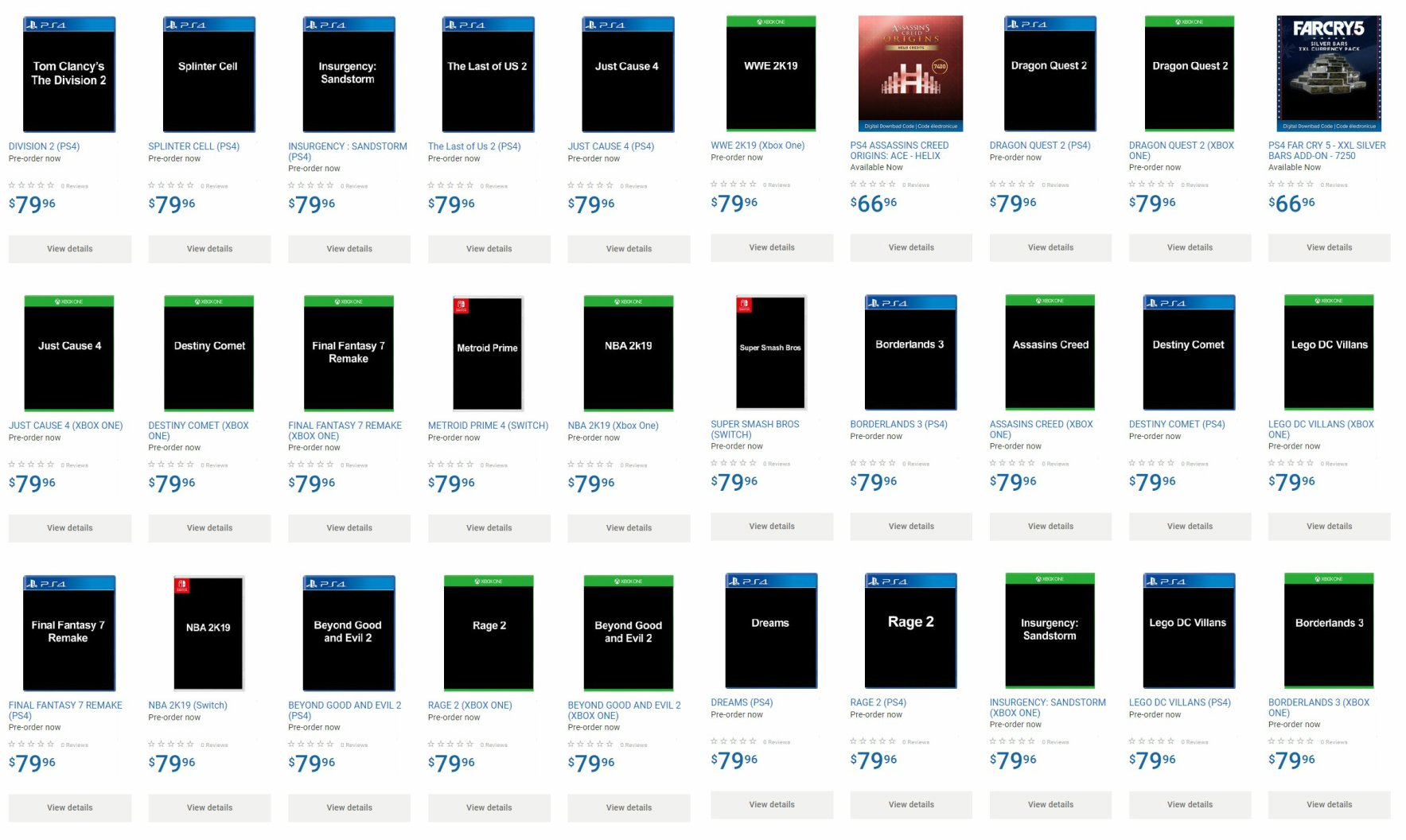 Id Software also joked about the apparent filtration of RAGE 2

“Wrong font, and it’s not capitalized,” they show the store that has released the information.

Without an official confirmation of its responsible, the Id Software team has joked about this leak, pointing out to the store responsible for it that the game’s title is wrong. “Wrong font, and it’s not all in capitals :(“, they have written through the official RAGE account on Twitter.

Bethesda itself, the publisher of Id Software video games, has replicated the issue with a simple and direct meme.

This is why we can’t have nice things. https://t.co/ZhOHGsITfp

Without more information about the new video game in which the DOOM creators work , all that remains is to wait for E3 2018 to learn about the next projects of the company.