Just Cause 4 Got Leaked Via An Advertisement! The ad showed up on an unexpected website no less.

The situation is a little confusing, though – let us explain why: Avalanche Studios, the makers of the first Just Cause games, are now co-developing Rage 2 with id Software, and they also just announced Generation Zero, an open-world survival title. Do they have the capacity to work on Just Cause 4 as well? We have no idea!

The question is likely going to be answered at E3, during Square Enix’ press conference. However, let’s also mention where the advertisement showed up, which immediately rules out those who would scream „fake news” – the image below is from Steam, and Just Cause 4 already has a store page as well, although it’s hidden at the moment, as it redirects us to the main page.

So, another sequel is going to be announced next week… but won’t it be too much Just Cause? 3 came out in December 2015 on PlayStation 4, Xbox One, and PC… 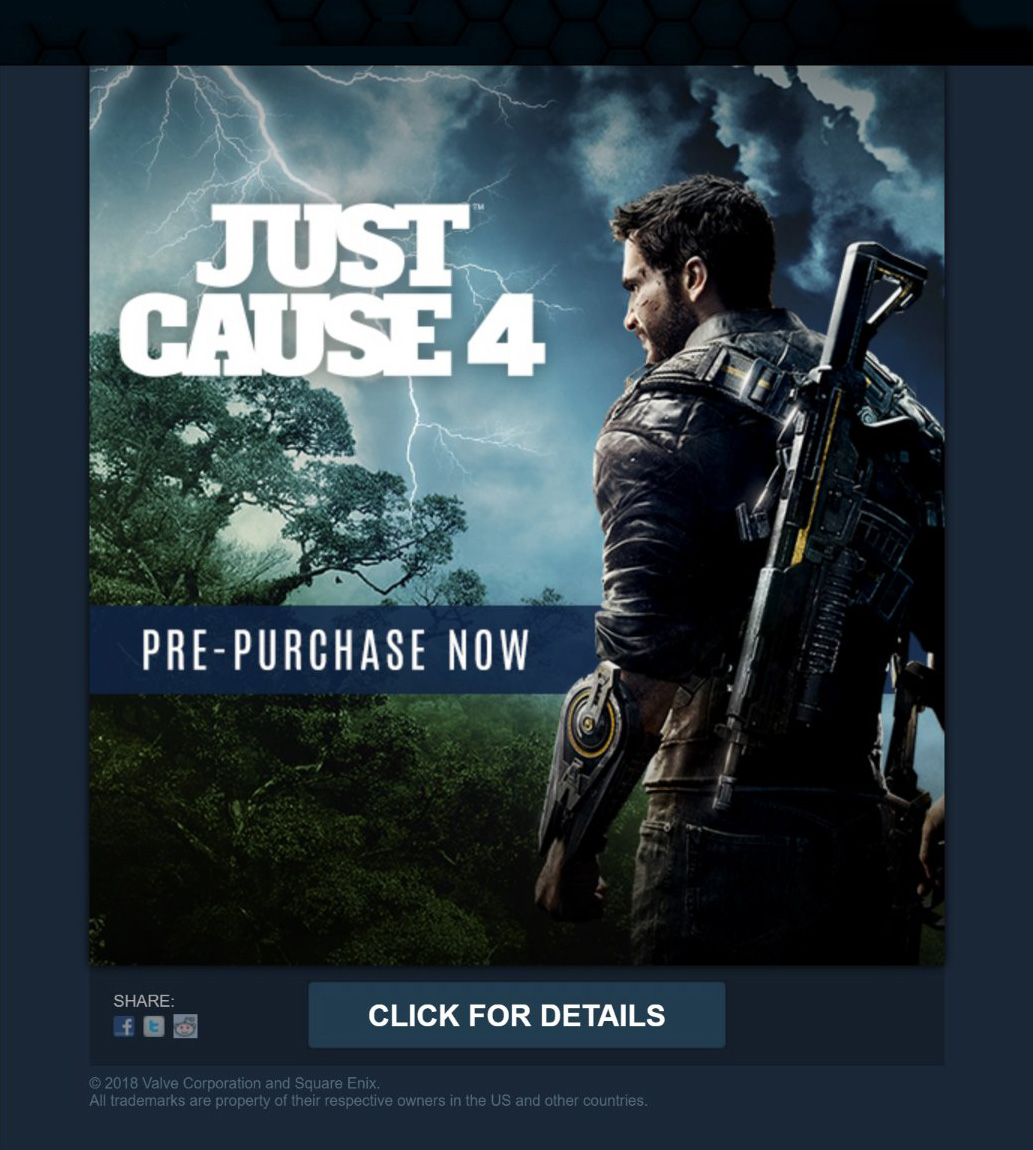