TECH NEWS – Microsoft’s Hypezone is currently exclusive to their streaming service at the moment.

Mixer isn’t as popular as Twitch, but we cannot ignore it, especially if we mention the Hypezone. This program is using artificial intelligence to analyse multiple things on a stream. For example, in Fortnite, it checks the player, their building, whether they play solo or not, the fatal fields, the number of killed and remaining players, the amount of health and armour, the active weapon, the webcam of the streamer, and their used platform to play the game on (for example Xbox One). Taking all these into consideration, it defines how exciting the match is, and it shows the most exciting portion of it. If the game ends, it moves over to another stream. Of course, there is still a lot to learn (machine/deep learning), and there are more games out there than Fortnite, but still, it is an exciting thing to see. On BBC‘s website ), there’s also a quick, one-minute video about the subject.

StreamElements (a company that provides technology for streamers, such as a donation page and the like) has released a report called State of the Stream, analysing Twitch and YouTube Gaming. On Twitch, in 2018, we watched 9.36 billion hours of content (which, if our calculations are right, are 390 million days or over 1 million 68 thousand years…), which, compared to 2017, is a 25% increase. On YouTube Gaming, this figure is 2.3 billion hours, but it’s a 104% year-on-year increase. Mixer also got mentioned – only 167.96 million hours, although it’s another massive increase from 2017 (179% – and Hypezone might push it further in 2019).

We can also compare the most played games of 2017 and 2018 – PlayerUnknown’s Battlegrounds fell from 2nd place to 5th, and its direct competitor, Fortnite, has taken the lead, dethroning League of Legends to second place. Interestingly, the IRL (in real life) streams came ahead from 7th to 3rd, but all categories were included in 2018 after Twitch splitting IRL to three categories (just chatting, food/drink, travel/outdoors).

Streaming is gaining more and more ground, and the artificial intelligence to it is also evolving… 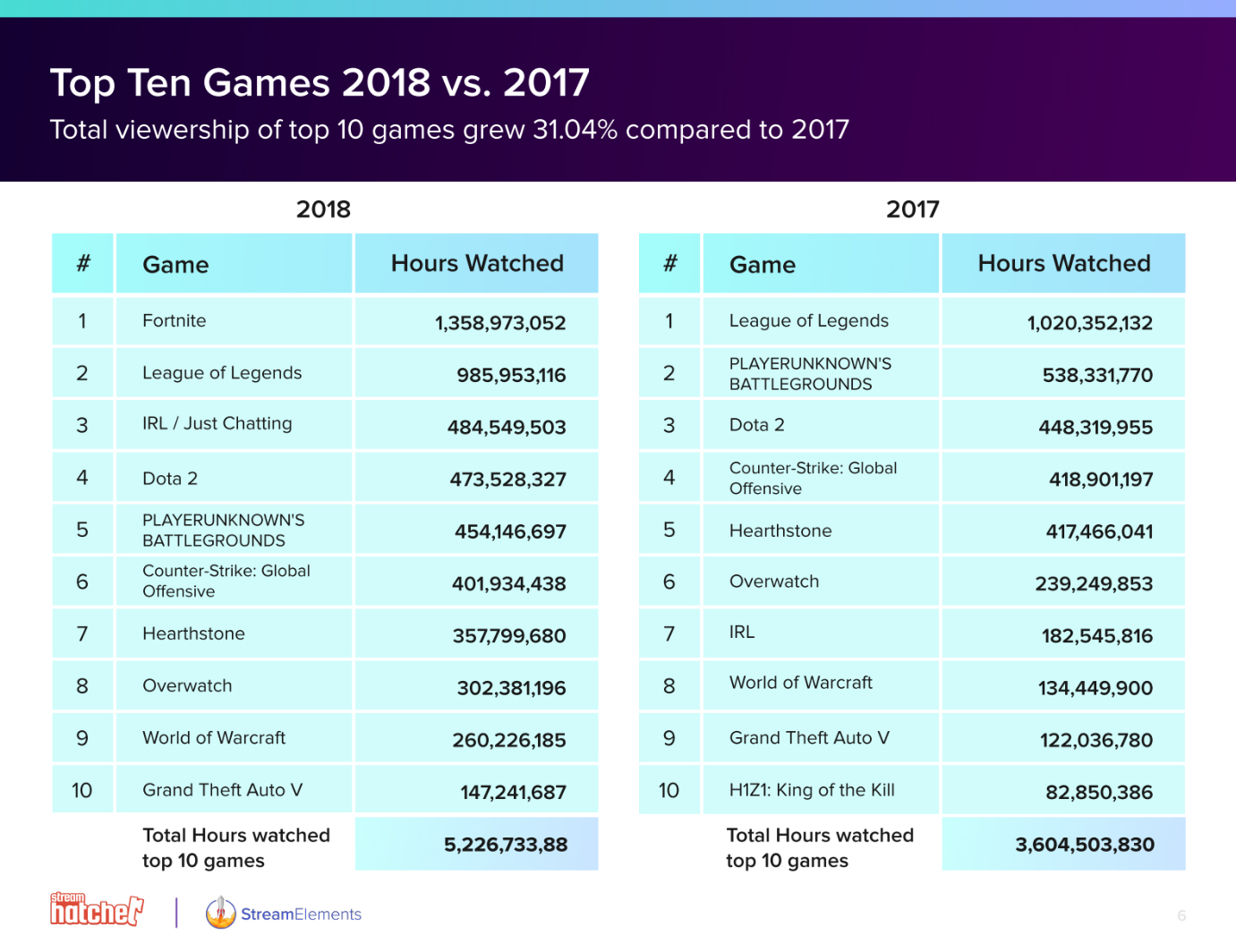