Until now, Keighley has been there on every single E3 event. It’s not going to happen this year!

„For the past 25 years, I have attended every Electronic Entertainment Expo. Covering, hosting, and sharing E3 has always been a highlight of my year, not to mention a defining part of my career. I’ve debated what to say about E3 2020. While I want to support the developers who will showcase their work, I also need to be open and honest with you, the fans, about precisely what to expect from me.

I have made the difficult decision to decline to produce E3 Coliseum. For the first time in 25 years, I will not be participating in E3. I look forward to supporting the industry in other ways and at other events in the future,” Keighley’s statement says on Twitter.

I wanted to share some important news about my plans around E3 2020. pic.twitter.com/EhrreKV9oR

„Given what has been communicated about E3 so far, I just don’t feel comfortable participating this year,” the host and producer of The Game Awards told The Hollywood Reporter. He’s not alone: Sony has previously confirmed to not participate this year either. Still, Keighley reconfirmed that he is going to be the host of Gamescom’s Opening Night this year too after doing so in 2019.

The ESA, the organiser behind E3, has quickly responded by saying they received commitments from the following outfits: Xbox (Nintendo), Nintendo, Ubisoft, Bethesda Softworks, Sega, Capcom, Square Enix, Take-Two Interactive Software, Bandai Namco Entertainment America Inc., and Warner Bros. Games. Electronic Arts has been doing EA Play in the past few years, located and timed near E3, and Activision Blizzard has also cut back its presence.

Let’s get back to Keighley a bit. Eurogamer reports that E3’s website has leaked too early, and he doesn’t want to be affected. Sure, it got passworded now, but on ResetEra, we found an archive. Here are a few screencaps: 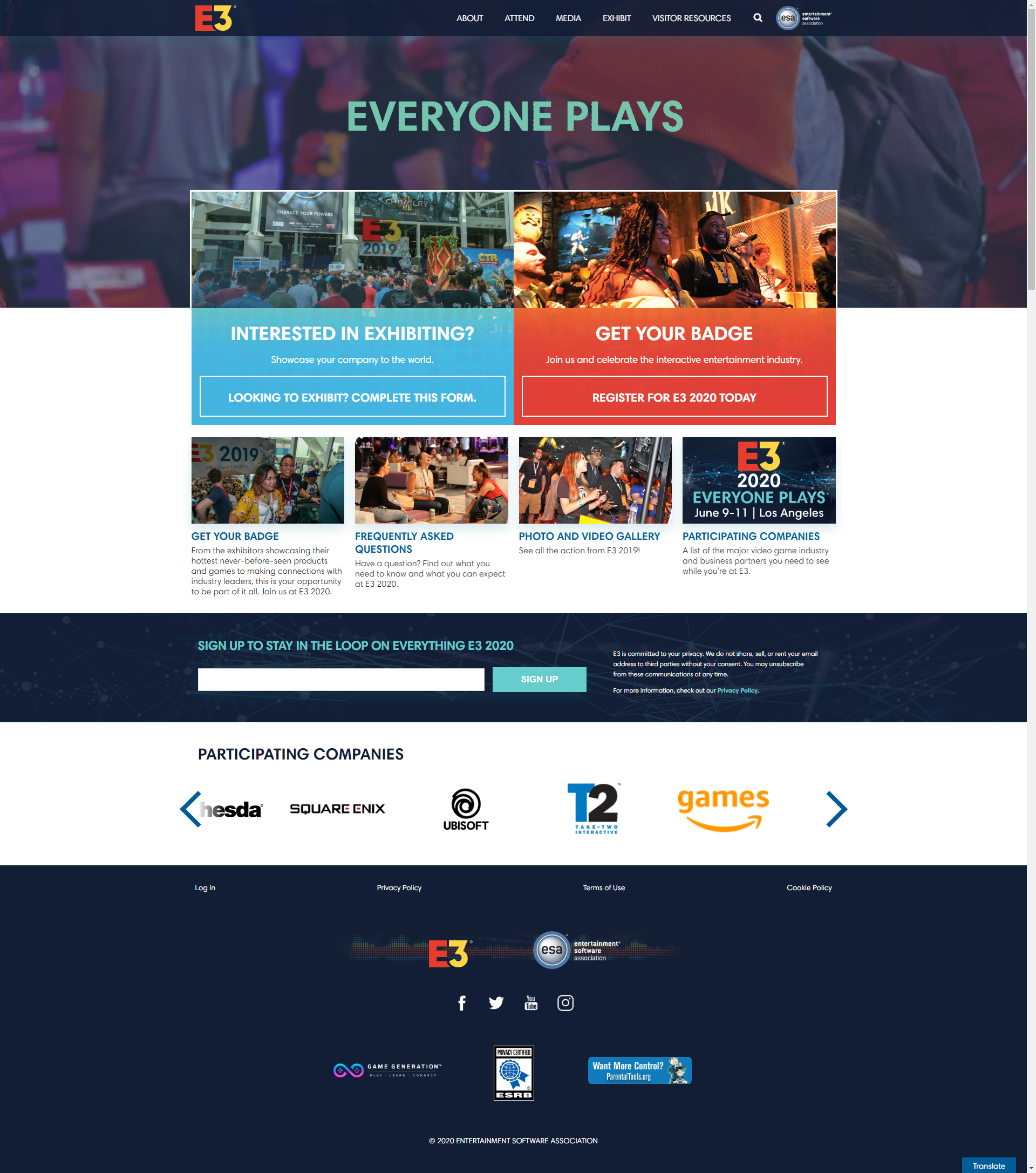 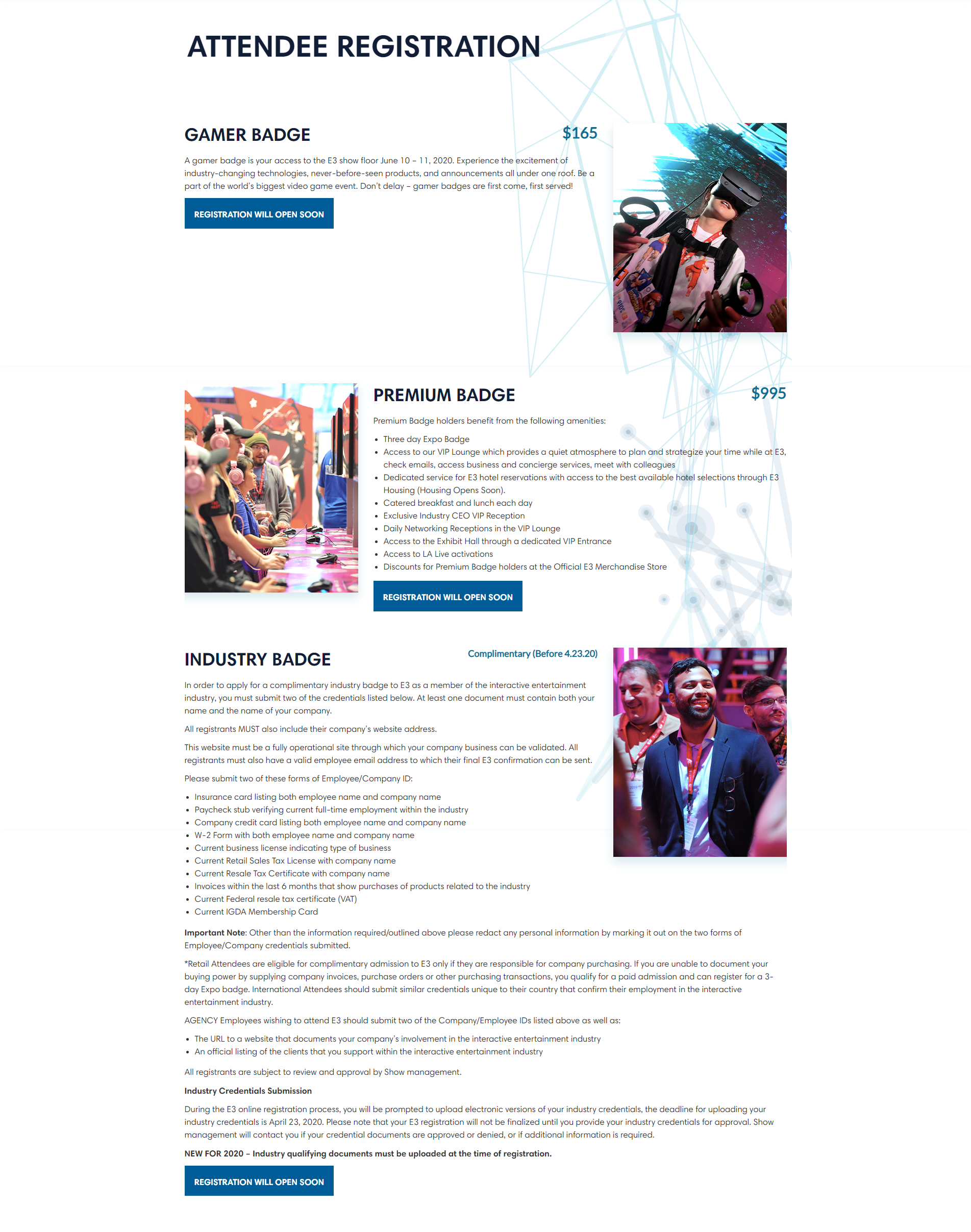 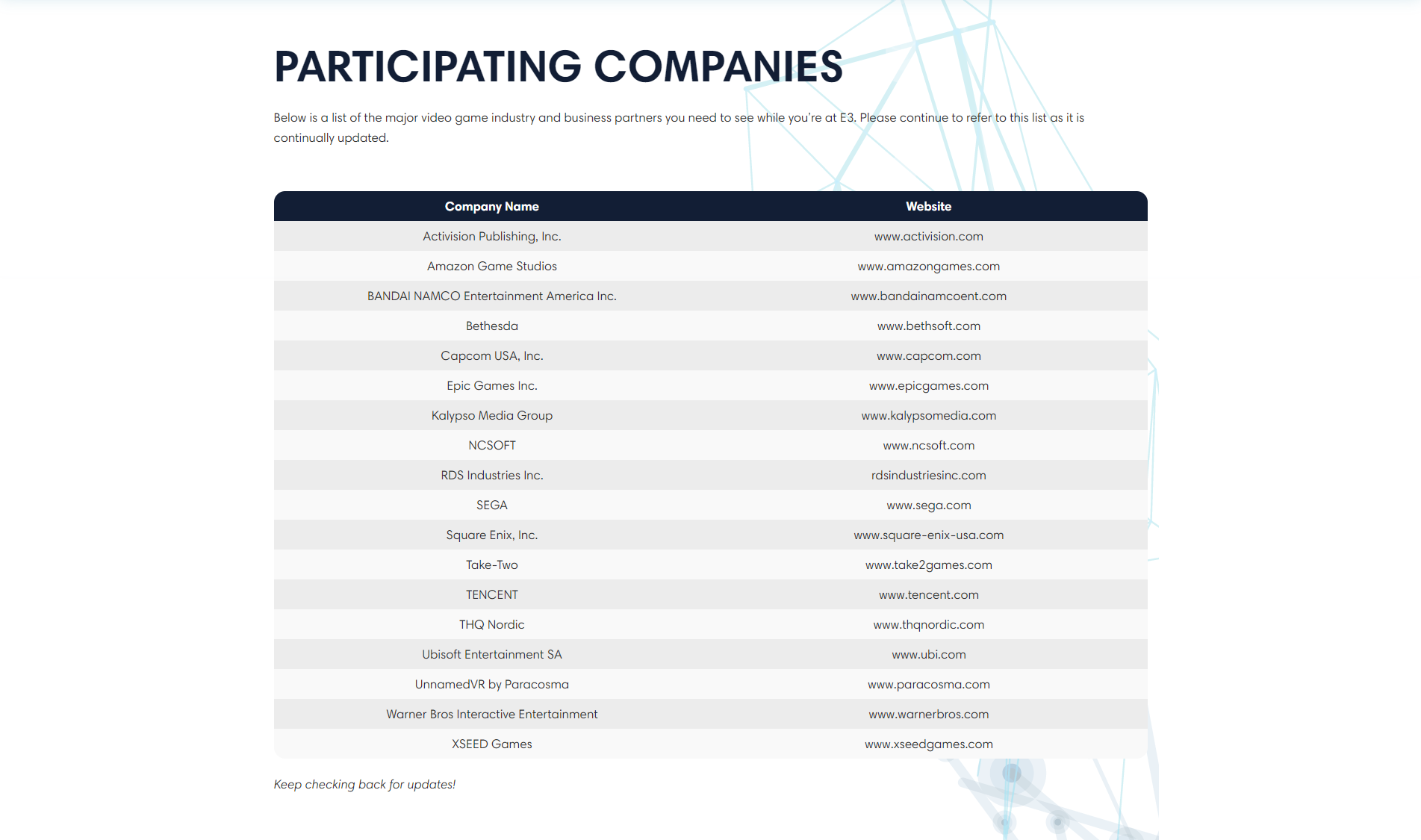 The third image has no mention of Nintendo. (Yet Activision is there…?) So they are reorganising things a bit, as promised last year. You can get a Gamer badge for 165 dollars, or go all in and spend nearly a thousand for a Premium, which would also net you earlier access, as well as a chance to meet a few people from the gaming industry. People from the industry should register until April 23. On June 9, only the industry members and the Premium badge holders can enter, while June 10 and 11 will open the doors for the Gamer badge holders, too.