Star Citizen Is Not A Pipe Dream, The Creator Claims [VIDEO] This video was recorded by a player, showcasing the atmospheric room system, which has been in development for four years. He’s frustrated about the lack of progress. Roberts responded, saying that the systemic approach would result in more emergent possibilities. However, „the downside of this approach is that it takes longer to see results as opposed to scripting actions as you have to build the fundamental systems first and have them interact with each other before the full extent of the gameplay becomes apparent,” he added. The creator of the video retaliated: „What you, Chris, describe in your comment would take at the very least take another 10-20 years.”

This made Roberts write a lengthier reply: „My biggest disappointment with modern internet discourse is that there’s a significant amount of cynicism, especially in the forum or Reddit debates, and a portion of people assume the worst. If a feature is missing, late or buggy it’s because the company or the developer lied and or / is incompetent as opposed to the fact that it just took longer and had more problems than the team thought it would when they originally set out to build it. Management doesn’t dictate timelines, we just set priorities for the teams as there are always a lot more things to do at any one time than we have people to do them,” he wrote.

He added that as the game grows, it also requires more work to maintain what’s been achieved, creating a tension between making new features or improve the ones already available. This led to the introduction of Star Citizen’s quarterly development roadmap, but it had a downside: for the single-player spin-off, Squadron 42 with all its stars, they wrote that it „will only be released when we have achieved our final, polished, creative vision.”

Roberts closed by saying „I can promise you the gameplay I described is not a pipe dream, nor will it take 10 to 20 years to deliver.” We’ll see… 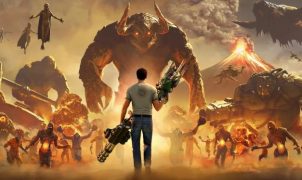