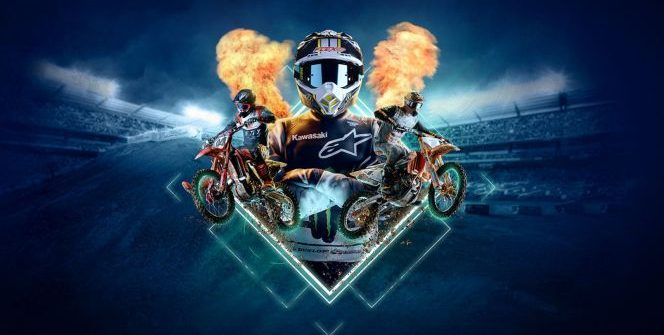 Milestone showcases the new functions in the new trailer: a new career mode with a skill tree, a new Compound island, the level editor, and the customization. Monster Energy Supercross – The Official Videogame 4 will be available from March 11 on PlayStation 5, Xbox Series, PC, PlayStation 4, Xbox One, and Google Stadia. That falls on a Thursday, so the console owners should be able to play the game from the 8th if they fork out more cash. The third game was discussed in detail here.

RIDE 4 is now available on PlayStation 5 and Xbox Series X. If you already have the game on PlayStation 4 or Xbox One, you can upgrade to the next-gen version. The PlayStation 4 > PlayStation 5 upgrade is free until April 30 with all the DLC you bought. On Xbox One, you automatically get the appropriate version of the game with the help of Smart Delivery. You can play the game on up to 4K resolution with 60 frames per second and versus nineteen other riders on the track. The PlayStation 5 will offer haptic feedback for the vibration, the acceleration, and the braking via the DualSense controller. The SSD reduces the loading times, the textures get streamed faster, and there is less waiting before the races, too.