One of the key teams of Sony Interactive Entertainment stayed on local soil (we’re talking about a Dutch team after all…) with its expansion, in more than one meaning.

Guerrilla Games was formed twenty-one years ago as a merger of three studios in Amsterdam. The team is now effectively coming home, as this is where we can find their new studio. Their website has a blog post where they confirmed the team now consists of more than 350 employees. This is why they couldn’t stay much longer in the old canal house. They couldn’t find a much more elegant location than this, as the studio is now located in Amsterdam, close to Dam Square…

„To design our new space and bring all of our game studio dreams to life, we collaborated closely with architect Ayca Dogan and her team at CBRE, who transformed the studio’s interior into functional and innovative spaces aimed at facilitating our collaborative and creative approach to game development.

Across multiple floors, this building offers everything our game studio needs, from state-of-the-art audio booths to a dedicated mocap space, and a big cafeteria on the top floor with the most amazing views of the city. We are incredibly happy with the results and look forward to having all Guerrillas together again! Stay tuned for more behind-the-scenes glimpses of our studio in due time,” the blog post says.

Guerrilla Games is where Hermen Hulst originates from – the guy, who is now the head of Sony Interactive Entertainment Worldwide Studios, was previously the team known for Killzone, but it confirms the Dutch team is close to SIE. The group is currently developing Horizon Forbidden West, which is supposedly launching this year on PlayStation 5 and PlayStation 4, but rumours claim it might be delayed to 2022. 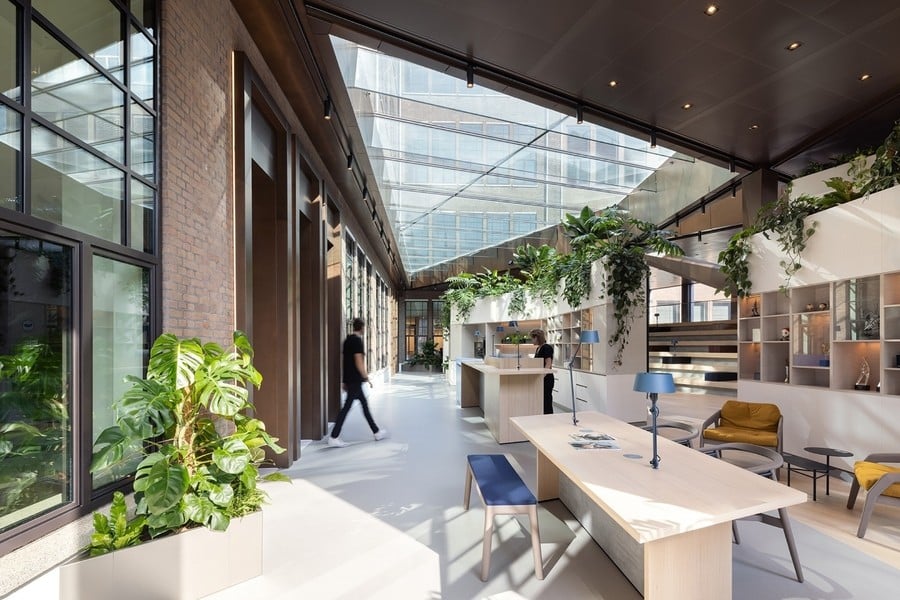