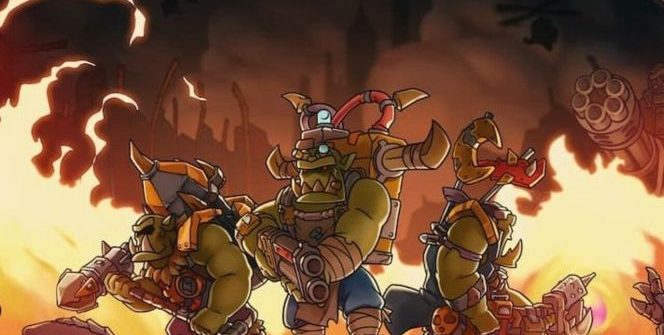 Warhammer continues to expand, and its 40K world (40,000) will be getting a new, oldschool-style game.

Rogueside announced that they are working on Warhammer 40K: Shottas, Blood & Teef, which is going to be a 2D run-and-gun game. If your first thought reading that was Contra, you would be correct. The game will be available on many platforms. Here’s what its Steam page reads: „The Orks, a savage race commonly known as the “Green Tide,” sweep across the stars with unrivalled violence in frenzied crusades known as a Waaagh! They are savage, brutal and crude, outnumbering all other races that lay in their path of destruction. Become the spearhead of an Ork invasion as you bash, smash and shoot your way through the hive city of Luteus Prime on a mission to retrieve your hair squig and claim vengeance on your warlord! And just maybe become the warboss of a WAAAGH! along the way? Survival of the strongest has never been so violently fun!

Never enough Dakka! – Destroy your foes using a great arsenal of weapons and rain destruction down upon them. No one can stand in your way! Massive explosions and flying body parts ain’t never been this fun! WAAAGH! – Feel the emotion and violence build up until it bursts out as a storm of bullets! Violence begets violence as the massive destruction you cause builds up into a full-blown unstoppable WAAAGH! Because Orks are made for two things: fighting… and winning! Orks together strong! – Grab your friends and take on the forces of the Astra Militarum, the Genestealer Cults and the Space Marines together. Or you know, bash their head in instead and determine who is the fiercest Ork in the clan!”, the page wrote.

And Fatshark announced that the writer for Warhammer 40K: Darktide is going to be none other than Dan Abnett, who is well known for his work in the Warhammer universe, but his comic book industry footprint is also big (especially how some of his work got cinematic adaptations). „Dan Abnett has over two decades of experience working with Warhammer 40,000, and we are thrilled to collaborate with him and give players the game they deserve,” said Fatshark CEO and co-founder Martin Wahlund in a press release. „Working with Fatshark has been fantastic. It’s great to partner with them and see their amazing skills create the universe of Warhammer 40,000 in vivid, realistic and interactive ways. Things I’ve only imagined before, or created in prose, are exploding into life,” Dan Abnett added. Warhammer 40K: Darktide will launch this year on Xbox Series and PC (Steam).

You can pick up a digital goodie pack with PDFs, wallpapers, and music on GOG, while on Steam, Warhammer Underworlds: Online became free. 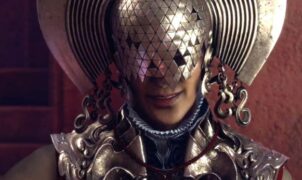