Call Of Duty Vanguard Story Trailer – Introducing The Cast And The Main Villain!

PREVIEW – A powerful narrative unveiled as part of the Call of Duty Vanguard campaign gives us a deeper look at the five heroes of Task Force One – and their greatest foes.

The premiere of Call of Duty Vanguard is getting closer and closer. Activision is preparing us for the game with more details. We already got a lot of exciting information last month, such as the multiplayer mode, which immediately caught our attention. And now, here is the new story trailer:

However, long-time fans of the franchise will not forget the legendary campaigns, and Sledgehammer Games promises that the game will live up to their expectations. It does so with a strong narrative that follows the five heroes of the global Task Force One special forces and the formidable villain they must face. Five very different characters with one common goal: to win the war. Here’s a closer look at them all. Arthur is the soul and leader of Task Force One. Originally from Douala, Cameroon, he studied at Cambridge University before joining the British Army. He grew up in a family that always encouraged multilingualism, so he speaks five languages and grew up listening to political talks at dinner parties and books read by his mother, of which The Three Musketeers is his favourite.

Kingsley is a born leader who does not conform to traditional military patterns, who works every day to protect his comrades and earn their respect. Arthur is a kind, warm-smiling, profoundly empathetic man who loves a quiet, peaceful life. At the same time, he understands the evils of the world and has a solid loyalty to the fight against the Nazis and the dangerous ideas they spread. Born in Stalingrad, Polina Petrova fights with deep conviction to defend her homeland, the home of her childhood and the place she cherishes memories of hunting trips with her father. The Axis invasion of Operation Barbarossa threatens everything she holds dear. He brings his advanced marksmanship to the fight.

Polina’s story is one of revenge and retribution for all she has lost. She speaks few words, only when there is a purpose. Polina is driven by a strong desire to liberate her home, which she proves in word and deed. Fueled by this desire for revenge, she fights to the death for a homeland without Nazi invaders. The son of an Australian sheep farmer near Melbourne, Lucas Riggs prefers acting to talking. As a child, he and his family spent their time tending flocks and writing sheep, but when World War II broke out, he didn’t hesitate to enlist in the army, ready to see the world and fight evil

Riggs is a gentle giant to his allies, often the heart and soul of the group, but never seeking the limelight. To his enemies, however, he is a brutal and fearsome warrior, a man of blunt force, though explosives are also his specialty. A passionate soldier who values his comrades and his country above all else. 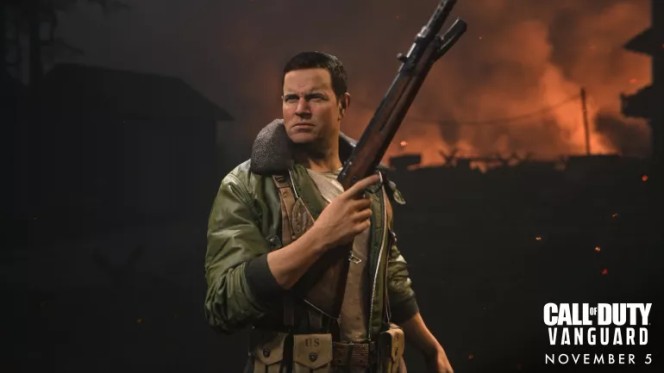 Pilot Wade Jackson is a New Yorker who prefers to be in the air rather than on the ground, a born Brooklyn acrobat who is always the first to get into a fight, and especially when his family’s honor is at stake. A genius who couldn’t find his place among ordinary people.

A lover of speed on the road and in the air, he grew up a daredevil. After enlisting in the Navy, he earned his pilot’s wings and became a force to be reckoned with in the Pacific. He is a charismatic and enthusiastic man who enjoys a challenge and always wants to be the best. Although a lone wolf, he appreciates the value of competent team members as long as they don’t get in his way. Sergeant Webb is the right-hand man and friend of Arthur Kingsley, a man born into an educated, academic family who, at a young age, followed in his parents’ footsteps and built a future as a university lecturer. Richard thought his thesis would exempt him from service. But the draft was clear, even if he accepted it reluctantly.

Although he understands that his country needs him, he does not feel honoured to serve, for him it is a job he does in the hope that one day he can return to his old life. Without the illusion of battlefield glory, Webb is a cautious and calculating man on every deployment. His intelligence always leads him to make the right decisions, though it often makes him a little stubborn. Webb is at a defining moment in Operation Tonga, and in this campaign we find out why he joined Task Force One. The ambitious Nazi officer becomes our arch-villain in the Vanguard campaign, an arrogant member of the Berlin Gestapo known for his interrogations in the SS, and who is involved as the secret architect of the shadowy Phoenix Project. Raised in a wealthy family, he has always felt a military vocation that has led him to a glittering career.

Freisinger served in the police and later joined the Gestapo, using his cunning and tactics to achieve a comet-like rise within the party. A ruthless and manipulative officer, he used every means at his disposal to get the information he needed, both on the friendly and the enemy side. For Freisinger, the Phoenix project is the ultimate goal and he will do everything in his power to make it happen.

With a diverse group of nationalities, the game will take us through many locations of World War II, including the Soviet Union, Western Europe, the Pacific and Africa. They begin their missions separately, but later join forces to face a common enemy, the Axis powers and Project Phoenix. Call of Duty Vanguard arrives on 5 November for PS5, PS4, Xbox One, Xbox X Series X|S and PC.