Björk, the wicked witch sheds black tears in The Northman MOVIE NEWS – As the film premieres, more and more things are coming out about the bloody Viking epic of the North, set in the 10th century, which promises to be a big cinema sensation this year.

The new information is due in part to the communication of screenwriter Robert Eggers, who recently gave an interview to Entertainment Weekly and revealed some interesting things. For example, the fact that the protagonist, the vengeful Viking prince ( Alexander Skarsgard ) is not accidentally called Amleth is the same story based on the same Scandinavian epic from which Shakespeare > Hamlet et. Eggers assures everyone that we are going to see real Vikings now. “Viewers think they know the ancient Scandinavian warriors because they saw the 1958 Vikings starring Kirk Douglas, in which dudes cast from cartoons raged in a helmet adorned with horns. Or they watched TV series where Vikings look like they were rock stars borrowed from sci-fi. We did something completely different. ”

Eggers doesn’t win a praise for the film’s protagonist. “ Alex wasn’t even a kid in Tarzan anymore, but now he’s grown to be so huge that it’s amazing. As for his portrayal, he has completely transcended, become one with the character, his vengeful anger is so terrible that I can only think of it: that’s what the cinema was invented for. ”

The film, imbued with Scandinavian mysticism, features a huge star parade – Mother Taylor-Joy , Nicole Kidman , Willem Dafoe , Ethan Hawke – and the icing on the cake is the long-seen Björk on the canvas as a witch who wears black tears while casting a straw crown while casting a spell. 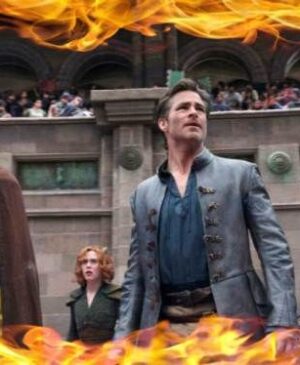