Is Forza Motorsport 8 Coming To Xbox One? Turn 10 Studios has only announced a new Forza Motorsport for Xbox Series X and Xbox Series S, but it looks like Microsoft’s approach will continue with this game.

The two images below have surfaced on Reddit, and the moderators have reportedly confirmed their authenticity. The photos are presumably from one of the closed tests, as Turn 10 Studios used them to expand their feedback on the upcoming game. The studio claims to have only made parts of the new game available for testing, and the unannounced Xbox One version was possibly only made available for this closed test.

It would be a massive surprise if Turn 10 Studios did make a cross-gen game out of the new Forza Motorsport, as they’ve promised a substantial generational leap for the next instalment in the series, and this would almost certainly be held back by the Xbox One, which is now a pretty old piece of hardware (2013), and so would have to hold back on the Xbox Series, PC versions (if the Forza Horizon series is already well and truly on PC, it’s time for the main series to pay homage to Windows…).

Last summer, creative director Chris Esaki said that the playtests held at the time gave gamers a sense of how the studio had rethought and deepened the franchise’s physics and core gameplay: “To put the physics work into perspective for everyone, the changes we’ve made from Forza Motorsport 7 till now is more than the changes that we’ve made from Motorsport 4 through 7, so it’s a huge generational leap coming to the game.”

In all previous Forza Motorsports, the tyre collision model had a single point of contact with the track surface and was updated every sixty cycles per second or 60 Hz. Still, the new model has eight such points and is updated every 360 Hz or 360 cycles per second. Six times more frequently via eight times more points. Esaki added, “So if you’re doing the math there, it’s a 48x fidelity jump in a single tyre collision itself, so there’s a huge amount of work there that has just really paid off for us.”

Forza Motorsport 8 (which will most likely drop the number eight in its name) is announced for Xbox Series by Microsoft in the summer of 2020. At the time, Turn 10 creative director Dan Greenawalt said the game was still in the early stages of development. 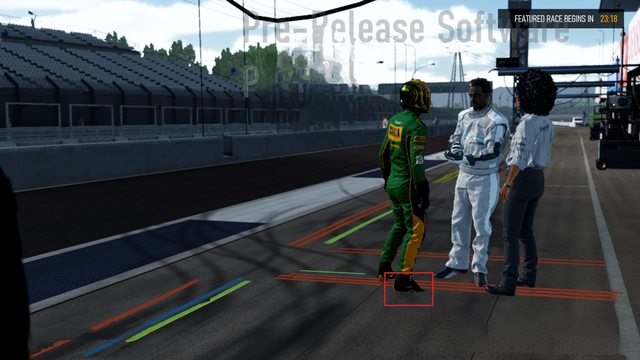