Jurassic World: is There Really No End? 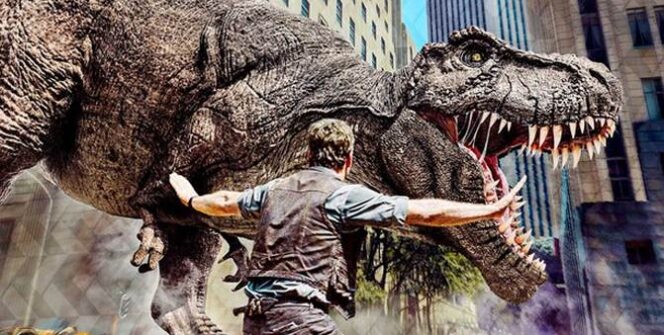 MOVIE NEWS – For years, the official story has been that the new Jurassic World trilogy would be a fitting end to the series after the first trilogy, with the upcoming Jurassic World: World Domination the final installment. Now, however, star Chris Pratt has let slip what some have been saying, that the studio will not be letting go of one of its most prized possessions, there will be sequels, and of course Pratt wants to be in them.

Not surprisingly, he cited the example of the competing Marvel Cinematic Universe, a seemingly endless story stream with new characters and plot threads. “Even with the Avengers, there are more and more movies being made, the main characters have their own trilogy, and it’s all connected. There’s just more and more and more and more films and none of them give you the feeling that they’re finished. You can do the same with dinosaurs,” Pratt explained.

Similar sentiments are echoed by Jurassic World director Colin Trevorrow, who says he wants to see what younger directors can bring to the franchise and that audiences don’t think dinosaurs will ever end.

After the incredible success of Jurassic Park, there were several attempts to make dinosaur TV series in the 1990s, without any real ideas, but the director may be right to think that a generation and a half later, with much more advanced technology, a new generation of filmmakers might be able to bring something to the table, in the form of movies of course.