The Old Guard 2 Is On The Way, And With Quite A Cast! 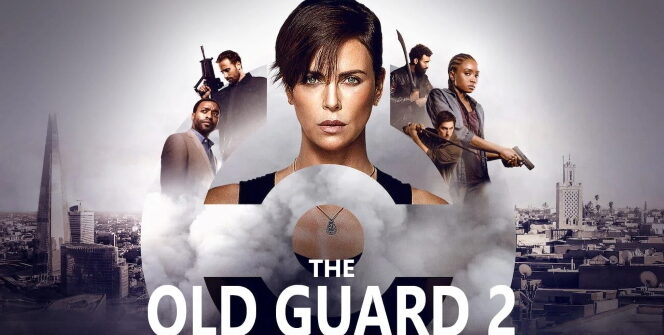 MOVIE NEWS – Uma Thurman and Henry Golding have joined Charlize Theron in the 2020 Netflix sequel to the action fantasy The Old Guard.

Nearly a year after it was announced, The Old Guard 2 is finally gaining momentum, with Uma Thurman and Henry Golding joining the Charlize Theron-led superhero film. The Old Guard premiered on Netflix in 2020 and quickly became one of the most popular films on the streaming service, racking up an impressive 186 million views in its first month. The film, based on the comic book of the same name by Greg Rucka and Leandro Fernandez, follows a group of immortal mercenaries who, along with a new recruit, go on a quest for revenge after their cover is blown.

There is no word yet on what characters Thurman and Golding will play in the film but expect them to have prominent roles, either as friends or foes. Thurman is no stranger to starring in action films, having starred in Quentin Tarantino’s Kill Bill, among many others. The Old Guard 2 will be Theron and Thurman’s first collaboration, hopefully culminating in an epic showdown between the pair. As for Henry Golding, the British heartthrob has also made a name for himself in the action genre with films such as Snake Eyes and The Gentleman. It will be interesting finding out how the pair fit into the rich fantasy world of The Old Guard universe.

Victoria Mahoney takes over directing duties on The Old Guard 2 from Gina Prince-Bythewood, who helmed the first film.

Prince-Bythewood departed the sequel for another female-centric action film, The Woman King, starring Viola Davis, citing scheduling conflicts. Mahoney is best known for her 2011 debut feature, Yelling to the Sky, starring Zoe Kravitz and Jason Clarke, and also worked as a co-director on Star Wars: Rise of Skywalker. Greg Rucka returns as the scriptwriter.

Filming on The Old Guard 2 is about to begin, and it will likely debut on Netflix next year. While nothing has been confirmed yet, plot details are also being kept under wraps; we do know that the film will be based on Rucka’s sequel, Force Multiplied, and will centre on Andy (Theron), who struggles with his newfound mortality while also facing a past enemy…