The current-gen ports of Uncharted 4: A Thief’s End and Uncharted: The Lost Legacy, which have been available on PlayStation 5 for months, may come later than the previously planned but not announced date.

SteamDB shows the release date for the PC port of Uncharted: Legacy of Thieves Collection is no longer July 15. According to a tweet, the new date could be October 19, but it’s almost certain that Sony has eyes and ears everywhere because SteamDB has since posted another update, and now they’ve put the date at December 30. We can say it’s a placeholder, i.e. a provisional release date.

Naughty Dog is not responsible for the porting (one of their previous games, Jak & Daxter: The Precursor Legacy, received an unofficial and, unfortunately, audio-lacking PC port; we wrote about that), nor is Nixxes Software, Sony’s specialist in PC ports. It’s Iron Galaxy (who are experienced in porting, and we’ll mention a few examples: Spyro Reignited Trilogy – PC, 2019; Overwatch – Nintendo Switch, 2019; Crash Bandicoot N. Sane Trilogy – PC, 2018; Diablo III – Nintendo Switch, 2018…).

And we’re not even blaming Sony for the supposed postponement. The company is, of course, in the business interest of releasing its games on PlayStation platforms first, and only later can there be the talk of a PC adaptation, so unlike Microsoft, Ghost of Tsushima’s sequel won’t be coming to PlayStation 5 and PC at the same time. The other reason for the rearrangement seems understandable because of another PC port: we already know Marvel’s Spider-Man is due out on PC on August 12, and Sony may not have wanted to have two ports on the market in a month. It could hurt sales of both.

So the Uncharted: Legacy of Thieves Collection will likely come to PC on October 19, despite Sony’s tricks. All this is not yet official. 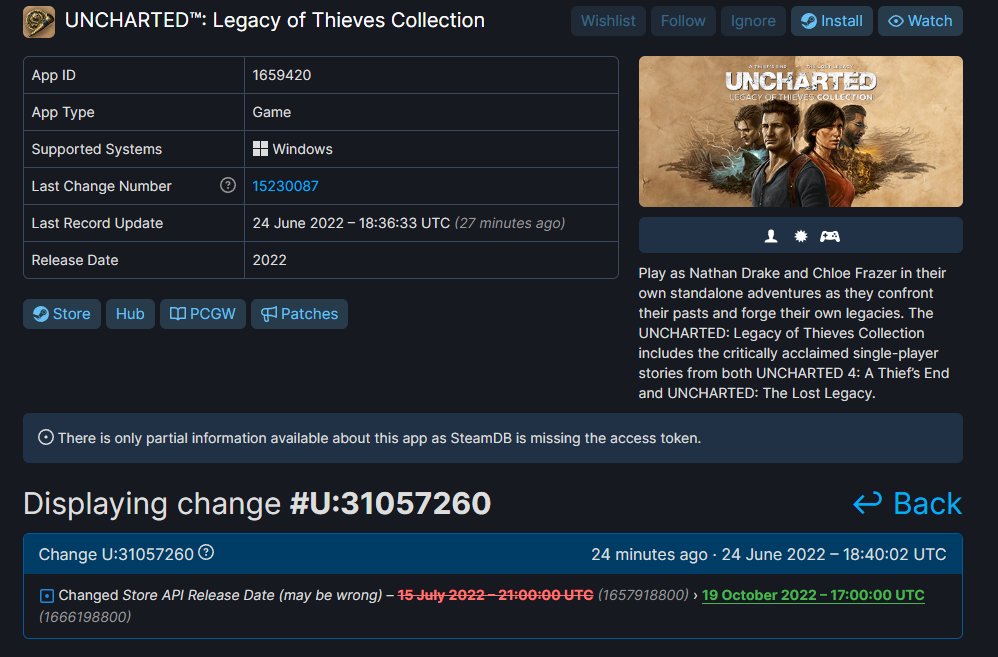