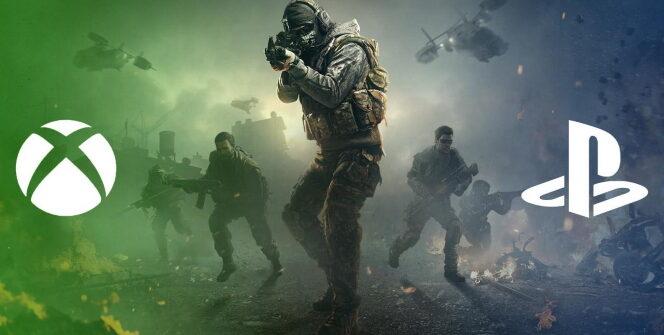 Even Sony’s head, Jim Ryan, has travelled to Brussels over the subject matter.

We have heard in several places that Sony is condemning the expansion of its rival because, although “the blues” are involved in the consolidation (e.g. they bought Bungie), they don’t have the wallet of the Redmond-based company, which with Azure, Windows and Office can afford to spend nearly 70 billion (!!!) dollars on Activision Blizzard. Sony has already opposed this deal in the European Union after Brazil.

According to Dealreporter, Jim Ryan, Sony Interactive Entertainment’s president and CEO, flew to Brussels on September 8 to visit the European Union leadership personally and express his concerns about Microsoft’s plans. There is also a good chance that the US Federal Trade Commission (FTC) will greenlight the deal, but not everyone overseas agrees with Microsoft’s plans.

Sony fears that Call of Duty, one of Activision Blizzard’s jewels, will be a Microsoft exclusive, so the annual shooter will be on Xbox and PC and not on PlayStation. Still, we have also written that Microsoft has repeatedly and vehemently stated that they do not want that, although we have to look at the other side of the coin. Sure, Sony and Call of Duty have an agreement in place for the next few years, but who knows when Xbox boss Phil Spencer will pull the rug out from under Xbox boss Ryan’s feet? (Possibly immediately)

If what the rumours are saying is true, then Ryan is worried about the future of Call of Duty because if the boss has personally flown out from California to Europe, he is worried that Microsoft will snatch one of the most popular IPs away from him. (Bethesda has already done this with The Elder Scrolls VI, and Starfield won’t be on PlayStation 5 either.)