130 GB for a single-player game? It’s mind-boggling. And how much of that will the scenes take up? Here’s more information from the game’s Steam page: “The story of Cal Kestis continues in Star Wars Jedi: Survivor, a third-person, galaxy-spanning, action-adventure game from Respawn Entertainment, developed in collaboration with Lucasfilm Games. This narratively driven, single-player title picks up five years after Star Wars Jedi: Fallen Order events and follows Cal’s increasingly desperate fight as the galaxy descends further into darkness. Pushed to the edges of the galaxy by the Empire, Cal will find himself surrounded by threats new and familiar. As one of the last surviving Jedi Knights, Cal is driven to make a stand during the galaxy’s darkest times—but how far is he willing to go to protect himself, his crew, and the legacy of the Jedi Order?

No longer a Padawan, Cal has become his own and become a mighty Jedi Knight. Carrying the memories and expectations of the Jedi Order with him, his crusade against the Empire has only become more perilous. The Dark Times is closing in, and with enemies new and familiar surrounding him, Cal will need to decide how far he’s willing to go to save those closest to him.

The cinematic combat system returns with additional Force abilities and new lightsaber fighting styles. Creatively leverage all these abilities and weapons to strategically take on an expanded host of enemies, sizing up strengths and weaknesses while cleverly utilizing your training to overcome your opponents and solve the mysteries in your path. Discover new planets and familiar frontiers in the Star Wars galaxy, each with unique biomes, challenges, and enemies. Master new skills, equipment, and abilities that will augment how you explore, fight, and roam. With larger areas to explore and more to discover off the beaten path, players who adventure beyond the horizon will find hidden rewards.”

Star Wars Jedi: Survivor will be released for PlayStation 5, Xbox Series, and PC on March 16, which is in the current fiscal year. 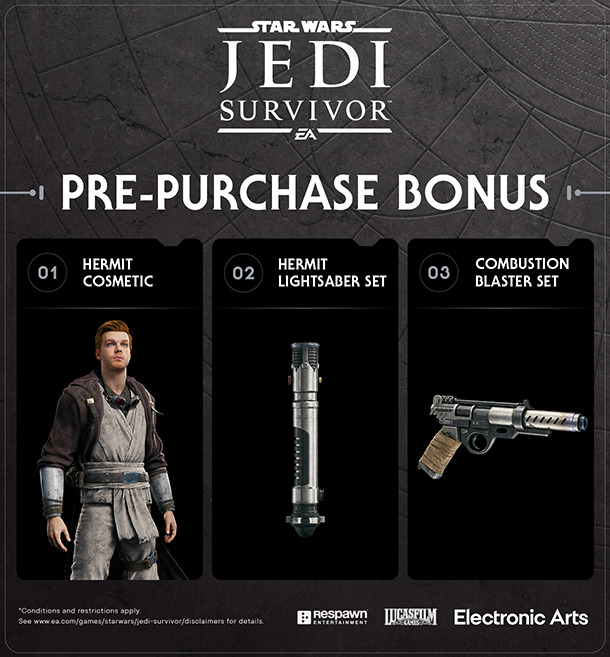 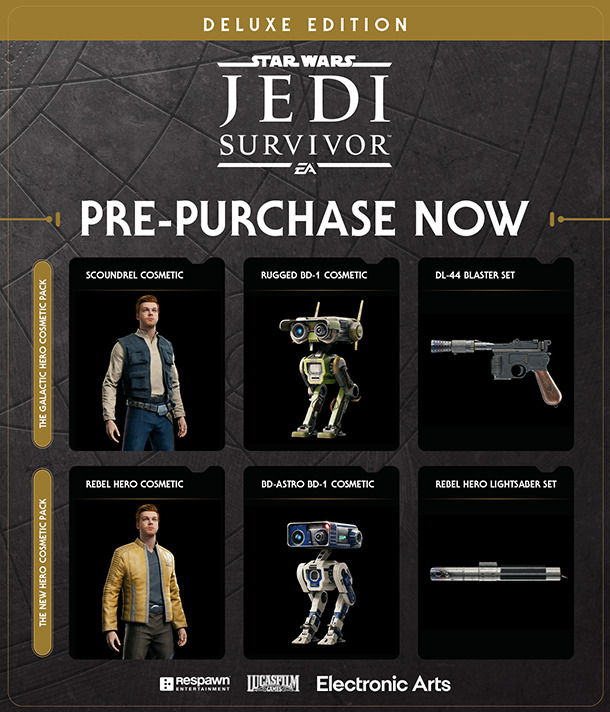