DOOM – What can you expect in the Open Beta?

BETATEST – In 1993 Doom revolutionized the video game industry, and created the FPS genre (Wolfenstein 3D was just the test phase), and after eleven years the third game raised the limit for indoor FPS games. Now we are here in 2016, and we only have around one month until the „sequel” (Reboot). Let us see what we can expect from the game based on the multiplayer beta.

The closed beta only was available for a few days and only those could participate that pre-ordered Wolfenstein: The New Order, and used the code that was given to buyers. A key change compared to the alpha that the footage taken in the beta can be shared – even though the alpha was also a very stable build. 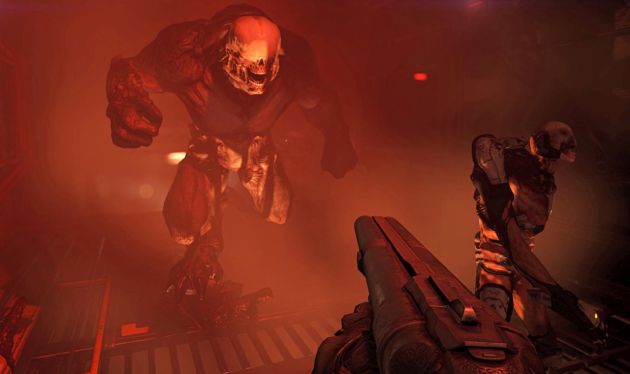 The basics of Quake 3

If anyone ever played Quake 3 or any of the Unreal Tournament games, they’ll know what to expect here. DOOM threads along these old relics and provides a rather new, bloody, bold, and adrenaline filled multiplayer experience. We needed this experience not just on the consoles at this point, as even the PC has been lacking in such games for the past five or ten years.

What does this mean? Double jumps, power-ups, badass weapons, ultra kills, no health regen, and teleports on the maps: Aka, an old school fps, which also works well. In the beta, we had the opportunity to try out two maps, and two modes. The first mode is a real classic team deathmatch in 6v6 while the other is Warpath, which is a classic King of the Hill mode with a twist in it: the zone that needs to be captured is constantly on the move, making the game much more fast paced. 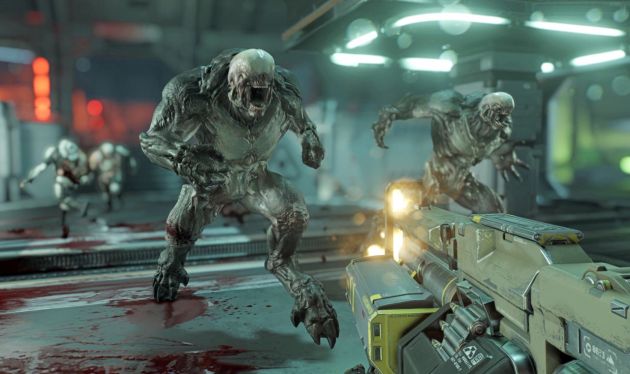 Lock and Load your Arsenal

What I especially enjoyed is that all of the weapons are different from each other entirely, and can be used in a bunch of situations – none of them feel too OP, or too weak. All of the weapons have their alternative firing modes (for example the Plasma Rifle has now a more focused fire mode. However there is a cooldown for this mode).

As per the requirements of modern gaming conventions, there are now customization options. We can modify our weapons, our armor, and even select emotes. The different paint jobs, armor parts are unlocked by playing a lot of matches and leveling up. The level limit in the beta was fifteen, which could be reached in a few matches (the leveling up is probably slower in the final game). A bit of help

A new addon is the different hack-modules which are smaller perks that give some aid during the game. No need to think of them as epic helps. We get a bit of ammo or more health, or we may get some wall-hack vision against the person who killed us last time. The focus remains on the player’s skill.

Speaking of skills, there is no auto-aim in the reboot (however auto-aim is pretty common in console games), so we’ll have to rely on our skills. Although I do not mind a lack of auto-aim as the framerate is a constant 60FPS, and the response controls are awesome (even if it takes some time getting used to it). The multiplayer mode’s most interesting part is that we can spawn as a demon (or pick up an item that respawns us like a demon), and allows us to slaughter the enemy in sight. Unfortunately, we only had the Revenant available to us, but in the final game, we get to choose from other demons.

DOOM looks to be promising, even though I am not a big fan of multiplayer games, it was still able to keep my attention. I recommend everyone to try out the game in the Open Beta.