REVIEW – Titanfall 2 is the sequel to the good old exclusive FPS that is half mecha, and half wall running at Mach speeds while shooting people. The original game was a well received new IP, which while lacked Singleplayer content, did have fun and fast paced Multiplayer.  There was a minimal amount of story through the campaign mode, but nothing substantial. Despite this, it sold well and was a critically successful game among the media as well. After three years the sequel is finally with us. With a more robust Multiplayer mode, and a single-player campaign that ranges to about five to six hours depending on difficulty.

Is a new single-player campaign enough to save the franchise? Have the changes to the multiplayer ruined the chances of a viable player base? Has EA lost its mind to release this in probably one of gaming history’s most jam-packed month ever? Find out here! A dark future with war and mechas

The story of Titanfall 2 is explained via a CGI cutscene just to get the new players familiarized with the world. In the future, mankind has colonized most of the galaxy, and two factions are fighting for control. One is the Interstellar Manufacturing Corporation that is trying to gather as many resources from The Frontier as it can and The Militia trying to defend said Frontier from the greedy corporation. The fighting spreads through many planets, and we play as Jack Cooper, a Militia Riflemen who under the guidance of Captain Lastimosa is being trained to one day become a pilot. Their training is cut short when the attack on the planet Typhoon begins, and we drop down to the globe to start the offensive.

Soon all hell brakes loose, and Lastimosa as a final act saves Cooper plus transfer authorization to pilot his own Titan which is Vanguard type called BT 7274. From there on we undertake a secret mission to figure out just what the hell is the IMC doing on this godforsaken planet. The story is generic as hell, but there is a charm to it, BT is basically if R2D2 had a voice, and the player has some agency on how Cooper handles being a pilot. The banter is great between the two characters and adds much-needed personality to a singleplayer campaign. Overall this five to six hours campaign does not feel tacked on, but more as experimentation by Respawn Entertainment. 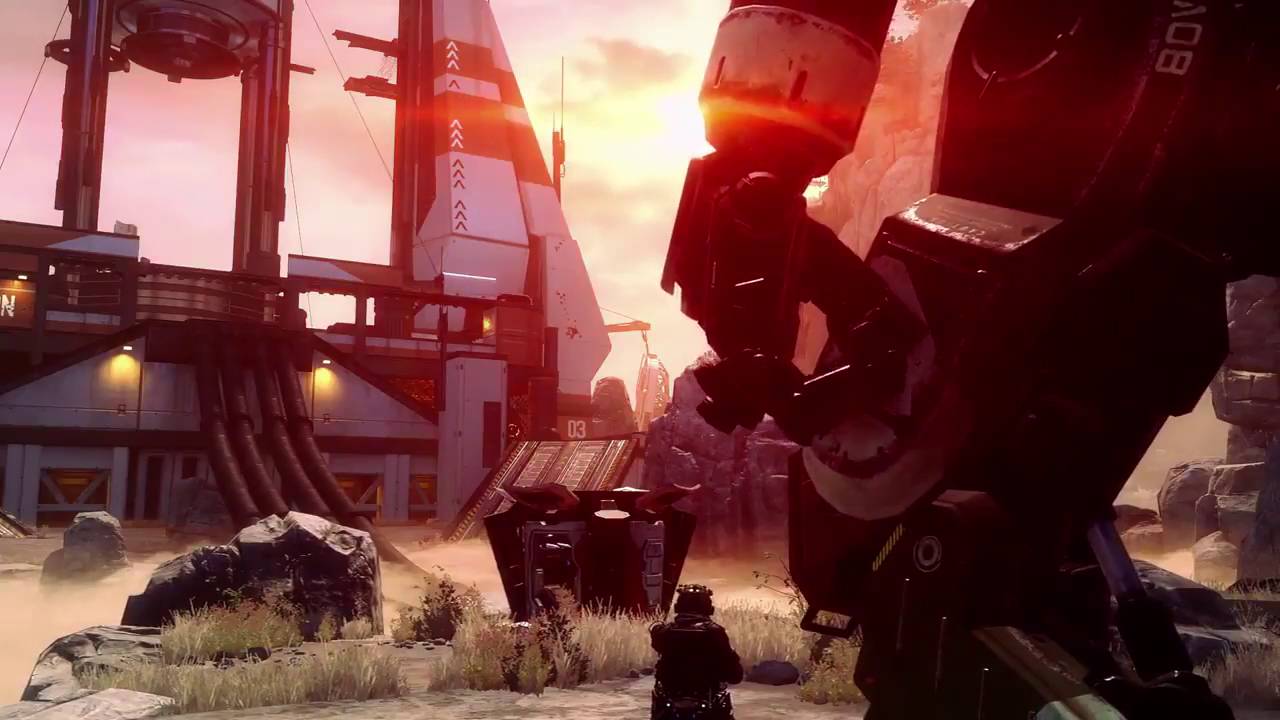 From boredom to Epic

The experimentation is a sucker punch, as the first two or three missions are pretty basic, and do not provide much creativity, or fun. It’s a simple go slaughter some enemies, and do some minor jumping challenges. The game also features boss battles, where individual members of The Apex Predators (A mercenary group hired by the IMC) that adds, even more, difficulty to the overall campaign (at least it should do that, but we will get to that later).

After one or two boss battles the mission called Cause and Effect happens, and it kicks into high gear regarding fun. This is where the experimentation from Respawn shows, not just regarding set pieces, but regarding gameplay mechanics. A little bit of Half-Life 2, a bit of Singularity, and a bit of Mecha Rockem Sockem. The final missions are a blast to playthrough, and this game is already among my personal Game Of The Year.

It is epic on a scale that has not been done before, not regarding graphics, but on the terms of player agency. There are no QTEs when fighting the other mecha pilots, and there legitimately good jumping puzzles embedded here. While some players might skip the campaign after just playing the first mission or the second, I advise everyone to push through it, to have fun with the crazier scenarios. It will be worth it. Pilot vs. Mech vs. Pilot

After we finish the campaign, it is time to jump into the multiplayer which has been luckily fixed since the tech test. We have our original modes from Titanfall 1 such as Attrition, Last Titan Standing, and Pilot vs. Pilot. Then there’s Amped Hardpoint and Bounty Hunt. Amped Hardpoint is captured the flag, with a twist, in that you can raise the points faster by keeping the position under occupancy.

Bounty Hunt is a weird mix of killing as many AI enemies that spawn, and also trying to cash in those kills at machines scattered across the map. All of the new modes are fun, and high octane action oriented, where the players barely get a breather. However, I do feel that the maps took a bit of a hit regarding quality, as wall running are not that much of an option now (at least not as much as Titanfall 1). Oh and also instead of Titan customization we now have “Hero” Titans, that have unique abilities and weapons. It feels a bit streamlined but luckily the combat tactics are still deep as ever.

The pilots can also be customized with skills, passives, weapons and so many attachments that you can spend an afternoon figuring out your playstyle. We have grappling hooks, sonar blades that emit a pulse showing enemy units over walls, cloaking devices, and several different grenades. Weapons are unlocked by playing matches and earning merits. If enough merits and credits are earned attachments, and other items can be unlocked for even more customization.

The maps range from mediocre to good, as due to the streamlining of the game, a person cannot wall run through the entire map. Hence it will feel a lot slower compared to the original Titanfall.

In the end, the multiplayer is a competent shooter with soon free to be added maps, and game modes. The only DLC that needs to be paid for will be skins, and some variants of Titans, but those do not add any advantage to the overall gameplay. Respawn has also decided to lay everything out in the open, and not hide it behind loot box or other in-game shenanigans.

An excellent multiplayer component for the sequel, even if there were some concessions made. Such concessions include the lack of custom titans and a lower AI count in Attrition. 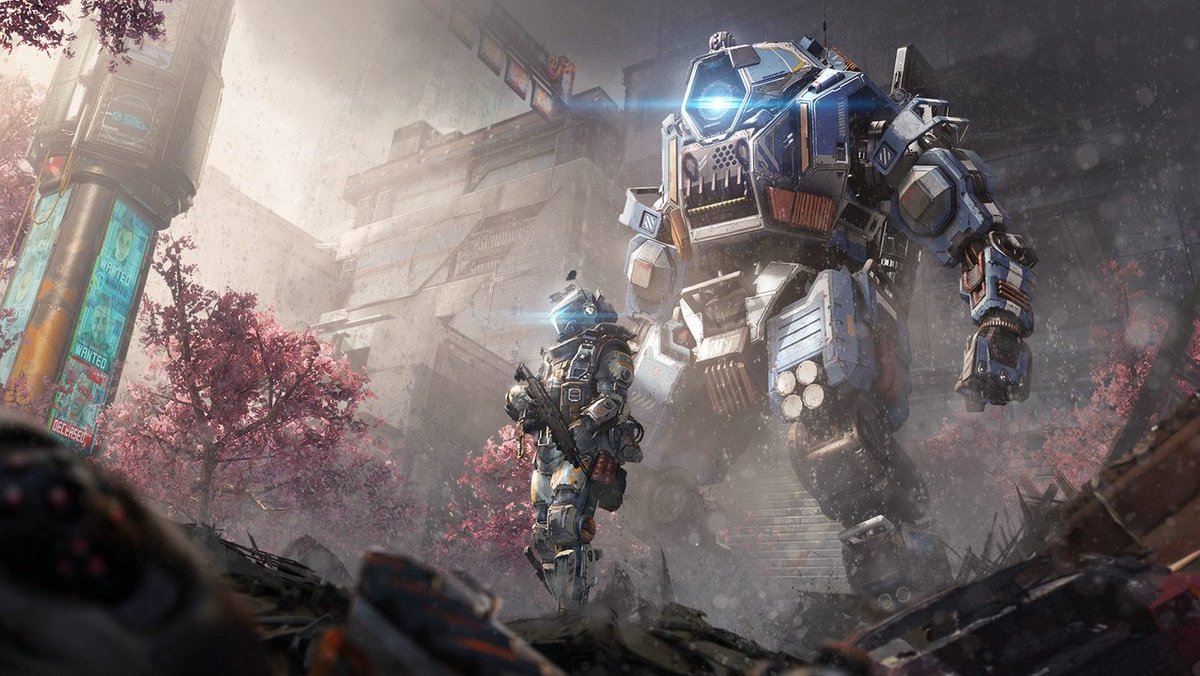 The graphics of Titanfall 2 are great, and the sound design is up to par with DICE’s in this particular case. Every punch by a Titan, every 40mm shot from their heavy guns carries a weight that can be felt (especially if you turn the volume up real high on your TV). The maps are also well done, and the textures are not a blurry mess. The locations thanks to the way the campaign are handled is varied, and are not grayish or boring. The details of the pilots and their skin customization are also well crafted, and they look stunning. The animation is also seamless, and seeing a pilot wall run and shoot is one of the best things I have seen for a while now.

The models for the Titans are also unique and well thought out. The UI is clean, and not cluttered with fifty different icons, and skills to use.

The only problem with the game is that the power of the Xbox One and the PlayStation 4 are showing its age. There are some jaggies, and blurry textures now and then but these are rather rare. While it looks the cleanest on the PlayStation 4, Pro compared to the other consoles for this game.

In the end, the graphics while good, show their age on the console. However it is nothing that makes the game to be ignored, yet it does not look good as Battlefield 1 for instance. 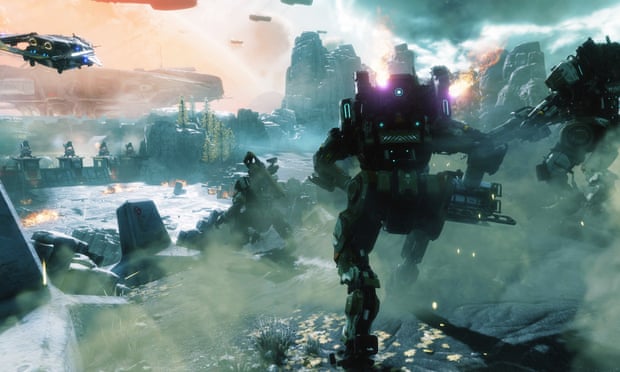 Encore, do you want more?

Titanfall 2 is in a weird spot right now. The tech test was horrible for many players, but Respawn has amended those problems in the final release. Which is great, but EA decided to release the game in a Quarter that is suffocating the player base (Even with Infinite Warfare’s Multiplayer being horrible). The game is a pleasant surprise after all the negative experiences from the tech test. The campaign while short provides one of the most original experiences in years. While at the same time the multiplayer should be able to uphold our attention for a long time considering the dev team is planning to roll out additional content for “mostly” free to the player base.

If you were not a fan of the first one due to the lack of a campaign, but enjoy Mecha anime, or in general love giant robot fights, then Titanfall 2 is the game for you. It might not be the most revolutionary video game, but it is a highly enjoyable epic experience.

REVIEW - Titanfall 2 is the sequel to the good old exclusive FPS that is half mecha, and half wall running at Mach speeds while shooting people. The original game was a well received new IP, which while lacked Singleplayer content, did have fun and fast paced Multiplayer.  There was a minimal amount of story through the campaign mode, but nothing substantial. Despite this, it sold well and was a critically successful game among the media as well. After three years the sequel is finally with us. With a more robust Multiplayer mode, and a single-player campaign that ranges to…
Titanfall 2 – Those Titans Didn’t Fall Flat
Titanfall 2 – Those Titans Didn’t Fall Flat
Dante
Some rough edges due to the streamlining of gameplay and map design, but overall a great game with interesting ideas in the campaign.

Some rough edges due to the streamlining of gameplay and map design, but overall a great game with interesting ideas in the campaign.

User Rating: Be the first one !
Spread the love
Tagged DLCfirst-person shooterPlayStation 4PlayStation 4 ProRespawnreviewTitanfall 2Xbox One