MOVIE NEWS – Although summer is still far away, Warner Bros.’ Wonder Woman – with Gal Gadot in the main role – may already be an interesting offering as one of this summer’s biggest flicks. An international trailer released last week which revealed some new footage, but it will likely take some time until another trailer is released. While we wait for that to be revealed, four new photos have surfaced, along with a set visit report that has seemingly confirmed a long-standing rumor about who the true villain is. First, the French magazine Studio Cine Live has unveiled four new photos, while Les Etoiles Heroiques has translated their report from the set of this superhero adventure. The magazine also spoke to Chris Pine, who revealed some very interesting details about his character, Steve Trevor, during World War I.

“I play a pilot who works for the Allies and spies on the Germans without their knowledge. My character steals a notebook filled with scientific formulas in an Ottoman base, he steals a plane but is shot down in the open sea,” told the actor to the press.

These scientific formulas are supposedly for a “deadly gas” that could “wipe humanity off the map,” with Diana Prince helping Steve Trevor retrieve this notebook. Maybe the most interesting information in this set report, though, is that Ares, the Greek God of War – a deity pretty well-known from the famous PlayStation games with the same name – is seemingly confirmed as the main villain. After the new trailer had dropped a few months ago, many fans started speculating that the unnamed character played by Danny Huston, who is a World War I German military officer, may be the mythological God of War. Here’s an excerpt from the Studio Cine Live piece, which confirms that Ares is the villain, although it’s still unknown who will play Ares. 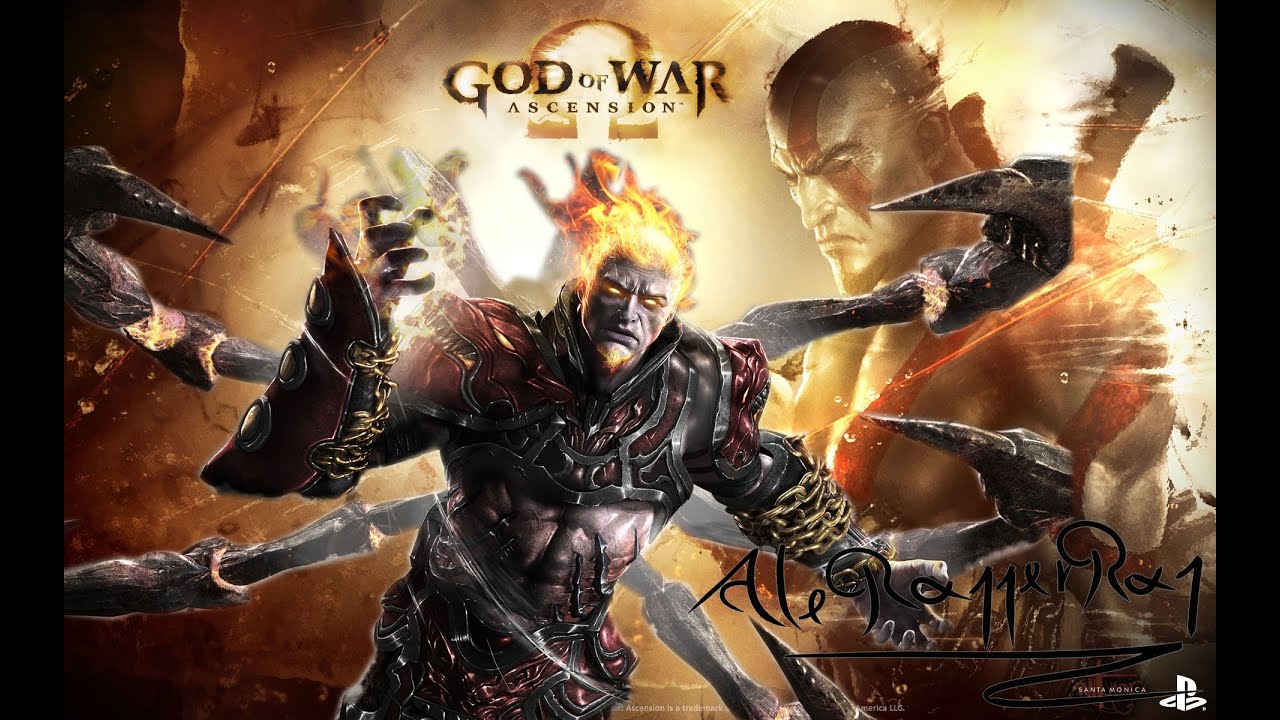 Ares, the Greek mythological God of War, as represented in the PS3 game, God of War: Ascension.

“Why did Zeus create the Amazons? Because the shaping man in his image made his son Ares, incidentally a god of war, mad with jealousy, he convinces the guys to confront each other. To restore harmony between them, Zeus created the Amazons that Ares reduced to slavery. The Amazon’s revolt with the help of Zeus, who will die of the hand of his son having had time to find Themyscira, their haven of peace where they will grow Diana.”

Before she was Wonder Woman, she was Diana of Themyscira, Princess of the Amazons, trained to be an unconquerable warrior. Raised on a sheltered island paradise, when an American pilot named Steve Trevor (Chris Pine) crashes on their shores and tells of a massive conflict raging in the outside world, Diana leaves her home, convinced she could stop the threat. Fighting alongside a man in a war to end all wars, Diana will discover her full powers…and her true destiny. The supporting cast includes Ewen Bremner, Robin Wright, David Thewlis, Danny Huston, Elena Anaya, Lucy Davis and Connie Nielsen. Wonder Woman will hit theaters nationwide on June 2, going up against 20th Century Fox’s animated comedy Captain Underpants. Take a look at the new photos from Wonder Woman, as we wait for the next batch of footage to debut.