Another Sign Of The New Dragon Age Game Being In Development? Bioware is sneaky, but there is hope.

Since 2014’s Dragon Age: Inquisition, we haven’t heard a lot of the franchise. The silence was broken by Alix Wilton Regan, who has shared an image of her on Instagram while being in a recording studio. „[…] breaking worlds apart, she’s a very very very angry #Elf.” The voice actor’s comment seems like a sign of the Inquisition from Inquisition making a return.

If we had to bet on Bioware‘s plans, it’d be like the following: during Electronic Arts show called EA Play, the new Dragon Age game could get a reveal, and here, we might also see the developers’ new IP, which has been mentioned a few times in the past few years as well. After all, Bioware is under Electronic Arts, so it would make sense to show the new games there, wouldn’t it?

Let’s wait and see then… 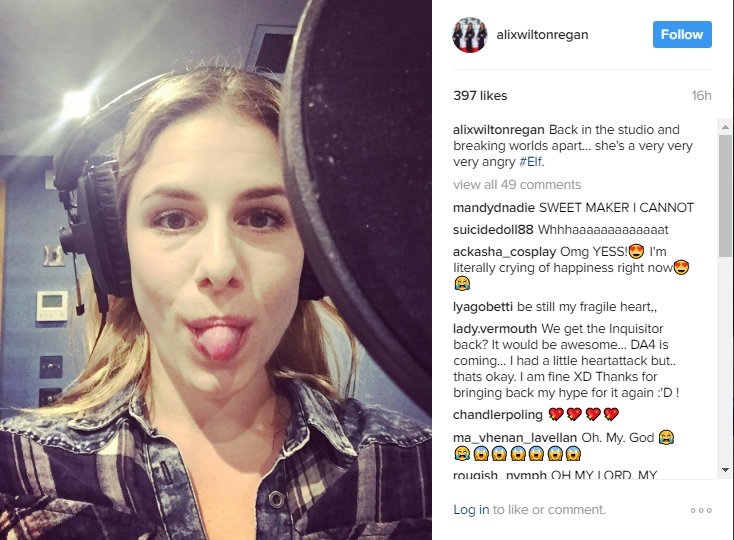