Is The Last Of Us Part II Reaching The End Of Its Development? Recently, we have heard that Naughty Dog has finished the motion capture work for the last scene of The Last of Us Part II – since then, it seems things are going smoothly if we can believe what the game’s co-director claims!

Anthony Newman wrote the following on Twitter: „Lots of awesome positions open to help us close out this game… I especially want to highlight the Melee Animator position, I guarantee you will be working on some *dope* animations working with my good friend, Lee Davis.” (Who is also an animator, according to his Twitter bio.)

The image above mentions a lot of open positions from programmers to level designers to the scripter of the user interface – maybe you can send your CV to Naughty Dog and join them if you are lucky. But back to this „close out” term: it doesn’t mean the game will be finished in the next few weeks or months. No, because Naughty Dog wouldn’t look for programmers in that case. Instead, it means the last PHASE of the development of The Last of Us Part II is about to start, and even though Newman didn’t say a single word about the game, we shouldn’t forget what the team is making. Also, Neil Druckmann, the vice president of Naughty Dog (who also played a significant role in the game’s development), shared on Twitter in the middle of April that „the most ambitious cinematic shoot we’ve ever done. Tears were shed…” However, that was over a month ago.

The Last of Us Part II doesn’t have a release date or window announced yet (but we have heard a few things that we discussed as well), so we can’t mark our calendars of the PlayStation 4 exclusive on the calendar. As Sony is skipping E3 this year, they might hold a State of Play broadcast in June to perhaps give us some answers. 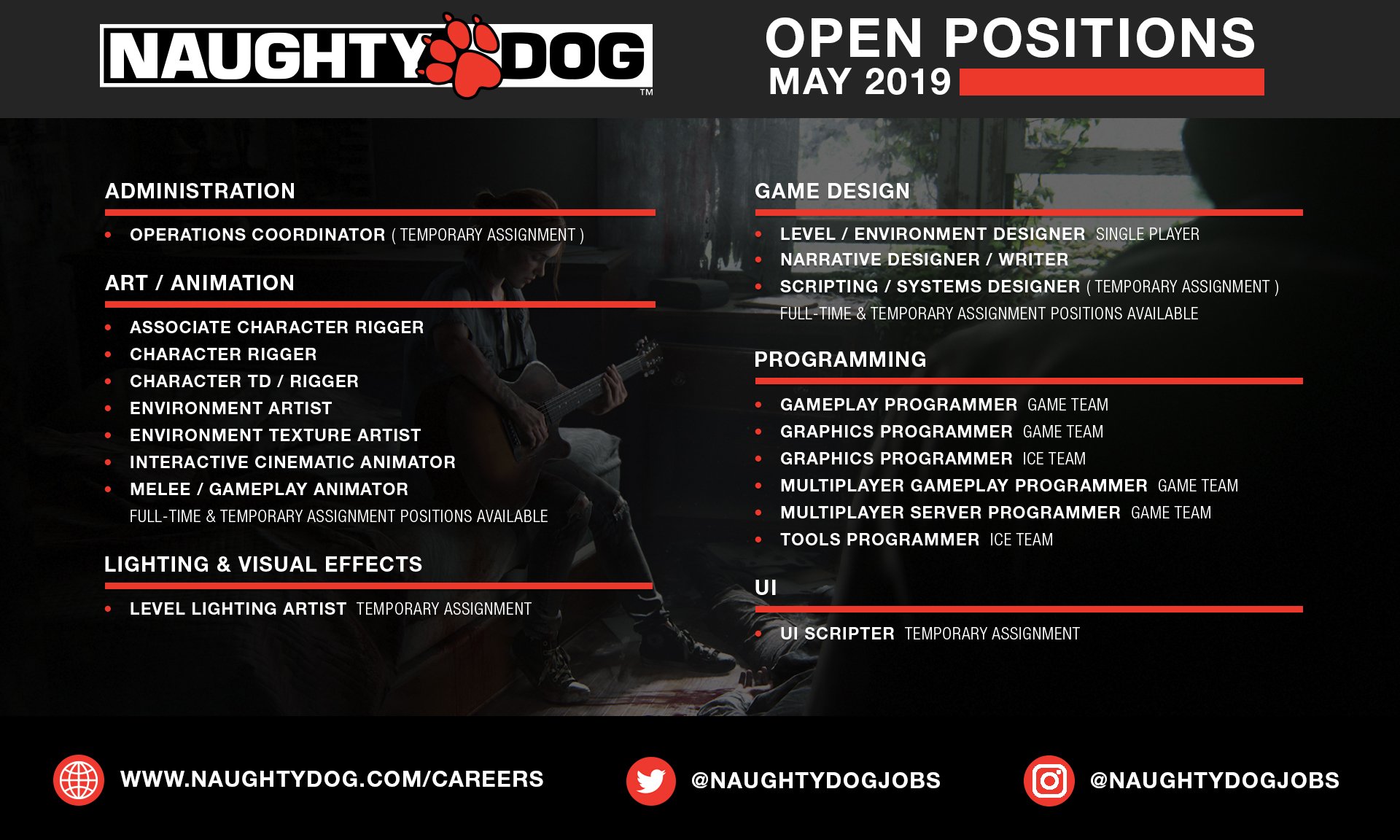