2K (=Take-Two) announced that the studio formed in the Silicon Valley a year ago got christened: its name is 31st Union, and its state-of-the-art development facility, it already plans to have a second location in Spain. However, it would make this team only the fourth 2K Games studio with multiple locations around the world. They are recruiting – you can see the job listings on their website.

„31st Union is off to an incredible start with a passionate and talented team, an intentioned culture that champions inclusivity and greater representation, and an ambitious and inspired new IP that we’re extremely excited about. Our name and studio represent the spirit of California in its rich diversity of thought, art, music, innovation, and cultural representation that have defined the current golden age of entertainment and technology here in Silicon Valley. In revealing our new identity and announcing the expansion of our operations, we’re shifting into an exciting next phase of growth to include more voices and bring our vision to life around the globe,” said 31st Union president Michael Condrey in a press release. Condrey isn’t a nobody in the gaming industry: he was previously a producer of Dead Space before his work on the Call of Duty series (Call of Duty: Black Ops, Call of Duty: Advanced Warfare, Call of Duty: WWII director), plus he was a founder of Sledgehammer Games.

„We’re creating a development environment focused on a single new IP where passion is at the centre of it all. We believe diverse perspectives and experiences are crucial to creating a truly global entertainment experience with a deep connection to passionate fans,” 31st Union head of strategy Tyler Michaud added.

Why the bear? It’s simple: in 1846, the rebels against Mexico used a flag that had a star, a bear, a red stripe, and the words California Republic. It’s still the flag of the state of California, and the studio is indeed located near to the West coast.

Good luck to Condrey – let’s see what the ex-Call of Duty guy can do now. 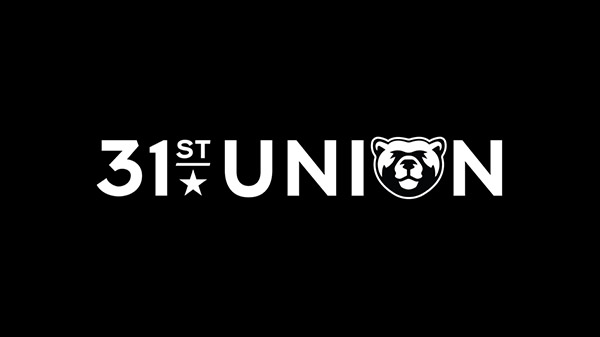