Satya Nadella believes that it could cause problems if we constantly relied on remote/home office work.

The gaming industry had to respond accordingly to the coronavirus global pandemic, and thus, we heard that multiple studios have shifted to remote work. Microsoft’s CEO told the New York Times in an interview that he doesn’t think it’d be a good idea if the home office approach becomes permanent.

He said that the world was/is adapting to the COVID-19 pandemic in three phases. The first one is the initial response, where offices (plazas, community locations, etc) got closed. The second one is the recovery phase, which is currently happening in a few countries. The third phase he nicked as „reimagining” – in this one, companies have to adapt their operations and improve their efficiency based on what they learned from the previous two phases.

However, Nadella doesn’t think that permanently working from home will be included in such reimagining, as it would be nothing more than replacing one dogma with another. „What does burnout look like? What does mental health look like? What do that connectivity and the community building look like? One of the things I feel is, ‘Hey, maybe we are burning some of the social capital we built up in these phases where we are all working remote. What’s the measure of that?”, he said.

He did mention a positive thing, though: virtual meetings often start and end on time. However, the backside to it is that he misses physically being in the meeting room with the others, as he „connects with them for the two minutes before or after.” This can’t be replicated that much with video conferences.

The CEO of Microsoft thus doesn’T approve the home office that much, and it did impact the gaming industry. We don’t mean that the games have been developed with remote work but the fact that motion capture and audio work have been paused (we wrote about this) and that 2021 games might feel the COVID-19 impact (according to Phil Spencer, the head of Xbox).

Let’s see how much the second wave of the pandemic will hurt us. 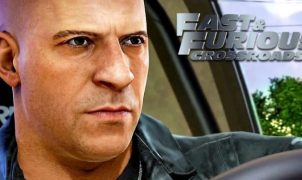