Assassin’s Creed: Valhalla: The Dark Age England Will Be „Meticulous” 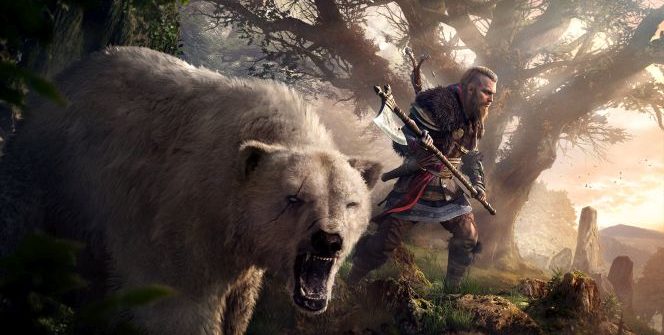 Ubisoft‘s game will not rush you to keep rolling the story forward, but, using a French term, it will use a laissez-faire approach (allowing you to discover things if you feel like doing that).

The two previous AC games, namely Assassin’s Creed: Origins and Assassin’s Creed: Odyssey got a few critiques, namely them having repetitive content (although Odyssey has improved on this front), and that the storytelling was sub-par on the non-main quests. They don’t want to repeat this mistake – Ashraf Ismail, the director of Assassin’s Creed: Valhalla told Kotaku in an interview that Ubisoft Montreal (and its fourteen supporting studios) tried its best to address these critiques.

„I would love that people feel so enriched by the world itself that they hopefully want to continue playing in it and discovering. This is a meticulously handcrafted world. We want to make sure that you feel the essence of Dark Age England in all its really beautiful details. Different parts of the country had different practices, different beliefs, different ways of living life. And we used those details. So we were meticulous about this, and we want people to discover that in Assassin’s Creed: Valhalla. A lot of this is optional content. But there’s a lot of deep storytelling that’s happening in all of this optional content. So, for sure, it’s there because we want people to see it.

I want you to be able to tell me that every single one of those hours in Assassin’s Creed: Valhalla was worth it. There’s a lot of studios involved, as you know. But the goal was, it’s about uniqueness. It’s about respecting our players’ time and giving them mysteries and puzzles to sort of resolve. And here I’m speaking a bit conceptual, but there are bigger mysteries at play. There are bigger puzzles that need to be unravelled with really intriguing truths behind them,” Ishmail said.

Assassin’s Creed: Valhalla doesn’t have a release date yet, but it has been rumoured to arrive in mid-October. The game is in development for PlayStation 5, Xbox Series X, PC (Epic Games Store, Ubisoft Store), Google Stadia, PlayStation 4, and Xbox One. It will be a launch title on both next-gen consoles.