League Of Legends: Did Riot Base Seraphine’s Character On Her? A woman named Stephanie claims that Riot based Seraphine’s character on her in League of Legends (also widely known as LoL).

Stephanie, whose full name has been censored by both Riot and PCGamer per her request, says she has been in a relationship with an ex-Riot employee for three months in 2019, which is how the studio took her likeness. Riot denies the allegation: „Seraphine was independently created by Riot Games and was not based on any individual. Additionally, the former employee [Stephanie] is referring to left Riot more than a year ago and was in a department and role that has no input whatsoever into the creative design process,” their statement reads.

Stephanie published a Medium post, in which she shared a screenshot with the ex-employee, named John (censored again). She met him twice in person, but other than that, they chatted about League of Legends (and played together). John brought up ideas for skins for her favourite League of Legends character, Ahri, that were based on her. She then visited Riot’s headquarters for a tour, where she got artwork  When she visited him for a tour of Riot’s headquarters in Los Angeles, he gave her artwork by Riot illustrators, depicting her as Ahri. She thought this was strange as they barely knew each other, adding that John implied that he could influence the KD/A project. After the meeting, she backpedalled, claiming John is moving too fast, which is where John blocked him altogether.

In September, she remembered that a K/DA surprise would be revealed on her birthday, And on that day, an illustration of Seraphine showed up on the character’s Twitter account (Riot tends to give each character one), and Stephanie thought it was more of a coincidence, as the pink-haired character looks similar to Stephanie, posing with a cat in illustrations that resemble Stephanie’s photos that she sent to John. She also noted that the character drawings resemble her artwork, not to mention that the character comes from League of Legends’ regions of Piltover and Zaun, and she wrote an essay about them, it was shared with John, who then printed it out and framed it in the office.

However, on October 29, Jeevun Sidhu, a Riot senior designer, tweeted that his partner (a Riot employee who goes by Riot Whiskies online) inspired Seraphine’s personality. Her hair is also pink, and she posted a Seraphine cosplay on September 28. Stephanie acknowledged this, saying that Seraphine is not based purely on her, which contradicts Riot’s comments (Seraphine was not based on any individual).

Michigan State University law professor Brian Kalt said that a case would likely involve „the tort of right of publicity, also known as appropriation of likeness,” which „protects your name or likeness from unwarranted intrusion or exploitation.” „It’s not clear to me what her damages are, though. She’s upset, but how many dollars is that worth? [It] doesn’t sound like a ‘million dollars worth of emotional distress’ sort of case,” Kalt says. Stephanie is not a celeb, but her privacy might be a reason for a lawsuit. John previously hinted that he could put aspects of her into the game as an (over the top and unwanted) romantic gesture, and it also could have been a coincidence.

The images say a lot. 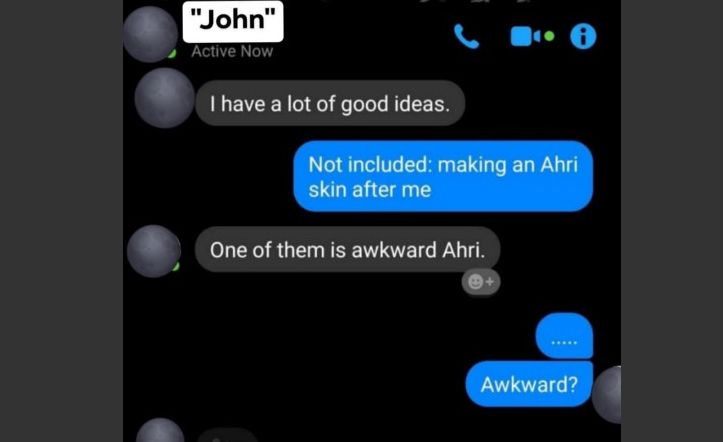 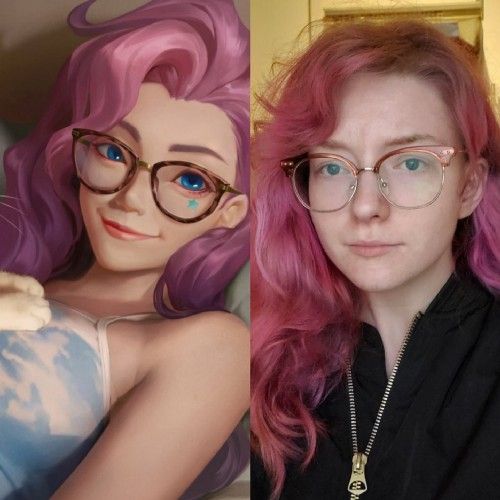 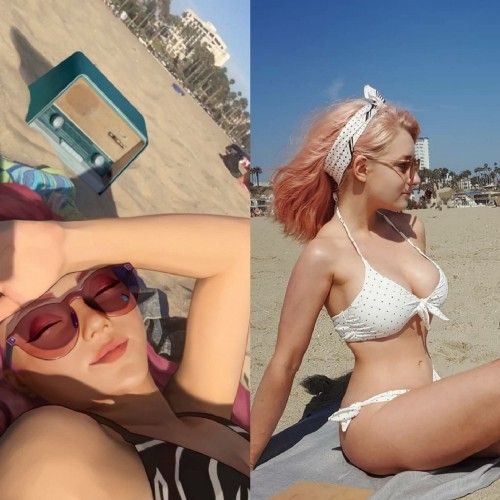 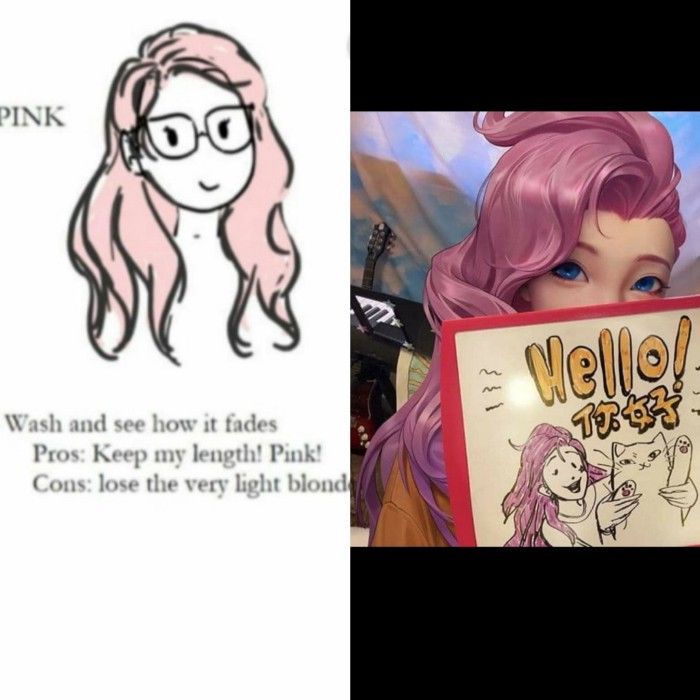 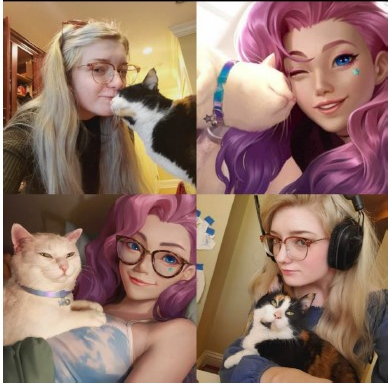 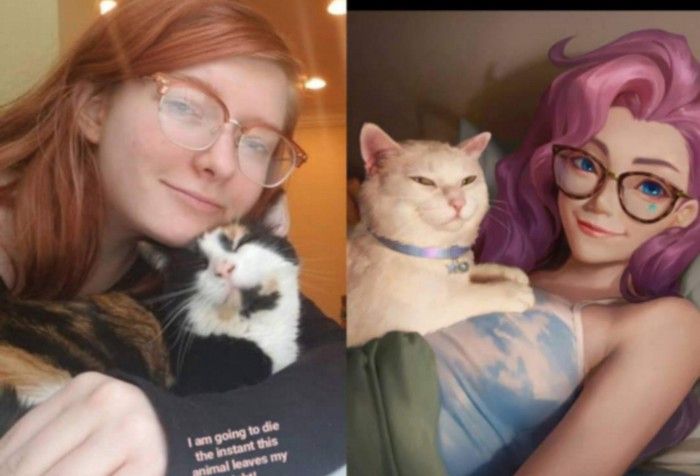