Call Of Duty: Did Sony And Activision Blizzard Break Their Long-Running Agreement? According to a rumour, this year’s Call of Duty (which was still not showcased!) might try to make you buy two products.

Regarding 2021’s Call of Duty, we previously wrote that the game, allegedly called Call of Duty: WWII Vanguard, is not in the best state at Sledgehammer Games (possibly due to the pandemic causing problems in the development…), and it might be playing a role in why the scandalous publisher (whose case we have been following closely in the past week) might try to earn more money and why the game has not been shown yet.

Let’s talk about the rumour, which comes from MW2 Ghost, a reliable Call of Duty insider, who wrote the following on Twitter: „Got a report that Activision Blizzard has broken contract with Sony about Modern Warfare 3 Campaign Remastered.  Essentially, it means they can probably just bundle it with CoD 2021 and have it release on both platforms at once (just an example). I’ll update when I can on this.”

The deal between Sony and Activision Blizzard meant that the new content for the Call of Duty games showed up on PlayStation first, and before it, this deal was for Microsoft. And here’s the thing: if this is true, Activision Blizzard might be repeating 2016. Back then, Call of Duty: Infinite Warfare’s more expensive version included Call of Duty: Modern Warfare Remastered, the re-release of 2007’s Call of Duty’s story. And no, initially, you could NOT buy this remaster separately!

This might be the company’s way to stuff its pockets with money this year (and pay Bobby Kotick’s bonuses, and he happens to be the CEO of Activision Blizzard…), but keep in mind that it isn’t official yet. But knowing them, it likely is true. 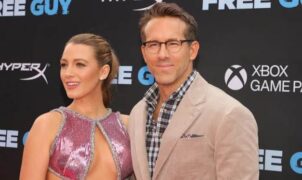