The Best PS2 Emulator Finally Gets A User-Friendly Interface The emulator hasn’t had a very polished interface, but the developers have finally made up for it.

The open-source PCSX2 is the best way to run PlayStation 2 games on a PC. (We’re using our discs, right? Or image files created from them?) It supports more than 98% of the vast catalogue of games, but until now, it had a weakness: it didn’t have a clean interface, which made it not uncommon for someone to try to make PCSX2 look somewhat nicer with a different frontend launcher. However, the emulator now has a public release with a graphical user interface (GUI for short) called Qt.

Games are presented in a grid, similarly to Steam (so you can see their box art), but you can also choose a traditional list. You can also switch to the now-trendy dark mode, and there are several easy-to-understand icons at the top of the GUI (some of which are not yet usable, as they are in development but will be available in time). If you’re familiar with the PS1 DuckStation emulator, you’ll also find the PCSX2 GUI similar, as Stenzek, DuckStation’s primary developer, has also contributed.

For the cover art images, it’s worth visiting The Cover Project and giving them the exact name you have for your.iso image files, then put them into the PCSX2 box image (\covers\) folder. Then, switch to the Game Grid option from the View menu in the emulator, and you have a nicer looking list. Qt also innovates in other ways: there are different settings for each game, so if you’re using a unique button assignment somewhere, you don’t have to change it back and forth, and fan texture packs won’t be an issue either when you switch to another game. DS4Windows, Steam? There is no need to bother with those either, with native support for the DualShock 4 and the DualSense controller. Updates are also downloaded automatically.

The not-yet-stable version runs on Windows 10 and 11, and the developers openly state that this release may still be buggy, so use it at your risk. 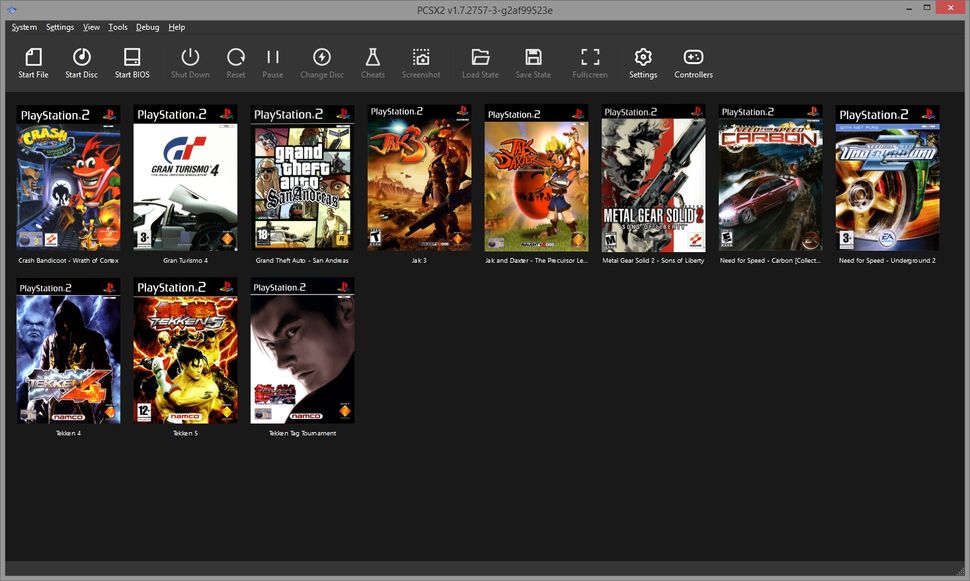