OPINION – With Thor: Love and Thunder hitting theatres this summer, let’s look at all the Asgardian god’s appearances in the MCU – ranked from weakest to best.

Of Earth’s mightiest heroes, Thor (played by Chris Hemsworth) is out of this world regarding fighting. Though some consider Thor the strongest Avenger, his emotional strength is often tested. In every appearance in the Marvel Universe so far, Thor is the first to celebrate victory over the enemy. However, something changed in him during his first trip to Wakanda: he was more interested in fighting the proper fight than storming in and winning just for the sake of winning. In the upcoming Thor: Love and Thunder (which we’ll review next Tuesday), Thor’s journey promises to be more ‘soul-stirring’ than full-on warfare. In the meantime, we’ve rounded up all Thor’s MCU appearances for you, ranked by their order. 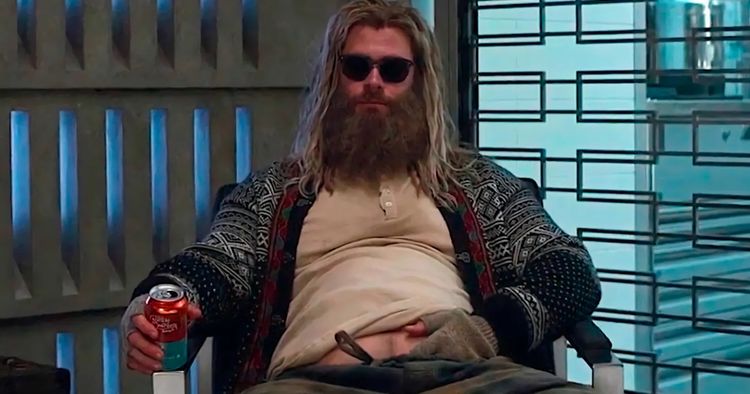 In the final instalment of the Avengers saga, Avengers: The Endgame, the original six faced the unthinkable loss of half the universe. Thor, in his pain, decapitates Thanos and leaves the team. The team spends five years adjusting to this “new normal” and the rest of the world. In the Endgame, Thor gains considerable weight and becomes a real clown. According to Business Insider, the fat jokes made by most of the team is light humour and perpetuate the idea that being overweight is shameful. According to Slash Film, Thor’s story was originally about revenge. Still, the Russo Brothers, who directed the film, decided not to repeat the pattern. Sadly, this decision opened the door for the Avengers to mirror their previous team-up. Thor, as in Marvel’s Avengers, becomes an outsider simply because of the socially unacceptable way he handles his grief. 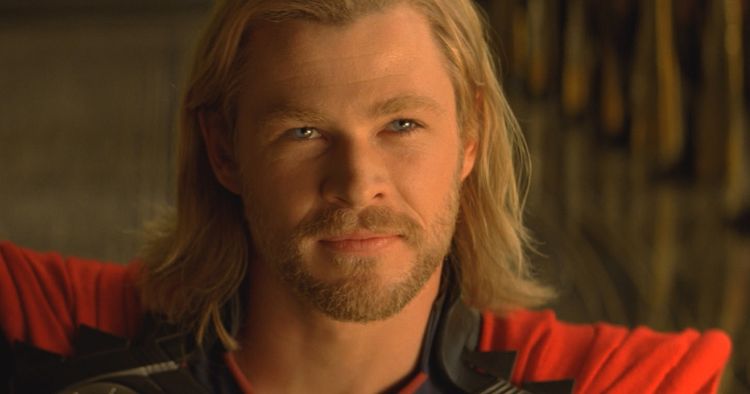 Thor’s most poetic debut of the original six is full of tragedy, betrayal and ego. Helmed by the Shakespearean actor and director Kenneth Branagh, Thor is exiled to Earth while his brother Loki attempts to go to war with the Frost Giants of Jotunheim and rule Asgard, as treachery makes Odin bargain. Before Thor is being banished, both his father Odin and Laufey, King of Jötenheim, tell Thor that his selfish ego drives him. At first, Thor is the epitome of egotism and “toxic masculinity”. But the more time he spends on Earth, the more he accepts that he may never return to Asgard or regain his powers. Fascinated by Earth’s way of understanding how the universe works, one of his best lines in the movie is actually: “Your ancestors called it magic, you called it science. Well, I come from a place where they are the same thing.” That scene is just perfect. At this moment, Thor is no longer a mythical god but essentially human. It is also Marvel’s introduction to a god that is the myth of an ancient society, a springboard to the potential to be both powerful and vulnerable. 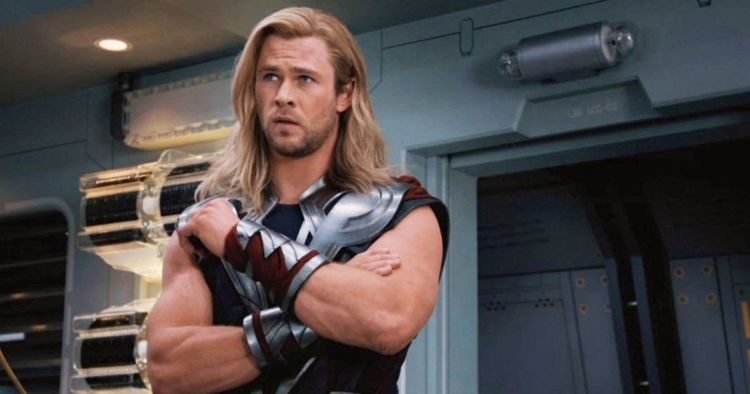 In his second appearance in the MCU, Thor teams up with other Earth superheroes against his brother Loki (Tom Hiddleston). Thor’s appearance in Marvel’s The Avengers is one of the most epic entrances in the MCU. When he is captured by Captain America (Chris Evans) and Iron Man (Robert Downey Jr.), Loki is startled when some thunder rolls over the plane. The events of Thor set the stage for the alien invasion and Loki’s chance to prove himself worthy of the throne. As with the forced team-up of other superheroes, Thor is the most reluctant of heroes. This movie is actually the beginning of Thor blaming himself for putting the people of Earth in danger. Thor confesses that he is the cause of Loki’s vendetta. Although none of the Avengers blames Thor outright, he immediately takes responsibility and ends the fight. By taking responsibility for the destruction in New York and presumably New Mexico, Thor becomes more humble and vulnerable. 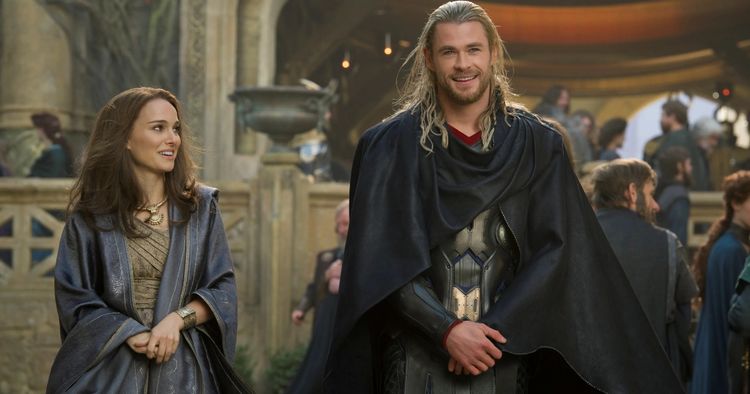 After Doctor Jane Foster (Natalie Portman) absorbs the Aether in Thor: The Dark World, Thor’s two worlds collide as he must protect his Earth-born girlfriend from something he claims to have destroyed. The themes of the first part of the Thor storyline return, like Thor betrays Loki and takes on the egotistical Dark Elf, Malekith (Christopher Eccleston). The most significant difference between Thor of the Dark World and Thor of the Avengers is that he seems driven not by ego or the need to protect Earth but by love for his family, his girlfriend and his people. Whatever rose-tinted glasses Thor was wearing were destroyed in the Avengers. In the Dark World, Thor disobeys his father’s wishes, and he is willing to betray his family and do what is right for himself and others. This softening of character establishes Thor’s ability to openly grieve and act when his mother, Freya (Rene Russo), is slain by one of Malekith’s minions. If The Avengers is the beginning of Thor’s vulnerability, then the Dark World is the catalyst for Thor’s journey into depression and post-traumatic stress disorder. 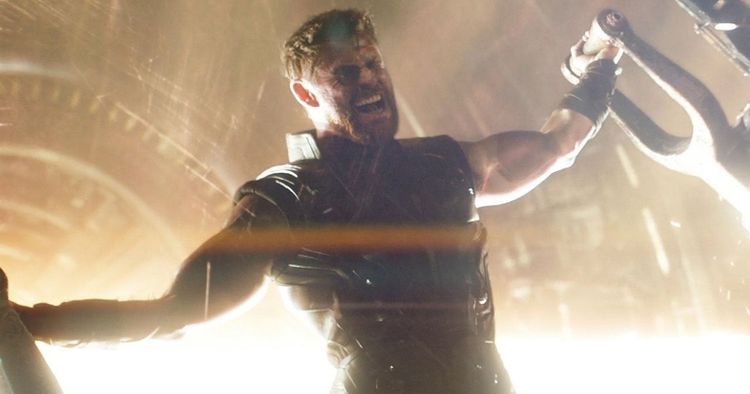 Avengers: Infinity War is the essence of the MCU’s Infinity saga. The events of Captain America: Civil War have left the Avengers scattered, and they must team up with other heroes across the universe to stop Thanos’ genocidal mission. Thor and Hulk are the first to meet Thanos and his army. In a matter of moments, Thor watches his home destroyed, his people slaughtered, and his brother and best friend killed. His vengeance is understandable: for the first time in the MCU, he is alone, with no one to lead but himself. After forging the Stormbreaker, his most epic weapon on Nidavellir, he makes one of the most epic entrances in cinematic history. The final thread of Thor’s revenge story is when he stabs Thanos in the chest. According to We Got This Covered, Thor wanted Thanos to suffer the way he has sustained throughout the film. Infinity War is the end of Thor’s grief. Everything that comes after that for him, all the loss and attempts to prove himself, is focused on this moment. 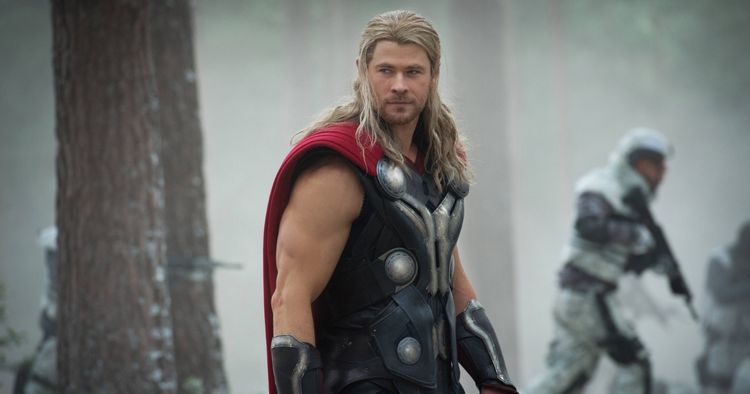 Indeed the beginning of the end, Avengers: Age of Ultron, is the first breaking point for Thor. One of the greatest scenes of the MCU franchise is when Thor engages in a ferocious battle against Hydra. One of the reasons Thor is at his best in Age of Ultron is because of how organically he fights as a team, especially alongside Captain America. The other reason is Thor stumbles while lifting Bruce Banner, unconscious after the battle against Hydra. Still, the film’s best moments are the search for answers around Mind Stone. Thor and Captain America were tied for the most Infinity Stones before Avengers: Infinity War. At Barton Farm, where the Avengers are convalescing, Thor undergoes a physically and mentally exhausting trance to understand a hallucination induced by Wanda Maximoff (Elizabeth Olsen). She is also why the Vision is still alive despite the clash between the Avengers and the Maximoff siblings. In the Age of Ultron, Thor understood things far beyond what humans can comprehend – it’s also a kind of flashback to what he said about science and magic in Thor. 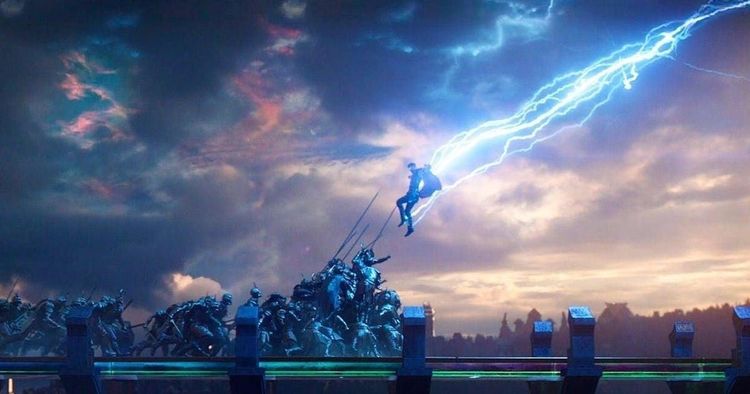 Of Thor’s appearances, he is at his emotional, holistic and warrior best in Thor: Ragnarok. According to Pink Villa, Hemsworth was bored and disappointed with the way Thor was written and portrayed. Marvel’s decision to put then-independent filmmaker Taika Waititi at the helm of the third Thor instalment was a stroke of genius. The previous Thor solo films had been marred by tragedy, while the MCU’s other solo superhero films had moments of fun and comedy. Plus, Hemsworth needed to come into his own with the character, which Waititi pulled off beautifully. Hemsworth, who is not only a great action actor but also a comedian to boot, gets to show off his comedic skills throughout the film while having various heartfelt moments with his brother Loki and teammate Bruce Banner/Hulk. In essence, Thor: Ragnarok is where audiences get to see Thor as he truly personifies his character. Halfway Home – Love and Death Made in Hungary