Conor McGregor Could Make His Acting Debut In The Remake Of Road House?! 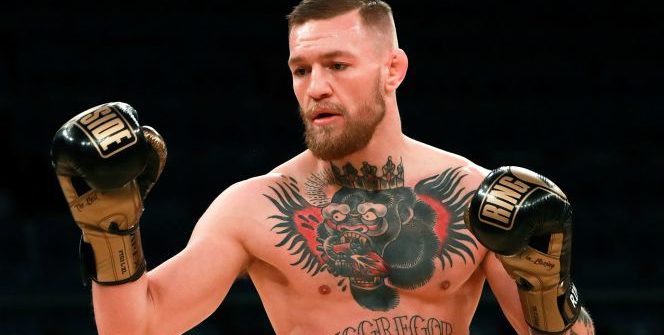 Shortly after it was announced that Jake Gyllenhaal would be helming Amazon’s remake of Road House, former UFC champion Conor McGregor has joined the cast in a starring role. Deadline has the scoop so far; no specific details on McGregor’s role have been revealed, and it’s unclear whether Gyllenhaal will play Dalton as a friend or foe. The mixed martial artist will reportedly not be playing himself but as an original character.

According to Deadline, Conor McGregor put off making his Hollywood film debut until he found a project that seemed right.

According to the news, Conor McGregor learned that he was being considered for the remake of Road House and to help him make his decision, he watched the original film first. As he liked the movie, the MMA fighter then met with producer Joel Silver to discuss the reboot.

“He was totally on board and liked the idea of where the new story was going compared to the original,” said the producer.

McGregor has limited acting experience, having previously appeared in commercials, and although he played himself in the 2017 documentary Conor McGregor: Notorious, the new Highway Disco will be his feature film debut. He is best known, of course, for his MMA career, which has seen him simultaneously hold the UFC featherweight and lightweight titles. The fighter has headlined numerous UFC pay-per-view events and is considered the biggest draw in MMA history, with Forbes naming him the world’s highest-paid athlete in 2021.

Doug Liman is now at the helm; the original Road House was directed by Rowdy Herrington, with a script by David Lee Henry and Hilary Henkin.

The film has since become a cult classic and is one of the most popular films of its time, hailed as one of the best by the late actor Patrick Swayze. The news of the remake has therefore left many fans uncertain, as Gyllenhaal takes on considerable responsibility in taking over the role originally played by Swayze in the first film.

This will not be the first sequel to Road House. The sequel, Road House 2, was released directly to DVD in 2006. In it, Johnathon Shaech played the son of Swayze’s character, with Ellen Hollman, Richard Norton, Jake Busey and Will Patton among the other actors. The film was not as well received as the original film and put the franchise back on the ice for many years.