Assassin’s Creed Valhalla: Ubisoft Has Made A Much Anticipated Move! 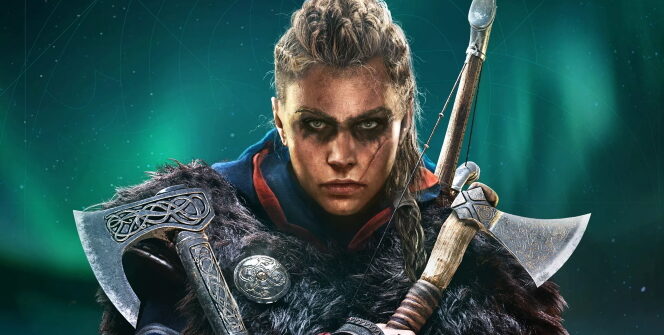 Now it’s official: Ubisoft is returning to Steam, and Assassin’s Creed Valhalla will finally be available in December.

Two weeks ago, background information emerged suggesting Ubisoft would return to Steam. Now it’s official: the return will begin with the release of Assassin’s Creed Valhalla, which will debut on the store on December 6.

In addition to its own online store, Ubisoft has been Epic’s exclusive publisher on PC since early 2019.

This has kept big releases like The Division 2, Far Cry 6, and Ghost Recon Breakpoint away from Steam. As well as Watch Dogs Legion, Rainbow Six Extraction and of course Valhalla. Steam is by far the most popular digital storefront for PC gamers. This was an unusual situation: Epic Games Store exclusives are usually for a year or, in some cases, less. But Ubisoft seemed content to settle for an open-ended deal. That’s why this Steam return is a big deal.

“We’re constantly evaluating how to bring our games to different audiences wherever they are while providing a unified player ecosystem through Ubisoft Connect,” Ubisoft wrote.

“Assassin’s Creed Valhalla, Anno 1800 and Roller Champions are among the Ubisoft titles coming to Steam.”

Ubisoft did not say why it decided to return to Steam at this particular time. One interpretation is that this marks the end of the push by the big publishers against Steam, or more specifically, the 30% share of sales. Ubisoft joins publishers Microsoft, Electronic Arts and Activision, who, after trying solo ventures, have finally ended up back on Steam. Valve has not wavered in their absence. Steam remains the dominant digital distribution platform for PC games.

And with the holiday season approaching, there’s no better time for Ubisoft to break the bank with an Assassin’s Creed game, even if it is a few years old.

As with Epic and Ubisoft’s stores, Assassin’s Creed Valhalla will be available on Steam in four editions – standard, deluxe, Ragnarok and complete – each offering different bonus content, including content packs, the Dawn of Ragnarok add-on and a season pass. As Ubisoft’s announcement indicates, the game will continue to use the Ubisoft Connect client.

Anno 1800 and Roller Champions are currently unavailable on Steam, and no date for their return has been announced.