A new Wolfenstein game is in the works? 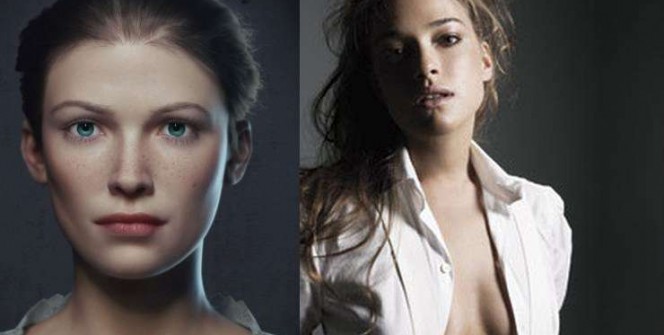 olfenstein: The New Order was great and even this year’s standalone expansion, The Old Blood wasn’t that bad too. Will there be a sequel? Although there isn’t any official confirmation of that yet (and it’s likely not going to happen any time soon!), but we saw another voice actor slipping information perhaps a little too early.
Alicja Bachleda-Curuś gave an interview to a Polish television channel, and she said: “I’m working on a video game, first part of which I have already made. Now we’re making a second one, which will take two more years. I played this game as a child. I was very happy when I got to the point where I could shoot Hitler.”

Hold on, let’s recap. Alicja was born in 1983. Wolfenstein 3D was released in 1992 and this was the game, which allowed you to shoot Hitler to a pile of mush. This says it all, really. So it looks like Machine Games is working on a new game… therefore, we’re waiting for the sequel, or at least the reveal of the game! Maybe next E3…?