May the Forth Be With You! – The Five Best Star Wars Video Games RETRO – We celebrate Star Wars Day. We encourage you to do a marathon of Star Wars games with these five releases!

Today, May 4, Star Wars Day is celebrated every year. A date in which all Star Wars fans gather (physically or through the internet) to share their taste and passion for everything that surrounds the work of George Lucas: movies, animation series, video games, board games, toys … Anything!

In PS4Pro, how could it be otherwise, we encourage you to celebrate such a marked date with a video game marathon. That is Friday! These are the best five favorite releases on the Star Wars games saga. Half a dozen fantastic titles, recent and veterans, that will delight any fan of The Force.

Enjoy them. These are, without a particular order beyond the chronological, the five best games of Star Wars. 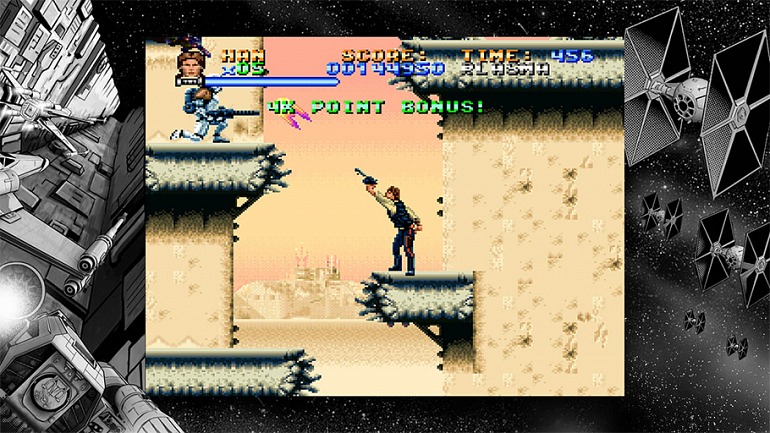 The decade of the 90s was particularly generous for lovers of video games “run and gun,” i.e. those 2D shooters with elements of platforms and a huge amount of enemies to defeat. Especially challenging, fun and faithful to the original work is the great Super Star Wars of a LucasArts that was in a state of wild form, and that was associated with Sculptured Software Inc. to give us one of those stratospheric releases that belie all those whom they defend that there is no good adaptation of cinema to video games. Very varied levels, emblematic characters and situations that, for the time, were as epic as those of the movies are its main strengths.

There are several first-person shooters on Star Wars, and it hurts us in the soul to leave out a jewel-like Republic Commando, but if we have to stay by quality and relevance with one, we will do it with Star Wars Jedi Knight: Dark Forces II. LucasArts turned into magic everything he played in the nineties, and he did not care to do an FPS (although with the possibility of playing it in the third person) than a graphic adventure or a game of ships. The first belongs to this video game that had a graphics section very estimable for the time, with a terrific story and frantic action gameplay that fit very well with the course of the genre at the time. 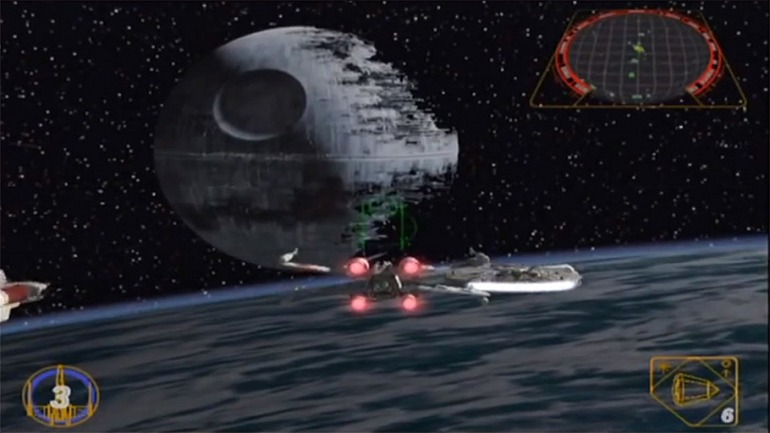 The enormous possibilities of the Star Wars universe guarantee that there are countless genres that have a place in its formula. Shooters, 2D action, strategy, role and, of course, battles of spaceships like those of the Star Wars Rogue Squadron saga. Here we are left with his second installment, a Rogue Leader that came to show that Factor 5 was one of the most reliable studies when it comes to playing games of this profile. The game includes ten missions with some of the most memorable scenes of the classic movie trilogy and fantastic gameplay that is still well in force today. One of the great ones in the arcade of ships. 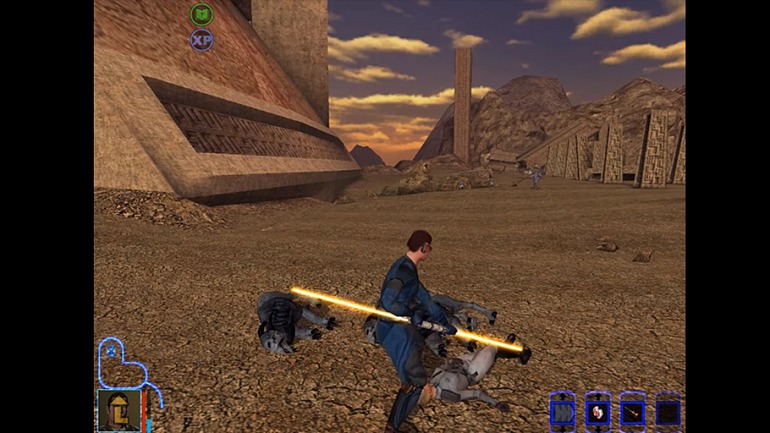 The legendary Knights of the Old Republic, or also known as KOTOR (an acronym for Knights of the Old Republic) is still, despite the fact that more than 15 years have passed since its launch, one of the best Western role-playing video games of all the times. The legendary work of BioWare was a formidable training ground for the type of adventures that we would later live in the Mass Effect saga, and it was that it already presented a fantastic combat, all the roller elements that we expect from a work of this study and, in addition, a principle of flirting with branches of decisions that would eventually lead to the most sophisticated and refined series of adventures of Commander Shepard. One of the best Star Wars games in general, and one of the greatest RPGs of all time in particular. 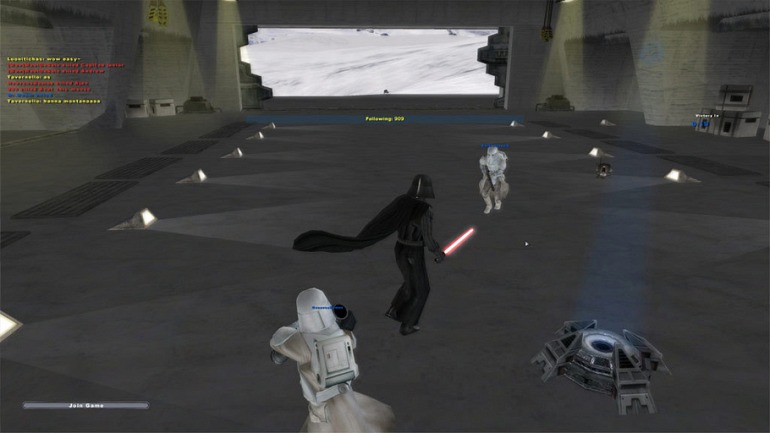 No! Before you scream in the sky, read the description of the game well, neither sign DICE nor went on sale in 2017. The Star Wars Battlefront II that we have chosen as representative of what can be achieved in the field of a shooter online with Star Wars is the Pandemic of the year 2005. A jewel that not only lived up to the first part but improved it in some areas. The continuation welcomed the space combat maps that mixed combat “on the mainland” with battles in ships, and that achieved a really amazing sense of epic even for the time. Also, I also had the heroes and some interesting settings in classes and other elements. As if that were not enough, I had an exciting individual campaign and a Galactic Conquest mode that was much more groundbreaking by the standards of the moment.

These five video games are outstanding, but surely you miss many others such as Star Wars Galaxies, Republic Commando, Jedi Knight: Jedi Academy or Star Wars: X Wing, to mention just a few. This list was five and do not fit all! Of course, all the others you can find also reviewed in the special The Best Games of Star Wars that we published at the time and in which all the great releases of this incredible franchise are collected.