REVIEW – Life is Strange 2 has come to an end, and I’m not sure if it was capable of being on the same level as the first one, but still, Dontnod’s newest episodic adventures can’t be called bad, as it offered a different experience throughout America this year. You can see one of seven possible endings.

This time, all I can say in the intro that this game did not get the usual order of writing about it.

Life is Strange 2 isn’t much of a sequel to the first one, but it still is a sequel, and it can be seen in one of the scenes via a cameo – yes, the two games end up connecting up to each other, and I honestly did not expect it to happen, so it’s a quite positive idea. However, you’ll still have to get to the border wall between the United States and Mexico, and meanwhile, you might walk to the wall yourself, depending on how you have effectively raised Daniel, the little brother with the supernatural powers, by the decisions you have made in the previous four episodes. Now, we are one month after the events of the previous chapter, near the Mexican border, after finding our mother. The issue here is that nearly half the episode feels slow, with not much happening, and the game will throw in multiple characters that you might either not remember, or see for the first time. Then you’d progress, but you will not get far, which is why Wolves feel a bit like… rushed or not appreciated by the devs. You get to the border, and then you have to make the last big decision. To be honest, we have seen better from Dontnod before.

The first game’s finale with its psycho terror touch, followed by the shock last decision, it was exciting to experience, but now… despite the seven endings, it feels weaker than what we have seen four years ago. I’m going to say it blatantly: Life is Strange 2’s end isn’t as effective as the first one’s. Now I could explain what the seven endings are, but then you’d have no reason to play the game, and since I brought up the border, you can at least get the hint of a few of them. I do have to express that a few scenes in the endings could be heartbreaking. (The montage, too. I wouldn’t like to get into details here either.) The ambience hit the right notes perfectly here and there, and, unlike in Telltale’s games (or LCG nowadays…), your decisions do seem to have an impact on the outcome of the story. Well done, Dontnod.

In the fifth episode, the political touch has also been brought back, which was present in the first chapter, too. As back then, I still find it a great idea: Life is Strange 2 dares to poke the hornet’s nest, and it did so with respect. There are good things, yes, but I wouldn’t call them as memorable as driving through the remnants of Arcadia Bay. 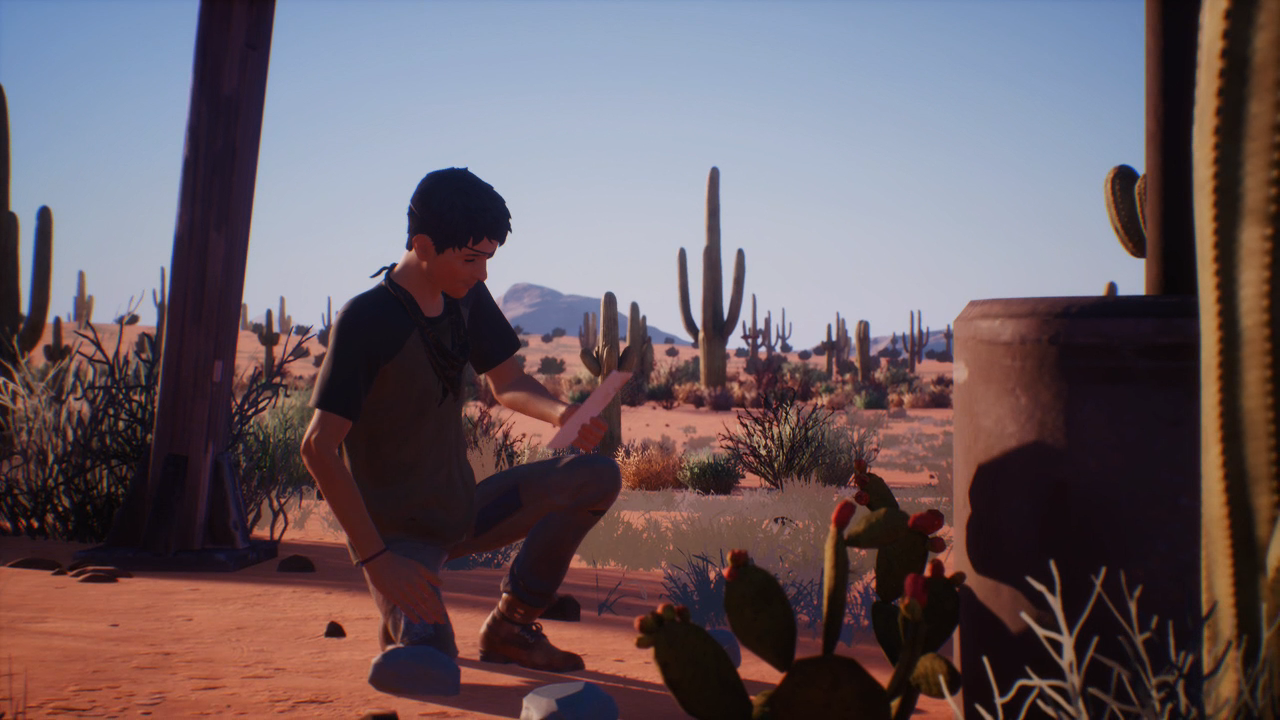 Throughout the American journey, the ambience has been kept, and it was underlined by the soundtrack, too – Life is Strange never seemed to have an issue with the music, and the voice acting is also decent for the most part. Visually, it does bring up question marks – while the characters don’t tend to look so great, the environments have received a great boost since the first game.

The plot isn’t weak either, but the gameplay felt like getting slow here and there, and it shouldn’t have happened in the final episode. Still, I rate Life is Strange 2 as a game that I can recommend for those who like episodic games. It’s an adventure that doesn’t bring the fight to the plot of Chloe and Max, but it’s still unique, and even sad. It might be a good buy for about 20-25 bucks.

The full game gets an eight out of ten, while the episode is about a seven out of ten due to the issues I mentioned before. Life is Strange 2 is good but not great, and if you don’t like the political and racist remarks (let’s face it, America is a big country that even had segregation before… so it’s still somewhat present in their culture), then I cannot recommend the story of Sean and Daniel. Let’s hope that Square Enix will remove the Denuvo out of it as soon as possible (won’t buy the game until then – I don’t need another unnecessary DRM that will break the game in a few years. Want a fresh example? Tron Evolution from 2010. Using Denuvo’s predecessor, SecuROM, it no longer starts up.)

One more question: do I recommend REPLAYING the game? Yes. Due to the different decisions you can make, you can receive an entirely different ending, and not with some minor differences – think more than that. (But for that, you probably have to like the game enough, which is not something that everyone can achieve…) One more thing: Daniel’s voice doesn’t feel like something that fits his age. It could be passable with a minor character that you see in an episode or two, but not with a protagonist that you see in the entire game.

+ Ambience, soundtrack
+ It dares to be political
+ Multiple different endings

Only for those who don't mind the political takes.

User Rating: Be the first one !
Spread the love
Tweet
Tagged DONTNODLife is Strange 2 - Ep. 5: Wolves REVIEWPCPlayStation 4Square EnixXbox One