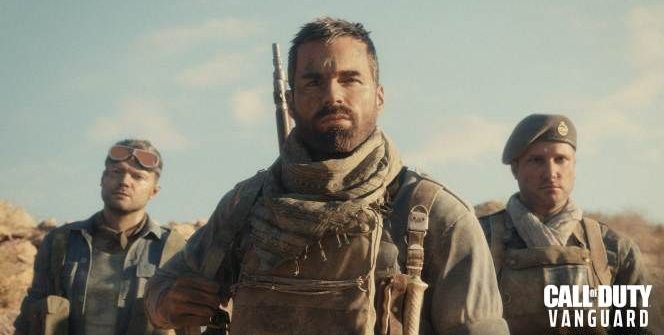 PREVIEW – Call of Duty Vanguard is the return of the CoD brand to World War II. However, there is much more behind that. In this special preview, you can find out what the video game offers in terms of technology and playability and why it has us so excited a priori with what we have seen.

Today Call of Duty Vanguard has been presented; you already know that. The video game not only represents the long-awaited return of the franchise to World War II, as it had been rumored for months, but it also has some very interesting that makes it one of the most exciting instalments we have seen for the series in recent years. Far are modern weapons, running up the walls or double jumping; Call of Duty Vanguard not only returns us to this classic conflict but also wants to do it with a certain respect for history and realism.

How are you going to do it? We tell you about it in this unique preview. In the accompanying video, you can see it with your own eyes; however, do not expect the Call of Duty saga to become a hyper-realistic combat simulator suddenly. Not at all; as you might discover in the text and the video, its developers intend to keep fun above any other consideration. However, there is also an intention to be respectful of the most chilling topics of the world, conflict and, in addition, to do justice to some of the heroes who put their lives at risk to try to defeat the Axis forces on the different fronts around the world that we are going to visit in the video game.

Fighting all over the world in the shoes of different characters is not something new for war shooters. In fact, I have already seen it insistently in some games in the Battlefield series (although not with much success). However, Call of Duty Vanguard intends to combine all this variety with a series of technological improvements that affect the gameplay and growth in size and ambition of the maps that promise a lot.

Destruction and size at the service of shootings

At a certain point in the Call of Duty Vanguard demo, the protagonist, inside a house, opens a door without knowing that there is a Nazi soldier on the other side. The German fires his carbine twice and the protagonist, surprised by the roar of the shots, has just enough time to step back and avoid them. The projectiles go through the wood of the door, making splinters fly everywhere, and the force of the bullets also push the blade with a very realistic movement. Just seconds later, the combat in the same room leaves us with another shocking and unthinkable moment a few games ago. An SS soldier is also catapulted by the force of the bullets and collides with a window, breaking the lock and opening it by inertia and breaking the glass into hundreds of pieces.

These examples of stage destruction are very striking and bulky; however, they go beyond the merely aesthetic. Until we can get our hands on the game, we will not be able to understand 100% everything that this can contribute, however with the little we have seen; there are already reasons to be very motivated with it and the fact that its developers have been working on the title since 2017 when they released Call of Duty: World War II is also a good indication.

The levels are compelling in size and interaction. On the other hand, another aspect that draws attention powerfully is the size of the stages. With the change we saw in the Modern Warfare reboot in 2019, we were already beginning to see the saga stretching after years and years of graphic conservatism. However, the progression reaches a new step in this edition because of the destruction we mentioned before and the maps’ colossal size. In the presentation, we have seen the soldiers travelling through forests and cities with well-kept interiors on the same level and without intermediate loading times, which gives a feeling of total war and endless levels. Of course, we will not conclude until we get our hands on the title because it could be a very guided demo to give a false sense of spaciousness.

Ultimately, the graphical advance has many other projections. We started with the technology that affects gameplay because, naturally, it is more important; however, there are also many moments in which Call of Duty Vanguard seeks to make an impact: and it succeeds! There is an excellent job of improving the lighting compared to the two previous instalments and reflecting greater veracity in fundamental aspects when achieving visual realism in a war conflict, such as the powerful volumetric work behind the smoke. Historic, but not much

The feeling that Call of Duty Vanguard leaves in terms of its campaign is that it wants to do several things simultaneously, but they are all ambitious, so we will have to see if it succeeds. On the one hand, it has a fascinating approach to the story mode; however, with a similar system, we have already seen the story mode of another war game that we mentioned a few lines fail. What are we talking about?

In fact, to justify this inherently, we have different characters that we embody chapter by chapter. All of them, yes, with one aspect in common: being some of the forerunners of the Special Forces, a whole story behind it and that is also inspired by historical events.

Thus, we play the British Sir Arthur Kinglsey, from the 9th Parachute Battalion, and who is inspired by the historical figure of Sidney Cornell, who fought in World War II and whose story is collected (conveniently fictionalized) in the title. Also to Polina Petrova, from the sniper division of the Soviet army and who is also inspired by the historical figure of the marksman Lyudmila Pavlichenko. For his part, Wade Jackson represents the United States faction. He is inspired by the pilot Vernon Micheel, who also fought in the conflict and lived a situation relatively similar to the one we will star in the game. Ultimately, and from the 20th Australian Battalion, we have Lucas Riggs, inspired by Charles Upham.

As you can see, the selection is not only varied in terms of nationalities, but it also guarantees many fascinating aspects in terms of the variety of missions. Petrova takes us to cold Russia on missions where the precision of our shots and sections with tanks will play a significant role. Or, to give another example, with the American Jackson, there will be some sections in which we will pilot airplanes, in the purest arcade style of the saga, of course.

There will be some sections in which we will pilot airplanes in the purest arcade style of the saga Sledgehammer Games. They claim to have had the advice of numerous researchers and renowned experts in World War II to be faithful to conflict situations. Of course, they want Call of Duty Vanguard to be a historical video game in some aspects, but to take all kinds of licenses in others. For example, even the villain is inspired by Heinrich Muller, general of the SS. Still, he is taken to the game field, with another name and similar motivations but different ways of executing it. All within the framework of an operation called Project Phoenix with which the Axis tried to find a substitute for Hitler himself, and which was also about to happen in real life, and from which they have collected some aspects of the research of the time but have later molded it to their liking. They even reflect some of the great battles of the conflict, but not the ones we have seen a thousand and one times. Confrontations that are very important even though they did not change the course of the war like the ones we have seen a thousand times in film and video games such as the Normandy Landing or Stalingrad, but others that were also important and that were carried out by ordinary people doing unusual things. 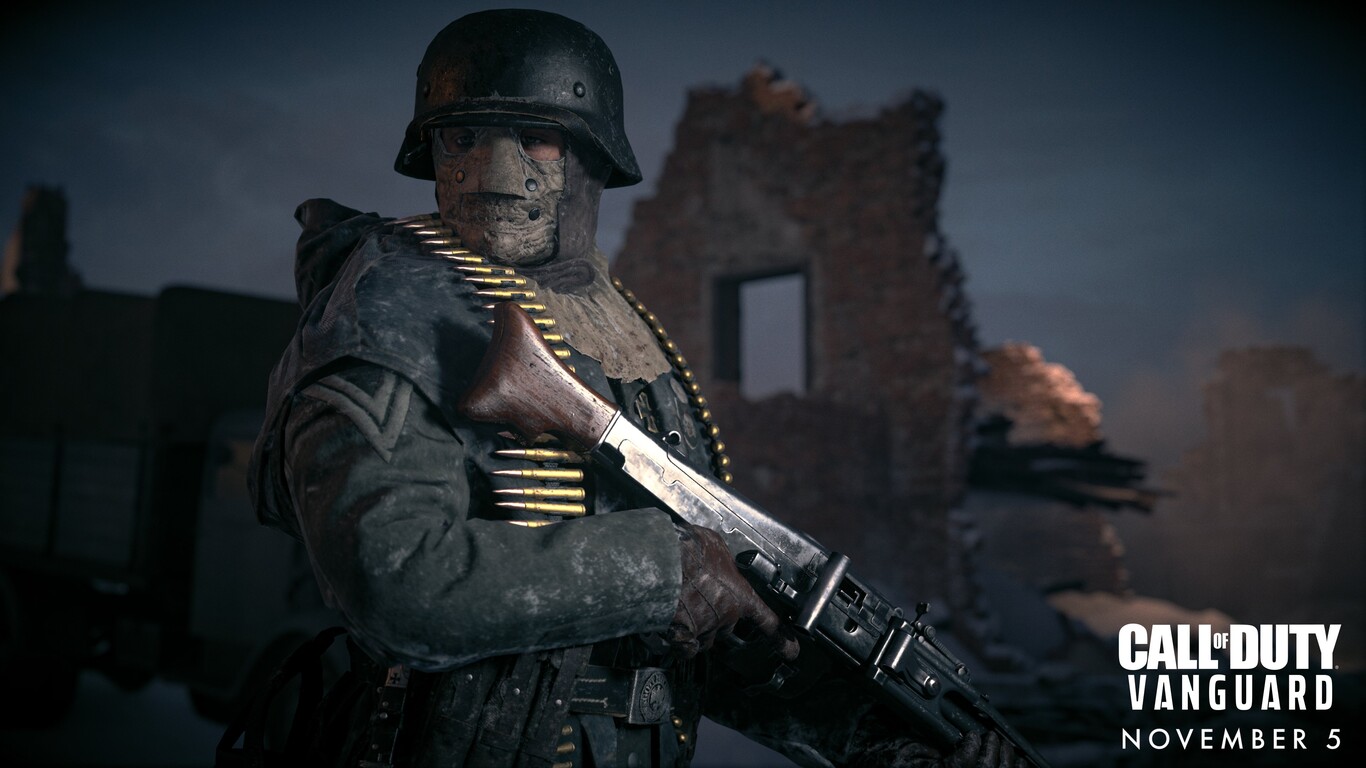 Although in this first contact with the new CoD, everything has been details and a detailed and specific look at the great news of the campaign, the truth is that if we talk about everything that has to do with online modalities, we have gone something more sparse on features. Of course, there are some fascinating factors that we have been told that must be taken into account.

More information about the competitive game mode we refer to the more traditional competitive multiplayer, we have already been told that there are 20 maps since the moment of launch. A number that, undoubtedly, will be notably enlarged with all the post-launch content that is customary to go on sale after the release of the title. On the other hand, they have also stated that they will re-implement some features that we saw in Call of Duty WWII, such as the armory where we can fully customize our arsenal. However, the significant claim of this aspect is the debut of an unprecedented way that promises to delight multiplayer fans of the franchise. This is Champion Hill, an exciting alternative with a part battle royale and another of the Gunfight that we already saw at the time, but that makes “special emphasis on creating a sense of progression between the different rounds.” Everything about this mode and the rest of the most purely competitive part of the title will arrive in the coming weeks.

Of course, if we talk about battle royale outright, we have also learned through Sledgehammer Games that there will be a new Call of Duty Vanguard-themed Call of Duty Warzone map. This part of the title is being developed by Raven, true veterans of the industry who have been supporting the franchise in different aspects for years. The mode will arrive at a time yet to be determined accompanied by an anti-cheat system applied to all Warzone maps. That, in addition, will also integrate the same weapon and class balancing technology that is implemented with the launch of Vanguard itself.

Ultimately we have to talk about the zombie’s mode that, on this occasion, the guys from Treyarch develop, feeding the feeling of the melting pot of teams that collaborate in the realization of each game. Why this particular company? This modality has the particularity on this occasion of being the first crossover between video games, and that is that the Call of Duty Vanguard zombies share a universe with those of Call of Duty: Black Ops – Cold War. Here they work as a prequel and connect with Call of Duty Modern Warfare, creating a whole in the style of a fascinating joint universe.