Driver Returns, But Not In The Way Many Expected! CINEMA NEWS – Ubisoft is finally going back to its Driver IP in a serious manner, but the result isn’t going to be something that fans expected.

Ubisoft announced that its Ubisoft Film & Television division is working on a live-action show based on the open-world driving games. As expected from the franchise, it will focus on John Tanner, a former race driver (who thus has a lot of experience behind the wheel), an undercover agent, trying to take down a crime syndicate (presumably from the inside).

It’s surprising from Ubisoft, as the last significant Driver game launched in September 2011. It was Driver: San Francisco, developed by the creators of the series (Ubisoft Reflections), and it was far better than Driv3r, but we wouldn’t detail how bad THAT game was. There was another game with the Driver name slapped on it. However, first, it’s a free-to-play title, second, it’s on mobiles, and third, it doesn’t even feature cars! It’s called Driver: Speedboat Paradise, which centres entirely around boats… (And there was a Driver prototype that turned into Watch Dogs).

The Driver show will be exclusive to Binge.com. This new streaming platform was announced at this year’s E3, and it will “showcase original premium content inspired by the most popular video game worlds and content creators.” Next year, the platform is expected to launch on Internet-connected devices (consoles, PC, mobiles, TVs…).

Currently, there is no premiere window for the Driver series. It will be produced by Ubisoft Film & Television, with the division’s Jason Altman, Danielle Kreinik and Genevieve Jones as executive producers, alongside Binge’s Allan Ungar and Vincent Talenti. It’s too early to ask about the cast. Ubisoft has also announced partnerships with Netflix to produce films and series for Tom Clancy’s The Division, Beyond Good & Evil, and Assassin’s Creed. In June, the Ubisoft Film & Television division launched its first independently-produced film, Werewolves Within.

Why not make a game…?

Spread the love
Tagged Driver 2Driver 2: Back on the StreetsDriver 2: The Wheelman is BackPCReDriver 2Ubisoft 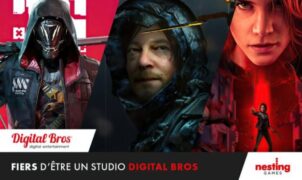 Racist And Sexist Harassment Is…