PREVIEW – Assassin’s Creed Mirage is set in 9th century Baghdad, with a much younger Basim as the main protagonist.

Assassin’s Creed Mirage allows Ubisoft to return to the series’s roots and celebrate the action-adventure foundation on which Assassin’s Creed was built 15 years ago. While it’s true that Assassin’s Creed Valhalla, Odyssey and Origins are among the best open-world games of the last decade, there is a segment of the population that wants something more minor scale, more focused and dynamic. And if you feel the same way, you’ll want to check out Assassin’s Creed Mirage – if you are a stealth fan, this game is for you! What is Assassin’s Creed Mirage?

Three Assassin’s Creed Mirage editions will be available at launch. The Standard Edition will cost $50/€50; the Deluxe Edition, which will include Prince of Persia-inspired DLC, will cost $60/€60; the limited Collector’s Case, which will consist of a 32 cm Basim figurine, a map of Baghdad, an exclusive steelbook and more, will cost $150/€150. If you complete your Assassin’s Creed Mirage pre-order now, you’ll get exclusive access to the “40 Thieves” side mission.

Check out the debut Assassin’s Creed Mirage trailer above for a first look at the younger Basim, the beautiful Baghdad setting and the sophisticated focus on assassinations, parkour and stealth. While the CGI trailer does not include gameplay, it gives a perfect sense of what to expect from Mirage. Fans of Assassin’s Creed and Assassin’s Creed 2 will want to pay attention, as there are a lot of mechanics hinted at here that were lost when the series was turned into an RPG.

Where can we go killing?

Assassin’s Creed Mirage is set in 9th century Baghdad – the period begins in 861 (the Golden Age), a few decades before the events of Assassin’s Creed Valhalla. According to Artistic Director Jean-Luc Sala, Baghdad was virtually at the centre of the world at this time. It was “a key location of knowledge, art, innovation, science, commerce and power”. As 9th century Baghdad was virtually destroyed five centuries later, Ubisoft has drawn on historical documentation and other contemporary cities (such as Samarrah) to recreate Baghdad as accurately as possible. The size of the Assassin’s Creed Mirage world

Assassin’s Creed Mirage will be much smaller than the worlds offered by Assassin’s Creed Valhalla, Odyssey and Origins. Baghdad itself is divided into four distinct districts, including the industrial area of Karhk and the lush gardens of the Round City. Ubisoft promises that Baghdad will be a bustling and dense city, with art director Jean-Luc Sala noting that “the inhabitants will respond to your every move”. Outside the city, we’ll also be able to visit Alamut, home to the assassins who laid the foundations of Creed as we know it today – although it has already appeared on the broader story, this is the first time the fortress has featured in an Assassin’s Creed game.

Assassin’s Creed Mirage’s gameplay takes the series back to where it started: stealth, fast parkour and fast, dynamic assassinations. According to Ubisoft Bordeaux, “Mirage has a little bit of everything from every Assassin’s Creed game, and players can look forward to returning to the roots [of the series] while trying out the gameplay and iconic features of the early games in a modern way. “This narrower focus, especially compared to Assassin’s Creed Valhalla, will be complemented by a narrative-driven approach to development and a more limited map for exploration. We steal because we are Assasins

According to Ubisoft, “Assassin’s Creed Mirage puts more emphasis on stealth than recent games”, which is built around “identifying, hunting down and eliminating a target, then disappearing”. To support the embracing of stealth in Assassin’s Creed Mirage, Ubisoft has reworked the detection systems to allow for greater sophistication and feedback from our surroundings. The developers have also better structured the city’s design (and rooftops) to allow the player to take a stealthy approach and introduced new tools to aid combat and escape – such as a detection well that releases a cloud of smoke when activated and a blowing arrow.

Parkour will be more critical than ever

Parkour plays a massive part in Assassin’s Creed Mirage, as it did in the first two games in the series. Traversing buildings and rooftops will be the primary form of spatial navigation in the densely layered city of Baghdad, and Ubisoft promises that this aspect will deliver a better experience than ever before. “We’ve accelerated the pace of parkour to make players feel agile and powerful as they traverse the city,” says art director Jean-Luc Sala. In addition, Ubisoft Bordeaux is bringing back many “beloved animations and iconic moves” from previous games and introducing new parkour moves, such as pole vaulting, to help Basim overcome immense obstacles. Assassin’s Creed Mirage will put a much greater emphasis on assassinations. The main assassinations will occur in what Ubisoft calls “Black Box missions”. These will take place within the districts of Baghdad, and you’ll have the freedom to choose the path to your target – for example, by blending into the crowd and following their path or following them from the rooftops. Mirage will introduce all-new assassin animations, new upgradable Assassins Tools and the ability to set up ambushes within the environment. Mirage will also introduce a new feature similar to the Mark and Execute mechanic introduced in Tom Clancy’s Splinter Cell Conviction, allowing Basim to perform multiple stealth assassinations at once.

The story of Assassin’s Creed Mirage will be more linear than recent games in the series. According to narrative director Sarah Beaulieu, Mirage’s “narrative structure is much closer to the first Assassin’s Creed games, in the sense that it is much more directional and linear than what players experience in the most recent AC games”. While there will still be freedom of exploration and experimentation, and you can choose the order in which to embark on assassination missions, Beaulieu says Ubisoft Bordeaux wanted Mirage’s story to be “a very intense and condensed narrative, with a clear beginning and end. ” 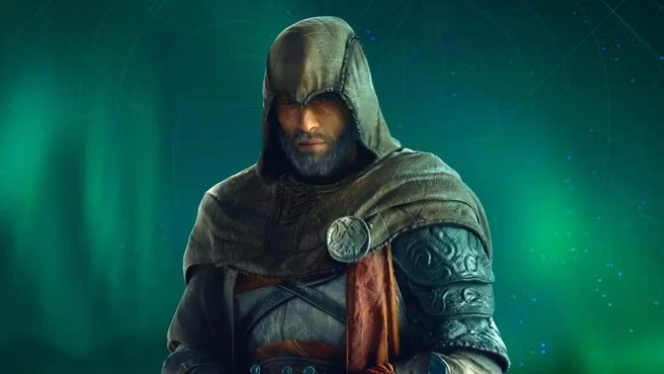 Assassin’s Creed Mirage stars Basim Ibn Is’haq as the protagonist. According to narrative director Sarah Beaulieu, Mirage “follows the transformation of a defiant young man into a sophisticated master assassin with a controversial destiny”. While Basim was a pivotal character in the events of Assassin’s Creed Valhalla, Mirage will follow the character 20 years earlier – and trace his transformation from street thief to Assassin’s Apprentice to Master Assassin. As part of this journey, we also get more insight into the Hidden Ones and the evolution of the ancient organisation founded by Aya and Bayek in Assassin’s Creed Origins.