Sniper: Ghost Warrior 3 – The Ballad of the Scoper… Returns… Again!1! PREVIEW – Have you always craved to enjoy the elements of the best shooters of our age in a format, where proper credit is given to the diversity of approach in modern-day warfare? Had it crossed your mind a few times, that in your previous single-player FPS games, you would’ve rather completed your mission objectives with careful planning and precise execution; instead of the simplified rail-shooting Rambo scenarios, you kept getting forced into? Have you actually played something like that before? Yes? Is your hunger for such fun not sated yet? Is it not? Well then…

Fear, not my friend, for the third Sniper: Ghost Warrior title is coming to you this April to fill that empty void in your soul! I know, I have such a void, and it’s screaming for more substance; even in the light of the fact that lately, these like-minded shooters can barely come up with new things to have you do or experience in earnest. The thing that gets shuffled about is pretty much limited to the methods of presentation and manifestation of the same core mechanics. Now looking at the available info on Sniper: Ghost Warrior 3, it seems like the Polish CI Games team has good odds at the races in the court of AAA games with their new AAA budgeted, well-produced open world shooter. I’m rather curious about this one. 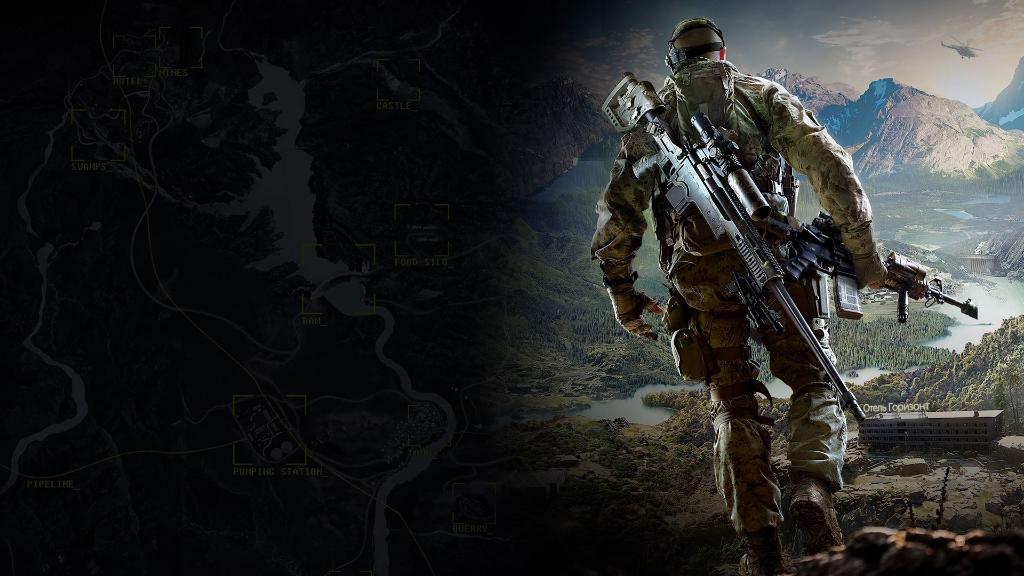 The shooter that’s due for some time now

Alright, I’m not saying this will set new standards or anything; but I know for a fact that there exists a whole camp of gamers for whom all the CoD single-player campaigns, or the Sniper Elite franchise, or the Battlefield games still leave things to be desired. The conclusion such minds might’ve come to could go something like this: “Okay, sounds good, looks good, I dig the animations, the models, hell there’s even a decent story, good voice acting; but why can’t a man enjoy all these wonders in a nice open world environment without all the territorial and tactical restrictions”.

I only figured that much, because that stuff crossed my mind almost every time I played a campaign with such restrictions, but then I brushed it off and proceeded to lay waste to the bad guys piling up in front of me. Then came Far Cry, and the Stalker franchise, and the other open world gems; but the whole thing just never really clicked for me. I wanted to play as the military-trained dude in proper combat gear from one game, armed with the freedom from another. It looks like the Polish guys at CI Games got just the thing for me in the form of Sniper: Ghost Warrior 3. 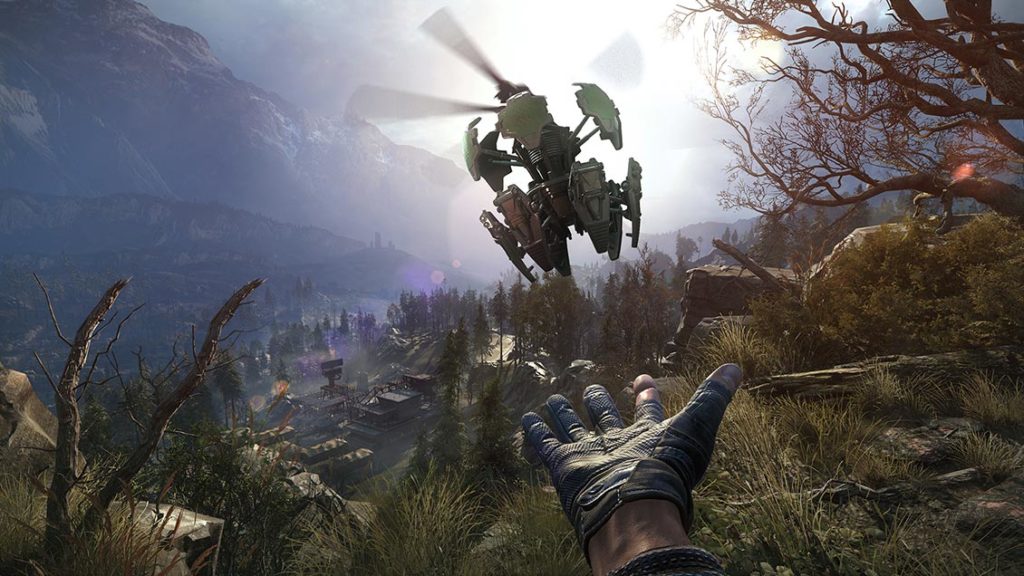 The story is based on the following: three factions are going toe-to-toe in Georgia (in this version of Georgia you see writings of all kinds in Cyrillic, and soldiers sport a heavy accent). Our protagonist is a total badass Marine captain named Jon (ffs, at least click twice on that army dude name generator, kthx), and… well, Jon goes to Georgia to take names and run all out of bubble gum. Oh yeah, Jon also has a score left unsettled with an old buddy from their shared dark past. Original stuff there guys, yay!

Anyhow this story might even turn out to be pretty decent depending on the pacing and execution, so I guess the fun factor of this part remains to be seen. Just in case, try to not expect Shakespearean heights.

So we get a sizeable sandbox area lush with hidden stuff, side quests, safe houses which also function as fast-travel points; seasoned with real-time day-night cycles and a dynamic weather system. We get to freely traverse all this space with our trusty car, our tactical drone, with a fair bit of climbing and parkour capabilities thrown in the mix. I achingly longed for a shooter game where I don’t have to suffer the physical incompetence of the military-trained ass kicker protagonist not being able to tackle things like… climbing a building to get a tactical advantage. So far, so good!

We get tactical freedom, and with it, we get three skill trees which are surprisingly named Sniper, Ghost, and Warrior. The game yields XP according to our methods of approach and execution, meaning; if you pull a job off Rambo-style, you will then earn more Warrior XP, and your character will become better at that kind of “tactical” approach, letting you expand your Warrior skillset. If you want some Ghost XP, it’s well advised to sneak around and practice some good old ad-lib surgery on lonely combatants, and then hide their bodies in the shrubbery for good measure. In case you need some Sniper XP, your best bet is to take out your rifle and start popping heads from vantage points. 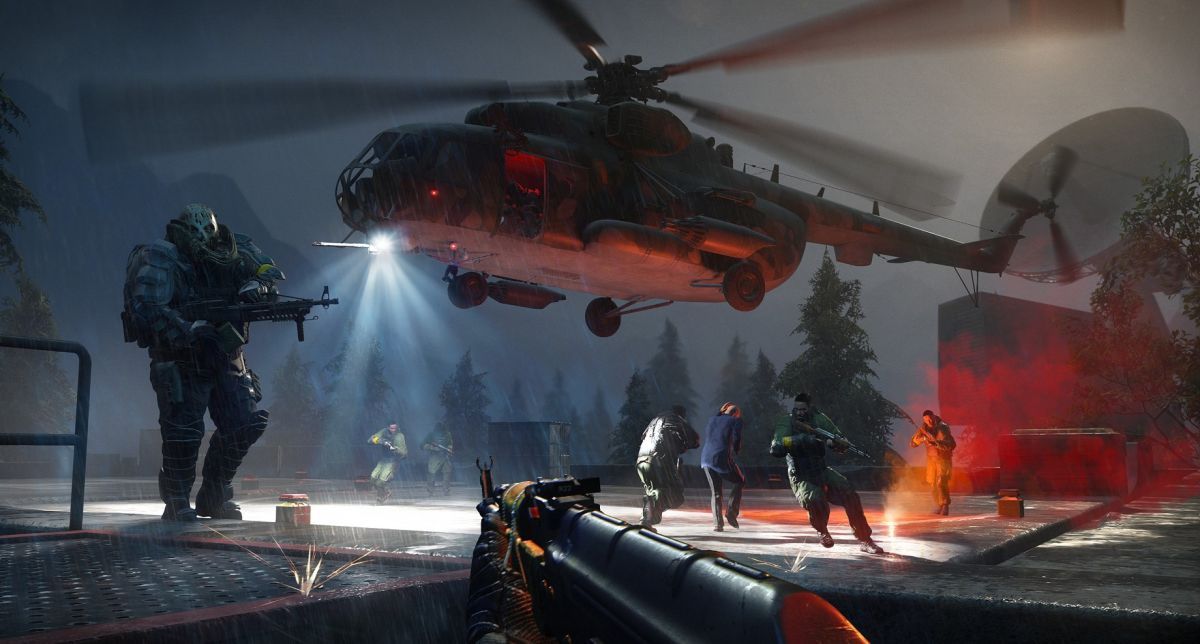 In your safe house, there be access to customizable ammo, goodies to stuff your rail mounts with (tac lights, laser sights, etc.), upgrades to your magazine capacity, and a bunch of other modifications waiting to be added to your gear. This part seems legitimately well-polished. The silencers get damaged with use, the ammo types have advantages and disadvantages, and all-in-all the entirety of the gear management has signs of having been developed with lots of love, care, and tactical bloodthirst. This is in large-part thanks to the creative director of the game, Paul B. Robinson, being a military veteran with 20 years of game development experience. Speaking of names, the story of the game comes from the pen of Mr. Jess Lebow, who is most known for his work on League of Legends, Guild Wars, and Far Cry.

The titular star of the game, however, is the sniping experience. And it’s good! Right, you don’t get your collarbone blown off by the kickback, but hey; there’s plenty of detail u can play around with. Shots are affected by the wind, bullet drop physics, gun position, player stance, and Jon’s breathing. Not too sure about humidity, but I’m also not too sure I want that feature in a game just yet. Just in case some of you alpha nerds manage to pull some sick streaks of 360 no scope headshots on hard difficulty; please, by all means, send it to us on video, for a chance to win the grand prize of… a… a bag of candies! Yay, right!? Do it!

The game, following its own customs, rewards the final shots of our conflicts with sweet-looking bullet cam scenes; adding some much-welcomed extra cheese to the already cheesy military porn vibe. I gotta say, though; the entire thing clicks very well with me. The index finger on Jon’s glove is properly cut off just like some actual military marksmen have it; and when we’re calibrating our scopes for the next shot, we can see Jon’s hand fiddling with the appropriate dials on the scope with some decent animations. Steps in the right direction with these details are always welcome. The action looks good and immersive, but a lot will depend on the AI routines of the final product in this regard. Let’s hope for the best.

…is a debt we’ve seen paid a million times. The deciding factor to whether or not it’s worth picking up will much rather present itself in the ways this promise will be kept. The basics of this game are copied from all the good shooter titles we played in the last couple of years, and it seems like the quality of production is up to AAA standards this time around. We’ve seen all this before in the Far Cry franchise; yet this time we finally get to play in a military setting as a military dude with proper military gear, instead of a tourist turned freedom fighter (okay, we got all that in Far Cry 2, but meh). The game debuts in April, and it would be nice to see some improvements on the animations and sound effects; but even in its current state, I believe, I’d have a nice time licking shots left and right in Sniper: Ghost Warrior 3. Best wishes to the team at CI Games to make this thing work well! DcWolf is a hardcore gamer since 1995 and a beginner game designer. He prefers competitive FPS games but also open-minded for every game which includes a great story or great ideas. He can use magic spells from Hungarian, English, German and little bit from the Japanese language. He loves cooking but it’s a secret.