Ghost Recon: Breakpoint – The Ghosts Pass from Hunters to Survivors PREVIEW – A new video game of Ghost Recon, based on the experience of the saga inspired by the Tom Clancy license. That is Breakpoint, a title that takes us to a fictional island, with a technological threat and a strong climate of survival. From hunters to be hunted in a game of infiltration: that’s the premise of the Ghost Recon: Breakpoint!

They tell Ubisoft Paris that everything is part of the creation of a world. This is how Ghost Recon: Wildlands was born. One of the developers points to the slide screen and points to a number: 3000, which represents the amount of personnel involved to create these titles: “It’s a great effort,” he adds. He assures us that they always do hindsight because it is fundamental in the company. Something like looking to the past to understand the present and set an objective towards the future.

This is how they are creating Ghost Recon: Breakpoint, as real fans of the Ghost Recon saga and the Tom Clancy brand, trying to get “the best and greatest” delivery to date. Ambitious words, summarized in a new environment, the commitment to a technological theme, a fearsome enemy faction and a renewed gameplay. Thus, following the steps of Wildlands, but with a new horizon, is how this interesting project is built, with the synergistic collaboration of eight internal studies and more than 100 developers.

They tell us that sometimes they have communication problems, but that the passion for the Ghost Recon brand keeps them together. This time, with Breakpoint, more than ever, because they have had technical challenges, to raise things we had not seen in Wildlands … but also playable challenges, to raise a climate of survival that we had not seen before. This is the promising bet of Ubisoft that we will see on October 4 in the stores: a game of infiltration in the open world that has been created for two years fixing the attention in all the trajectory that the brand had followed, giving rise to a global universe and with sense. We tell you what we learned from our contact. Ghost Recon: Breakpoint is, by definition, an open-world infiltration video game. We want to offer the user the possibility of facing situations in many ways, from stealth to the most unbridled action. For this, the developers rely on the four available classes of launch (assault, panther, sharpshooter …), but also on the opportunities of equipment -very wide- and in those actions that we saw in Wildlands, such as the possibility of marking enemies, perform melee executions or send a drone to do the dirty work.

Those responsible say that it is the “biggest game they have done to date”. But what seems to really matter is that Laura Cordrey (Community Developer) assures that it is not a simple improvement of Wildlands, since we have the option of camping in the open world, of transporting bodies, of healing wounds, of opening fences for to infiltrate, to slide down slopes … Breakpoint raises more options so that the playable freedom shines. In a sense, the game seems to show what Hideo Kojima did with MGSV: The Phantom Pain. That is, a game in which you are offered a goal, but you have multiple ways of dealing with it. It promises, and therefore it will be important to check what it is capable of.

“The missions of the campaign help to understand the mysteries that the island hides, but the way you approach them depends on you. The gameplay depends a lot on the environment, and I think that is an aspect that gives authenticity to the game.” 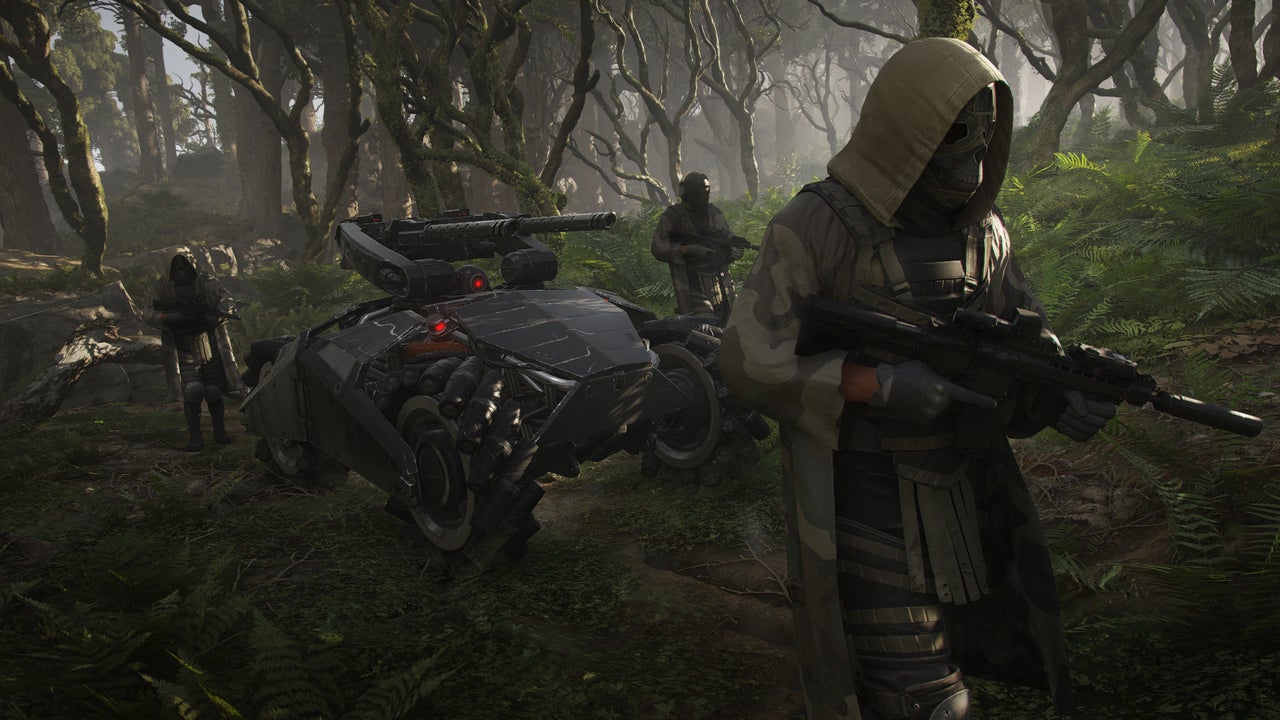 The Ghost Recon series leaves Bolivia to go to a lost island somewhere in the Pacific Ocean. We are told from the studio that this decision has not been based on any book by Tom Clancy in particular, but on the experience in previous games. Basically, they wanted to create something new, and this led them to think that maybe they should try their luck with a fictional scenario. This is something that has allowed them to raise things that we had never seen in the saga. To begin with, the world presents a great diversity of landscapes, in what they describe as “a precious massive environment”. We do not know the extension, but there will be more military vehicles than in Wildlands.

It is striking how alive we all feel, with a dynamic climate that, during our demonstration, led to the appearance of rain while accessing an enemy camp. And the best thing is not this, but this factor allowed us to start the camouflage with mud, making possible a higher level of infiltration. Therefore, nature takes centre stage, with vegetation caressed by the wind and an ambient sound that becomes predominant while we play. This careful acoustic setting is one of the best-treated aspects, making music appear in a few but very timely situations.

“In Breakpoint, the world can be an ally or an enemy. We have designed mechanics to analyze each situation and decide tactics. It’s great to have an open world, but if you do not take advantage of it, it’s a lost opportunity.” 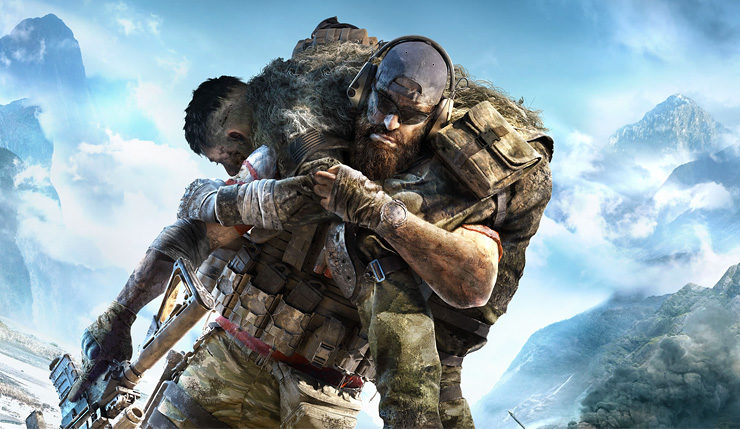 Nothing is white or black: narrative importance

Ubisoft Paris claims to have focused on the narrative. The best demonstration is in the enemy faction, the Wolves, “one of the most powerful that the Ghost have had to face”, in the words of the developers. Leading them is a villain, Cole D. Walker, which perhaps most surprising is that he is played by the actor Jon Bernthal, which you probably know from his work in the series The Walking Dead, acting as Shane. In fact, he has a wide cinematographic career, with other roles like Punisher in the Marvel series. This follows the trend of Ubisoft that has become so prominent in the Far Cry saga. That is, create a charismatic villain, in this case collaborating with Hollywood stars.

More details? One very curious is that a new free operation has been incorporated in Ghost Recon: Wildlands, which serves as a narrative bridge to Breakpoint. Here we are already presented to Walker, and we can play with him. We will see that he was a ghost, and will help us understand why he went over to the other side. As you see, he promises. From the company ensure hours of cinematics, but also the opportunity to make decisions in dialogues, in the style of BioWare. Implications? The developers did not give us clear answers about it. We will have to wait. But they did make it clear that they do not want something caricatured, or that there is a single answer to the problems that arise.

“I think the narrative decision making was something that fit with a Ghost Recon, and it has been interesting to see how users are immersed in the game through this dynamic choice of answers.” 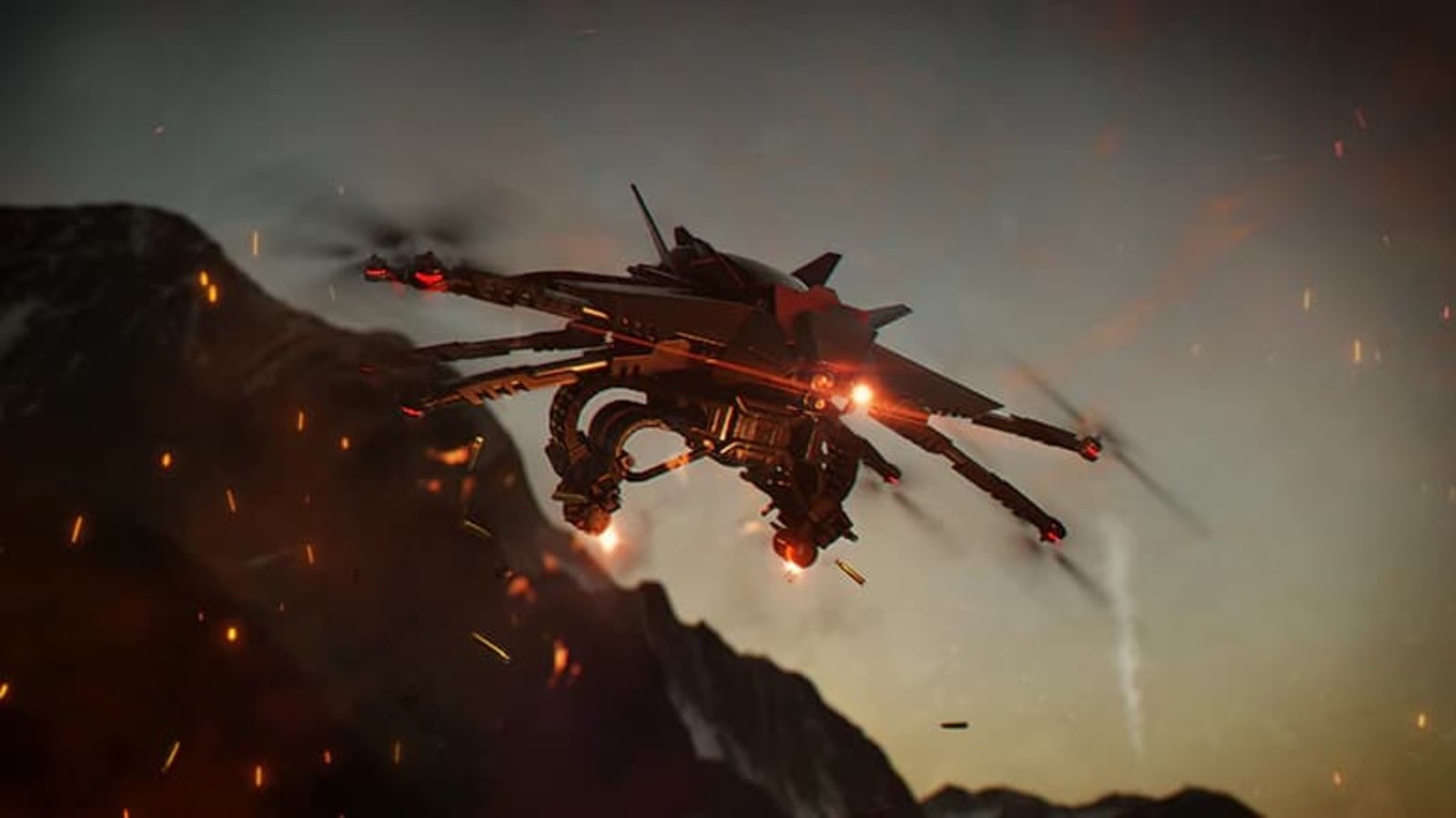 Here you are the prey – the attack of the drones

Ghost Recon: Breakpoint takes the form of a technological dystopia with a powerful organization (Skell Technology) involved, which – for one reason or another – ends up sowing chaos through an army of drones. We do not know exactly what is behind all this, but something dark is cooking, and we will go to a mysterious and remote island to try to end the situation. In Ubisoft they qualify it as “the most dangerous place on Earth”, and in fact, we will not act as hunters, but we will have no choice but to be the prey.

This time we will not have a briefing or elaborate plans. From the French company say that this time the enemy is the one who is alert for our presence and awaits us. Therefore, our way of acting must be different from other games in the series. They put emphasis on artificial intelligence, and explain that not only will we have to flee from flesh and blood enemies, but also from the drones themselves, which function as one more inhabitant on the island.

“You will feel in constant pursuit because in the game world you will find yourself with drone patrols. If you are recognized, the enemies will be alerted and will go after you. This is a mechanics of cat-mouse chase in the open world.”

In Ubisoft Paris, they presume to have as an adviser a military adviser, who has worked for 14 years in the Special Forces of the US Army. This is Emil Daubon, writer of the game, who explains that his main goal has been to bring users the experience of being behind enemy lines. This, in terms of playable design, is manifested in the need to camp to feed our character, hydrate and even heal by creating items of the style of bandages.

There is some crafting, but also the possibility of improving skills such as marksmanship, stealth, camouflage, etc. And that’s not to mention the weaponry. Ghost Recon: Breakpoint aims to embrace the realism of survival and military tactics. He wants to be authentic, and that’s why he includes new actions, like carrying a dejected companion on his shoulders. The sense of brotherhood is part of the authenticity, as well as the presence of civilians on the battlefield, as we have seen in this demo.

“We have worked with all the game development departments to give details that, in the end, bring realism to the world we have created. Thus the soldiers show greater authenticity, even though they are in a fiction.”

Ghost Recon: Breakpoint offers the option of playing solo throughout the campaign, but as in Wildlands the most satisfactory option will be cooperative for up to four players. The biggest novelty? That this time the progression (skills, customization, weapons …) is shared among all game modes. “This is something that totally changes the way you play a Ghost Recon,” they tell us from the studio. The progression is unique for all game modes, including individual game, coop, PVP and also raids.

Breakpoint will have PVP from the moment of the launch (October 4) and also raids that are considered as “endgame” content, which they say will be highly challenging and very rejuvenate. In this regard, from Ubisoft Paris, they claim to have a full post-launch campaign to support their long-term play. Apart from the aforementioned raids, which is recommended to play cooperatively, we will have new history content, as well as events of different types that will be detailed with the passage of time.

“We have tried to give users many game options so as not to force them to follow a linear path. We have the main story, but also secondary missions, and daily missions that we will be proposing. There’s a lot to choose from.”