RETRO – We present you with thirteen video games, which suffered a so-called “development hell”. While some games ended up being masterpieces, others failed, but all shared a thorny path.

Just a few days ago, we got to know the sad story of Ghost Story Games; Ken Levine is recognized in the industry for his brilliant ideas in video games and his terrible skills to lead teams. Unfortunately, as you will see, this is not the only case of tortuous developments. Some problems that Irrational Games already suffered during the bumpy development of Bioshock Infinite.

Today, we wanted to talk about one of the bitterest faces of video games, those titles dragged by different development problems. Changes in approach, adaptation to new development technologies, there are many problems that can lead a study to go through complications, on many occasions, directly affecting the workforce with endless working hours and serious consequences in terms of stress and anxiety. In some cases, they have to do with a lack of planning, others see how time passes, and they are still not ready.

Currently, we know of some cases of games with obvious problems in their development, such as Skull and Bones, Ubisoft’s pirate adventure has gone through endless delays, lurid accusations between its directors or the recent loss of the leading designer. Another of the most notorious cases today is Vampire The Masquerade: Bloodlines 2, having gone through such a critical state that it almost ended with its cancellation.

On this occasion, we did not want to include projects still in development, nor those that ended up cancelled. We have gathered 13 examples of games that ended up seeing the light, even becoming authentic masterpieces in some cases, but that underwent a development of nightmare. The third instalment of the Bioshock franchise experienced absolute chaos in its development, leading to episodes of intense crunch to get to meet the scheduled dates. The disorder at the command was such that they needed to hire Rod Fergusson exclusively to get the ideas of Ken Levine, their director, organized. The game ended up getting a successful launch, although some parts, such as multiplayer, were scrapped. 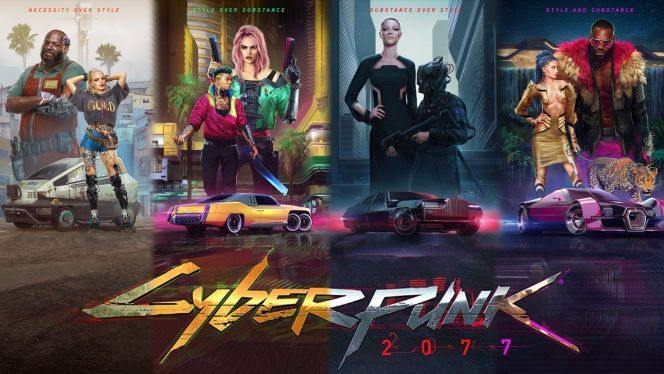 CD Projekt Red’s latest great triple-A has been one of the bumpiest developments the industry has seen. Since its announcement in 2012 and subsequent trailer in 2013, it was seven years marked by constant delays until we could play Cyberpunk 2077. In the last few years, severe accusations of crunch, suffocating and unrealistic developer deadlines, and a few console versions hit the market full of problems. BioWare’s promising shooter-looter served as a cover letter for what was to be almost an outpost to the next generation. This technical spectacle ended in an aimless project, as explained by the BioWare creatives. Among the many problems they faced, the choice of Frostbite technology would be the studio’s Achilles heel for a mammoth project in which the developers were severely understaffed. After one of the most beloved and revered trilogies in the video game industry, Mass Effect: Andromeda arrived accompanied by great expectations. However, development ran into, as in the case of Anthem, problems when it came to employing Frostbite technology, with the departure of key members of the creative team and impossible deadlines that resulted in cuts to content and script, all accompanied by technical problems. The story of the complicated development of Final Fantasy XV that of the entire Fabula Nova Crystallis, an ambitious series of games that hosted the Lightning trilogy, Final Fantasy Type-0 and FFXV, in a universe of its own that was crumbling over the years and course changes. Among them, the most famous was Final Fantasy Versus XIII (later FFXV), a project that lasted forever, undergoing drastic changes in its engine, direction, and plot. The development of Kingdom Hearts III shared much of the problems of Final Fantasy XV, with a Tetsuya Nomura previously focused on FF Versus XIII (FF XV). In 2013 the game would be officially presented, finally arriving throughout 2019. Along the way, the title would undergo an engine change at the request of Square Enix, something that would mean a decisive setback for Nomura, who was very critical of the company’s priorities in terms of the emphasis they gave it. Fumito Ueda’s new work after Ico and Shadow of the Colossus began its journey in 2007 with a presentation for PS3 in 2009. Since then, the wait for The Last Guardian went from extreme interest to disappointment, while, in the studio, the management left the ship to work independently. With this scenario, many considered the game cancelled until 2015 it appeared again at E3 to reach PS4 in 2016 finally. The development of the sequel to the award-winning Naughty Dog work was not a bed of roses; following its unexpected presentation at the PlayStation Experience in 2016, many workers would denounce a work culture founded on crunch, with several reports pointing to this dynamic already a lack of coordination with their producers that prevented optimizing efforts. The final stretch of development was marked by delay and content leakage on the Internet. In the same vein as The Last of Us: Part II, the sequel to Red Dead Redemption was another title that experienced a storm of accusations around its work culture. Working days of more than 100 hours a week, sad employees and several delays for a development that came to extend up to eight years. In their different offices, some of the testimonies of the employees confessed that they had managed to stay up to a year in a crunch situation. The development problems of Halo Infinite have been evident, especially after the episode lived during the criticized presentation of 2020. The game’s original launch coincided with the new generation’s, while reports reflected a dramatic internal situation throughout 2019. Although the title would eventually be delayed and its formula successfully rethought, it was still forced to sacrifice some of its launch content to meet the new date. A year after the successful Diablo II hit the market, Blizzard got down to business with the third instalment in the series. The first project was in charge of Blizzard North, more ambitious and replacing hell with heaven. In 2005, the company closed Blizzard North, changing the studio and cancelling the initial project. The Irvine studio would take over, ending up on the market in 2012, 11 years later and with a lot of work still ahead. Duke Nukem was a myth in the 90s, yet Duke Nukem Forever is one of the industry’s most prolonged and most disastrous developments. The project was introduced in 1997, taking advantage of the popularity of Duke Nukem 3D. In 2009, 3D Realms shut down by cancelling development. The game had gone through an engine change and constant delays. Finally, it would arrive in 2011 by the hand of Gearbox Software surrounded by criticism. Daikatana is the perfect example of tortuous development. John Romero left ID Software to develop his creative vision, accompanying an aggressive marketing campaign. Romero did not have qualified programmers to carry out the game. After being dragged by the new instalments of Quake, forced to change the game engine and scrap most of its development, he ended up with a rushed launch for a disastrous title.