The Legend of Zelda: Breath of The Wild – Freedom With a Glider PREVIEW – With the full reveal of the Nintendo Switch, the company has left the biggest blockbuster of their lineup for the end of their presentation. A sweet, and hefty three-minute video have provided an epic feel for the new entry to the Zelda franchise, a long dead world, an amnesiac Link, and a Princess once again in peril, plus voice acting?! It seems that this entry will be a huge departure from the previous Legend of Zelda games, and might go back to its roots, with its old open world endeavors.

While the previous games were linear, and heavily focused on the narrative holding the player’s hand, in this entry you are simply dropped into the world of Hyrule, and of you go into the mystical land to figure out just what exactly has happened. Much anticipation and hype have surrounded this game, and with only two months away from release to the Wii U and Nintendo Switch, so let us take one final look at The Legend of Zelda: Breath of The Wild. 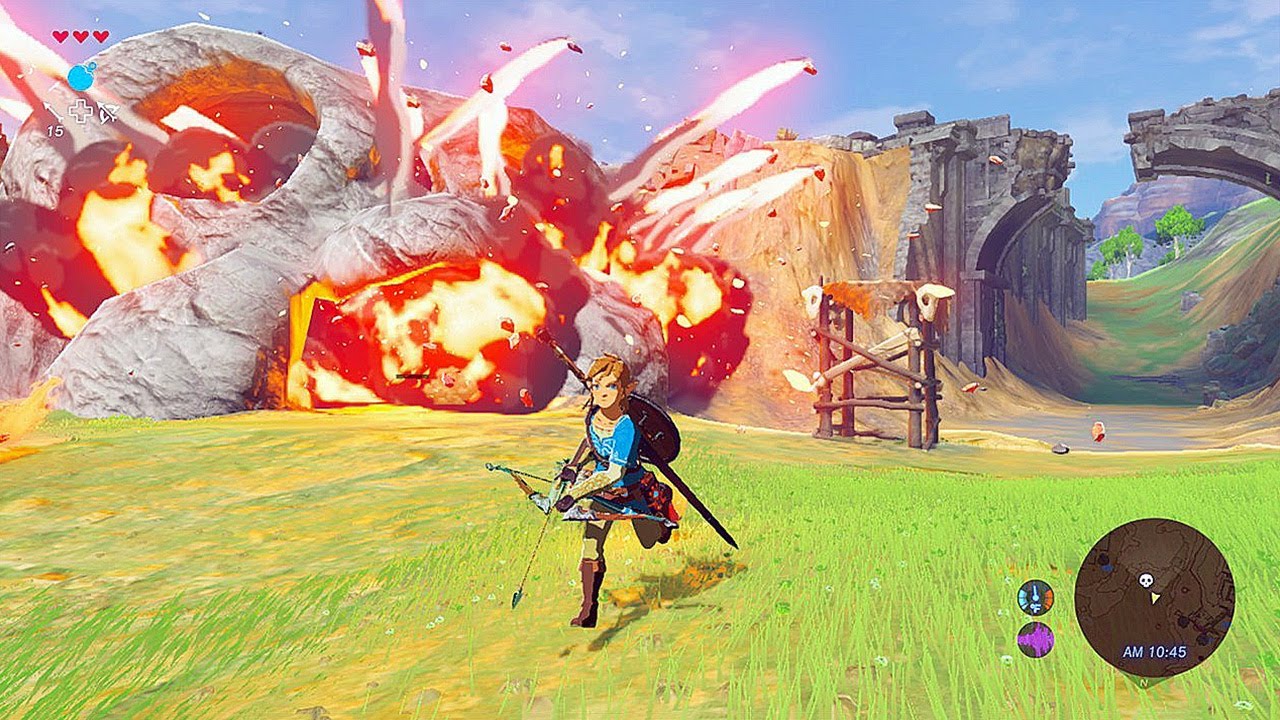 While the series has been on the colorful side, the story for Breath of The Wild seems rather depressing in a way. Hyrule is in ruins, and the once great land has been wrecked by the battles between the forces of good vs. evil. Gannon, named here as Calamity Gannon has been sealed away in Hyrule Castle. A hundred years later Link is awakened from his hibernation, and tries to piece together the current situation of the land, as Gannon although sealed away, is growing stronger by the day. Link sets off into the wild due to the call of Zelda to try and save the land before it succumbs to the Corruption.

While the story sounds linear, and a bit too cliché, the developers have stated that you are allowed to tackle the main storyline when and wherever you want to, as Link you can roam around the world as free as you wish. Another big departure from the series is that voice acting is now present in the game, which was never used before. So it should be a new and exciting way to interact with the characters and hear their voices for the first time, as the games previously just had text conversations. 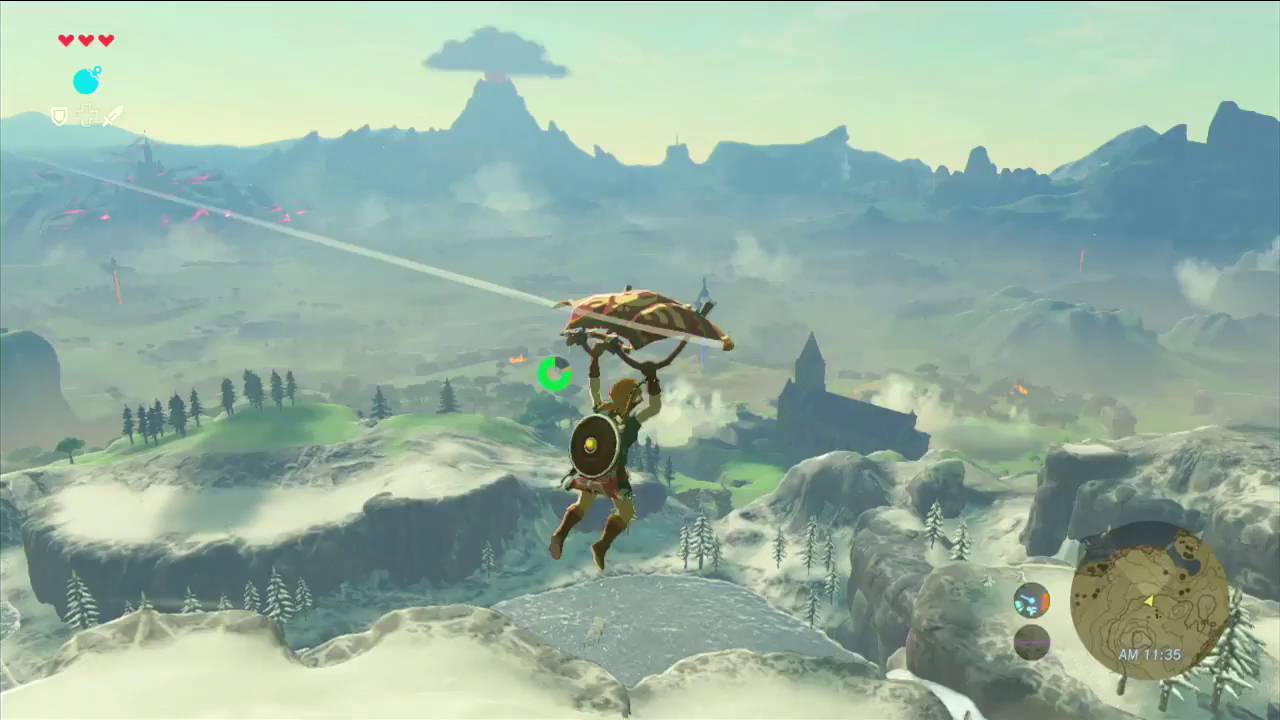 Explore the World of Hyrule!

As mentioned above with Link the player will be able to explore the ruined world of Hyrule. Link can climb, swim, run wherever he wants to, so just like Todd Howard’s old claim for Skyrim:”See that mountain over there? You can climb it!” is also true here. A few gameplay clips showed link climbing a mountain and then gliding down from the top of the mountain.

It provides unparalleled freedom for the player, and Link will also have the chance to gain loot, armor, and new weapons over the course of his adventures. Speaking of weapons, they break after a certain time. Food can also be cooked to gain health, plus we also have an item called Sheikah Slate which acts as a map, allows for the creation of waypoints, and can show enemy stats. The Slate can be upgraded with Runes found throughout the world it can be upgraded to receive different powers: creating bombs, controlling objects, or even stopping time. We also have an Adventure Log that helps the player keep track of the main quests, and side quests.

The game will also support Amiibos which will allow for some neat interactions and gameplay changes. Not much has been revealed as to how this will work, but one instance is if that we have the Wolf Link Amiibo, Wolf Link can be summoned as a partner for the game.

Regarding graphics, Breath of The Wild looks great, but the best version will be the Switch one, as even in the Handled mode it is rocking a good 720P, while in docked version it will run around 900P.

Is This the End?

The Legend of Zelda: Breath of The Wild feels like both a departure and return to roots. In many ways, it is a fresh take on the old franchise, and it was needed after Skyward Sword. Hopefully, the full release will be great and will be one of the Switch’s best exclusives in 2017.