Paragon – A waste of effort PREVIEW – Epic Games has decided to enter into the realms of a bloated industry called MOBAs. That sweet, sweet esports cash was irresistible for Sweeney and the gang. While Cliff Bleszinski is off doing LawBreakers, Epic decided to announce, and later release Paragon, a science-fiction MOBA game with a bunch of weird heroes with guns, swords, and magic.

Now pardon my skepticism, but I have to be upfront about this game. Even though this is an early access title, I feel that Paragon is once again the victim of Interesting characters ends up in an MOBA field situation. The characters are fun regarding design and weaponry, plus they are very detailed. However, the gameplay ends up being mediocre rather quickly and convoluted. 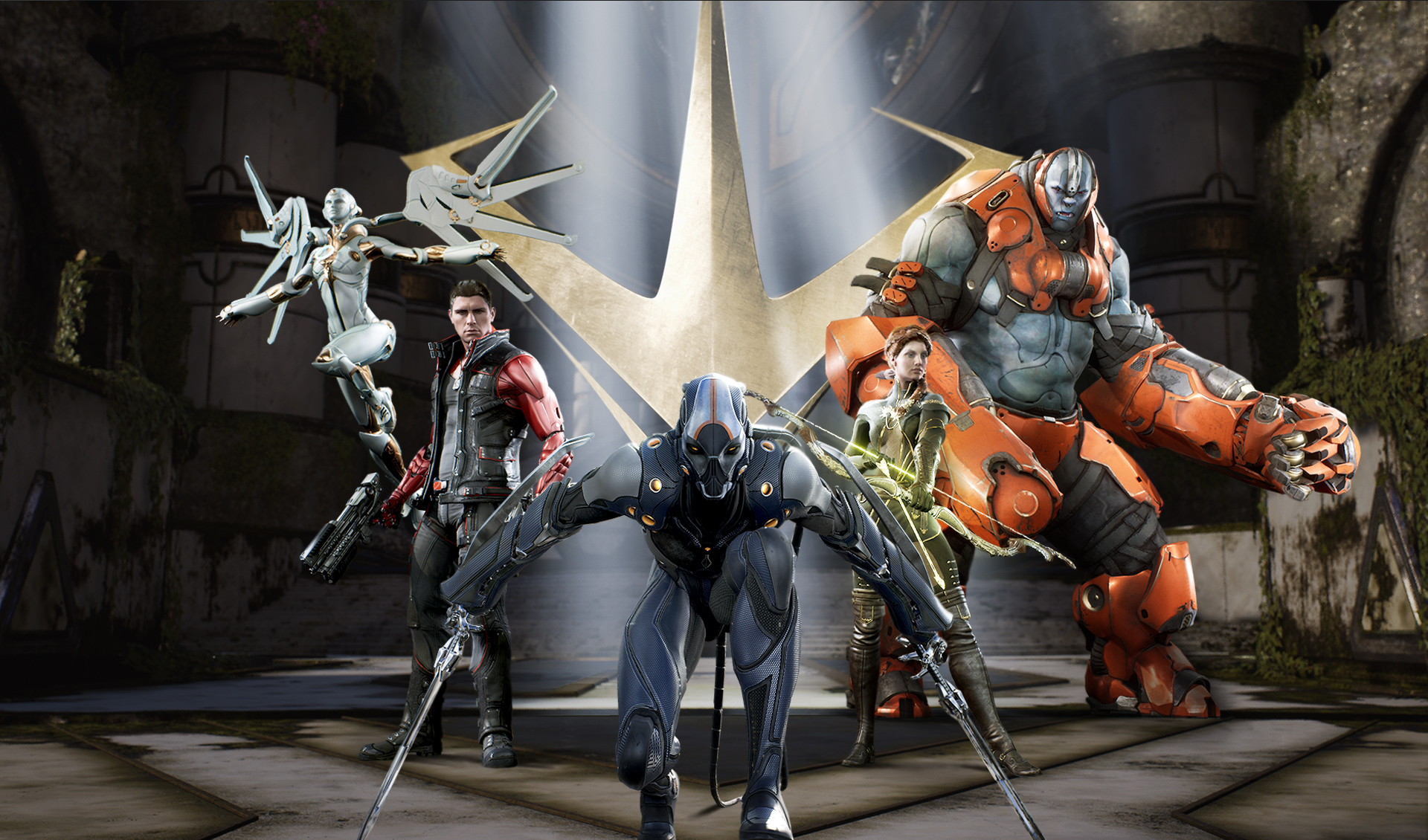 The game takes place on a three-lane map, with towers, inhibitors and the main part of the base. Just like in any other MOBA, so far so good. The map is beautifully rendered and looks gorgeous.  We have multiple characters to select from, a few locked behind Paragon levels ( you need to win a few matches against an AI or players to unlock them). There is melee, and long range characters, most of them have a specific role in the game such as support, healer, assault, or spell caster (just to name a few I found).

So this is all fine and dandy, but the issues arise with the gameplay. While Paragon looks gorgeous, it lacks any depth regarding the environment and animation. Sure that Unreal 4 Engine does the job great, but when most of your assets and animation move less than Warframe’s you do not get to be proud of visual fidelity.

For instance, when I was floating around with my character I thought I could climb this tiny hill to go to the other lane. Nope turns out you can only move around corridors and the lanes. That is disappointing, to say the least especially in such a great looking game. 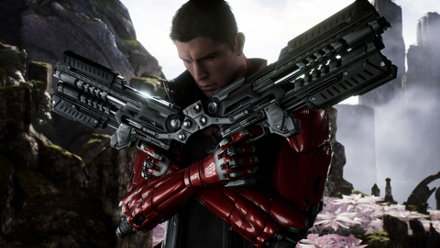 Okay well, maybe the combat is great? Eeeeeeh it is actually horrible. I get that MOBA games mean that combat is static, but for Paragon it would have been great for actual knockback physics. You just throw spells, ammo at each other until one of you drop dead. The effects are nice, though, all of the spells and gun shots, shields are unbelievably pretty.

However even with all the prettiness comes the ugliness which is the UI. It is cluttered to hell. On the upper left side, you have the objectives, on the upper right side if you level up you can upgrade the skills you have. There’s also a map, a skill list, and we have not even talked about upgrading your character with cards… oh jesus. The game is a goddamn mess when it comes to its UI. Cluttered with notifications, skills, a health bar, and other “important things”.

Instead of items, you get to choose cards at the beginning of the match, and later as your team, and you kill the enemy gain XP and Card Power. What does card power mean? You get to upgrade your card abilities further, to deal more damage and get more health. 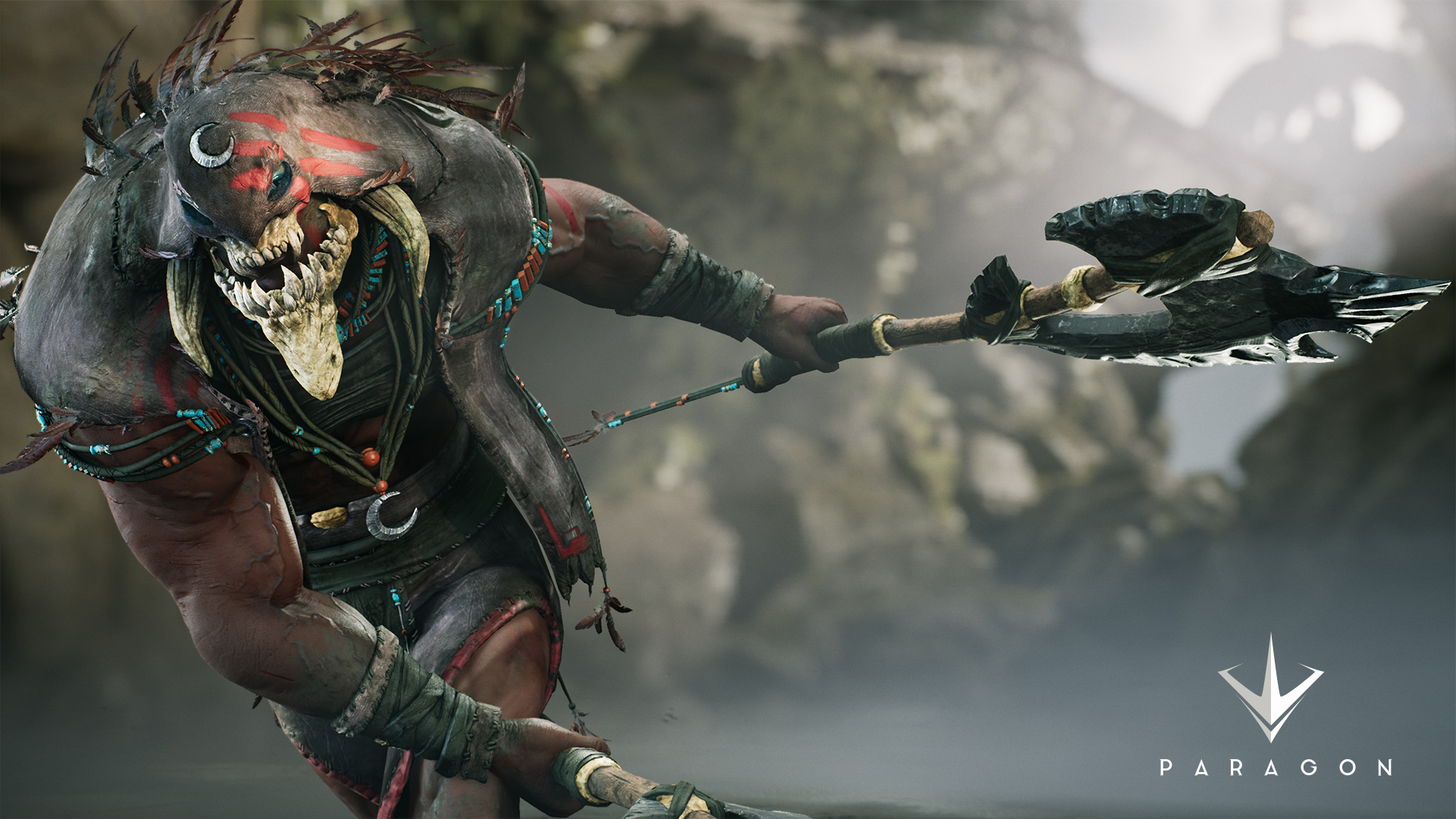 Can I stay Renegade?

So not only you have to upgrade skills, but constantly mess around with cards that you pick that you can later upgrade by picking more cards. I mean MOBA influences are great but when the UI is cluttered to hell, and the upgrade paths are not the easiest you have to wonder who this game was made for.